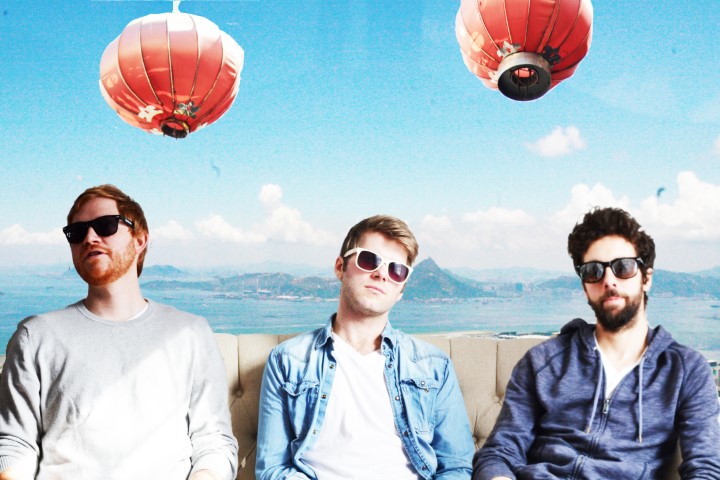 Adam Warren, Ryan Brown and Gavin C Maclean, collectively referred to as Glory Glory, are set to release their latest EP, So Long, on April 8th. We got a chance to ask them a few questions prior to the release.

What would you say to someone who hasn’t heard Glory Glory before to get them to listen?

GG: Don’t be afraid to try new things! I’ve really tried to embrace that lately with my listening, and it’s changed my life for the better. Do it. C’mon… please??

Your new EP, So Long, is set for release on April 8th. What can fans expect with this album?

GG: I hope long-time fans are pleasantly surprised! I think we’ve really taken a step forward over the last few years with the new material we’ve been working on, and I feel like we’ve finally fully recovered from being in music school…. By that, I mean that we’ve fully embraced the idea of being a “pop” band (at least, our idea of a pop band) and I think the new record really reflects that. We haven’t lost any weirdness, but I think we’ve managed to at least bury some of it to a subliminal level.

The EP was mixed by Justin Gerrish who has also worked with The Strokes and Vampire Weekend. What made you want to work with him?

GG: Well, the main reason is that he’s so good at what he does… We were looking to step up the production value with the new EP, and had made up a shortlist of producers and mix engineers we potentially wanted to hire to do it. After hearing “Diplomat’s Son” on the dancefloor at my brother’s wedding this summer, I got really into V W, checked out Justin’s credits on allmusic (it’s crazy – he’s worked with Muse, Prince, Herbie Hancock to name a few) and decided he was the only guy for me. It also helped that he was super nice, and really easy to work with. We’re already making plans for the next record,we’re really excited to work with him again!

You’re headed to Brighton in May for The Great Escape Festival. What bands are you most excited to see play?

GG: Ha there’s WAY too many to name them all, but we’re really excited to see Rah Rah, Circa Waves, Kelis…

If you get a chance to do any sight seeing, what are you most excited to see?

GG: There’s so much – Trafalgar Square, Buckingham Palace, the underground, the Tate, the London Eye, I could go on and on.

GG: We’re pretty all over the place genre-wise (we pretty much like some of everything), and it’s always changing due to whatever new stuff we’re into, but some of the constants in the van are Radiohead, the Beatles, Marvin Gaye, the Roots… More recently, I’ve been listening to a lot of New York indie bands – Twin Shadow, TV on the Radio, Grizzly Bear, Vampire Weekend, and a lot of dance music – Robyn, Atoms For Peace, Caribou, Daft Punk, anything with Nile Rodgers playing guitar on it.

GG: I would love to have ?uestlove produce our band someday, or Johnny Greenwood – but being more realistic for where we are at the moment, we’ve been talking with our pal Charles Blazevic (Dreamsploitation, You’ll Never Get to Heaven) about working together on something for years – I’m really hoping 2014 is the year we get to do it.

GG: Man there are so many amazing bands in Canada – some of my current favs are Plants and Animals, Wintersleep, Caribou, Feist, Land of Talk.

Seriously, we love you.