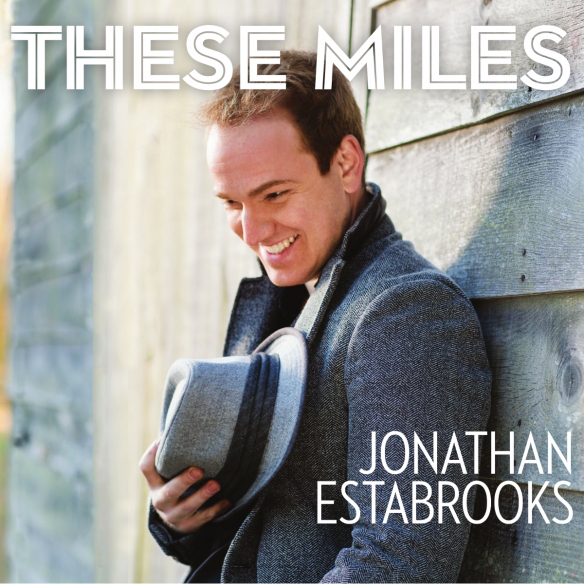 Jonathan Estabrooks is releasing his debut album, ‘These Miles’ on April 8th of this year. The Ottawa native is trained in Opera singing and has done a twenty city tour across Canada. Because he is a versatile artist, his style ranges from opera and classical to pop and crossovers.

The album runs 12 tracks with a total playing time of 51:02. Jonathan is a baritone singer and the songs on this album do a fabulous job of showing off that vocal range. Baritones tend to hold a more soulful sound than tenor, alto or soprano, and Jonathan definitely has a soulful sound. The sound of the album in general is a mash up between classical and pop, which gives it an interesting twist. I found myself mesmerized by both the sound of the music and the sound of Jonathan’s incredible voice.

Every song on the album is a cover of a classic song, but they are covered so well that you would think they are original to Jonathan. His voice suits the songs to beautifully, that they sound like they were written by him and not someone else.

To give a general example of the album, I would recommend listening to the first track “Play Me”. It is a good introduction to the album and is already released. If you want to decide whether or not to listen to or buy the entire album, have a listen to “Play Me”. If you like it, then you will enjoy the rest of the album.

It’s been a while since I’ve heard an album like this, and I really enjoy the sound. It’s like each song has a story, but each story plays into the other songs, even though they are all written by different artists. Jonathan delivers each song with amazing vocals that are awe-inspiring and very visual; you can easily put picture to each one.

“These Miles” definitely has an older sound to it, but that doesn’t mean that the younger generation can’t find it appealing. Sometimes it’s good to take a break from the generic pop from today and let your soul relax into an album like this. It’s a really good de-stresser to just sit back and listen to some amazing classical music.

Overall, the sound is amazing, the vocals are incredible and the music is phenomenal. The album is sure to make it onto my shelf. It is a sound that any music fan can appreciate, stepping out of today’s mainstream music and plunging into a musical world that does not receive enough credit, but does wonders for the listener. It’s one of those albums that will never get old.