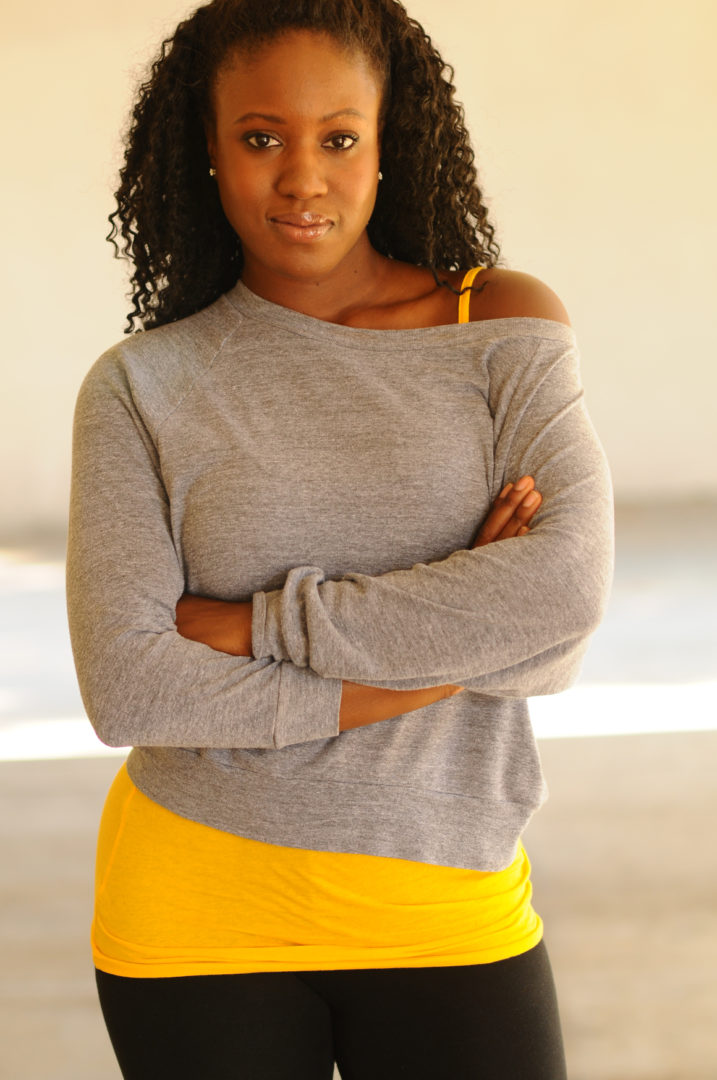 Denosh Bennett was born in Toronto, Ontario into a Jamaican family, Growing up she was encouraged to sing in church, and she later attended Toronto’s distinguished high school of performing arts and made a name for herself as a recording artist. She later moved on to New York, landing a gig with Mariah Carey’s Butterfly, and she was also cast in the Tony Award Winning musical, “Hairspray”.

Since then, she has toured as both a dancer, and a singer, working with many big name acts in the music industry. But it didn’t end there, she was also on MTV’s hit series, “Making the Band 3”. I bet by now, you want to know much more about this multi-talented artist, well now’s your chance. I had the chance to ask Denosh a few questions during an email interview, and here is what she had to say.

When did you know that you wanted to pursue music as a career path?

DB: Good question. Probably since I was 5 years old. Had no idea how, but I just knew this is what I wanted.

DB: My parents always had music in the house, my mom was instrumental in me joining church choirs from a young age, my dad had R&B and reggae playing all the time. But the first time I heard Whitney Houston sing, that was it for me. I was like “I wanna do that, just like her”.

You are a dancer and choreographer, and have performed with many big names, such as P Diddy, Chris Brown & Jay Z, who else would you like to perform with?

DB: If Bruno Mars decides he needs to switch it up, I’d love to perform him. Maybe Adele too, but Prince is my dream gig.  I think I might retire after that.

On top of your dancing career, you also have done backing vocals for artists such as Justin Timberlake, Rihanna & Drake, who has been your favourite person to work with?

DB: They’re all amazing and at the top of their game, so I’ve learned different things from each and had equally amazing and unique experiences.  Drake was my first Canadian and Hip Hop artist, so it has a special place in my heart, and JT was the first time I got to sing and dance together on stage. I also toured with Alicia Keys last year, which was a dream gig too. She’s graceful and beautiful and talented, I’d love to do what she’s doing, in my own way of course.

Your debut CD, “Back 2 Front” established you as a solo artist, how would you explain the difference between being a backing artist to becoming front and center in your solo career?

DB: You definitely have to wear different hats.  As a BGV (background vocalist), sometimes you have to become another version of the artist you work for, assimilate, and let go of your identity. You can get used to it to the point that you forget who you are as an artist, and remembering is the challenge and the key to redefining yourself. Also, by working with the top artists in the world, you gain so much, but then you compare yourself, and criticize yourself alike, and others do too. It’s hard to stop, and take the time to work on your own project. Many singers get stuck, and never do.

DB:  A much more soulful expression of where I’m at right now, and where I’m from.  I’ve grown so much musically and I’m finally very comfortable with who I am, and very excited and anxious to share it. My last project was who I was at that time; more pop and R&B.  This one will be the artist I’ve become. I’m a songwriter, but I plan to be much more involved in the production too!

Do you have any advice for someone trying to get into this industry?

DB: Proceed with caution! For real though, you really have to love what you do, and not just do it to become famous or a star. That could fade, and there will be lots of politics and challenges along the way. The only way to really be successful, is to love what you do, and invest in your craft. Whatever it is. Work your butt off, and never take no for an answer.

You were a finalist for the second season of MTV’s “Making the Band 3”, would you ever consider doing another reality show? How was the experience?

DB: After MTB 3, I could barely stand to watch tv!! That show was really the beginning of scripted “reality tv’ as it were. Kinda broke my heart a bit. A close friend of mine even met the editor that was responsible for “editing” my character and making me into a “diva-know-it-all”.  Since then, I’ve been approached to do other shows, and I declined. Despite that, it still was a great and  “challenging” experience. It was hard being a working professional in an environment with younger, less experienced girls, but I became like a big sister to some which was great, and still speak to a lot of the girls today. It taught me patience, and understanding, and completely took me out of my comfort zone, and made me have to fight and be fearless. Doing mile runs on Miami beach in 30 degree heat, singing full out at 1am or dancing for my life after running around central park and being completely exhausted, kinda makes you strong. I guess I have P.Diddy to thank for that.

Canadian Beats is all about Canadian music, who is your favourite Canadian band or artist?

DB: Can I say Drake? I actually knew him as Aubrey before, and fell in love with his music before I knew it was the same person. I don’t love everything he says, but he’s honest, and “real”. I also LOVE LOVE LOVE Celine Dion’s voice. She blows my mind.

Let’s have some fun with a few questions that might help your fans get to know you better.

Who was the first person you ever saw in concert?

DB: I think either INXS or Luther Vandross….

What is your favourite song to sing along with?

DB: currently it’s Heart’s “ Alone”, or anything by Stevie Wonder.

DB: Michael Jackson’s “Off The Wall” is one of my faves.  That’s a hard question!!!

Last but certainly not least, is there anything you’d like to say to your fans?

DB: For those of you who are inspired by or enjoy what I do, I thank you, and encourage you to follow your dreams! God bless you, and keep me close to your hearts and stay tuned for more!