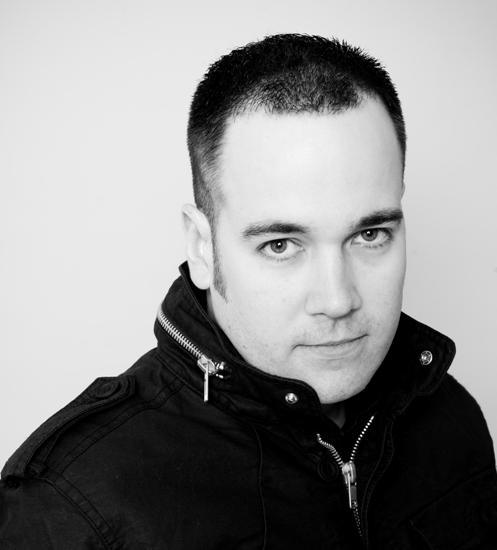 Oshawa, Ontario musician Fab Claxton is the lead singer of The Marvelous Beauhunks as well as a solo artist. His indie/alternative style combines a mix of alternative rock, hip hop, and early punk. His music has recently been featured on many TV stations, such as NBC, A&E, The Discovery Channel, various sports games, as well as MTV.

You can check out his solo release, ‘Spazzamatazz’ on iTunes here: https://itunes.apple.com/ca/album/spazzamatazz/id570409988

Also be sure to check him out on social media:

FC: I take inspiration from artists who are a lot more subversive than everyone else. Weirdos – but in a good way. Guys like Morrissey, Shaun Ryder, Mark E. Smith, Black Francis, Gary Burger, Lux Interior, David Byrne…….the list goes on. Weirdness is inspirational to me. Anyone can be normal – but where’s the fun in that?

FC: It’d be a first-place tie between The Smiths and The Pixies. Both of those bands combine poppy music with some truly out-there singing and lyrics. I love that combination. It’s definitely something I try to achieve with my music.

FC: I was 14 when I decided to become a musician. I had just discovered The Smiths after falling in love with the music of New Order and The Cure – and I knew then that it was something I wanted to pursue.

FC: Ever since I could play three chords on the guitar – I knew I wanted to be in a band. And some day – with perseverance and a little luck – I’ll learn that fourth chord.

FC: I have no other hobbies or interests – so if it weren’t for music – I’d be lost.

FC: Almost always the music. I tend to write the entire song first (chords, bassline, keyboards, drums, guitars, etc) before I even start thinking about the lyrics or melody. I have, on occasion, written a melody first and then written music to match it – but that’s rare.

FC: I used to think it’d be fun to tour with Happy Mondays – but I don’t think I could keep up with them anymore.

FC: My music is brash, loud alternative rock with punk and hip hop influences. Take equal parts of The Smiths, The Pixies, Happy Mondays, Outkast and Pavement and put them in a blender. It has a very late 80’s / early 90’s sound – though that’s not intentional. I’d suggest they listen to ‘She’s Trying To Fix Me’ if they want to get a good idea of my sound.

FC: I’ve never performed live as a solo artist – but I perform live with my band The Marvelous Beauhunks. My favourite song to perform with them is ‘Coffin Candy’. Great energy and lots of yelling in that one.

FC: Apart from the usual Sesame Street songs (1-2-3-4-5-6-7-8-9-10-11-12 was a particular favourite) – my earliest memories of listening to music was The Beatles. My parents always played ‘the oldies’ in the car, and I remember really liking The Beatles’ sound. I still do.

FC: No, none. I don’t feel guilt when enjoying a song – no matter ‘embarrassing’ it is to others. If I like a Spice Girls’ song – I will listen to that just as quickly as I will ‘This Charming Man’ by The Smiths.

FC: I’ve only sung karaoke a couple times. It’s not something I’m keen to repeat. I remember completely destroying a version of ‘King Of The Road’. I feel sorry for the people who had to listen to that.

FC: I wouldn’t do well on a desert island. I don’t even do well camping. I’m panicking just thinking about it. Let’s move on….

FC: I’d like to go to Loch Ness, the Universal Studios lot so I could visit the house from ‘Psycho’, and then to the small towns in Washington State where ‘Twin Peaks’ was filmed. Sadly I have more interest in ‘pop’ culture than I do in ‘real’ culture.

FC: In addition to my solo work – I make music for production libraries that provide music to television, movies, commercials, etc. I’m also in two bands – The Marvelous Beauhunks (http://themarvelousbeauhunks.bandcamp.com) and The Cozyrs (http://thecozyrs.bandcamp.com). The Marvelous Beauhunks are my full-time band (we play live, release records, etc.) while The Cozyrs is an on-again, off-again studio-only project.

FC: Outkast, The Fall, Happy Mondays, The Pixies, The Stone Roses, Morrissey, Biz Markie – and I’d somehow convince The Talking Heads to get back together. The festival would only appeal to me and 10 other people. It would be a disaster.

Favourite song by a Canadian?

FC: ‘Alone In A Crowd Of Thousands’ by The Cozyrs. And yes – I might be in The Cozyrs – but this song has very little to do with me. The song was written by Mark Abbey – and he plays everything on the recording except for the drums. It’s been used in a bunch of skateboarding and surfing videos. Very cool. Mark Abbey is definitely one of those subversive, weird artists I mentioned before. Basically – my job in The Cozyrs is to keep the tape rolling long enough to capture Mark Abbey’s twisted genius before he goes back into hibernation.

FC: Right now it’s definitely ‘Oh, How To Do Now’ by The Monks. The most played of all-time would probably be ‘Cruiser’s Creek’ by The Fall.

FC: To anyone who’s liked my music enough to download it – thank you very much. It means a lot to me.