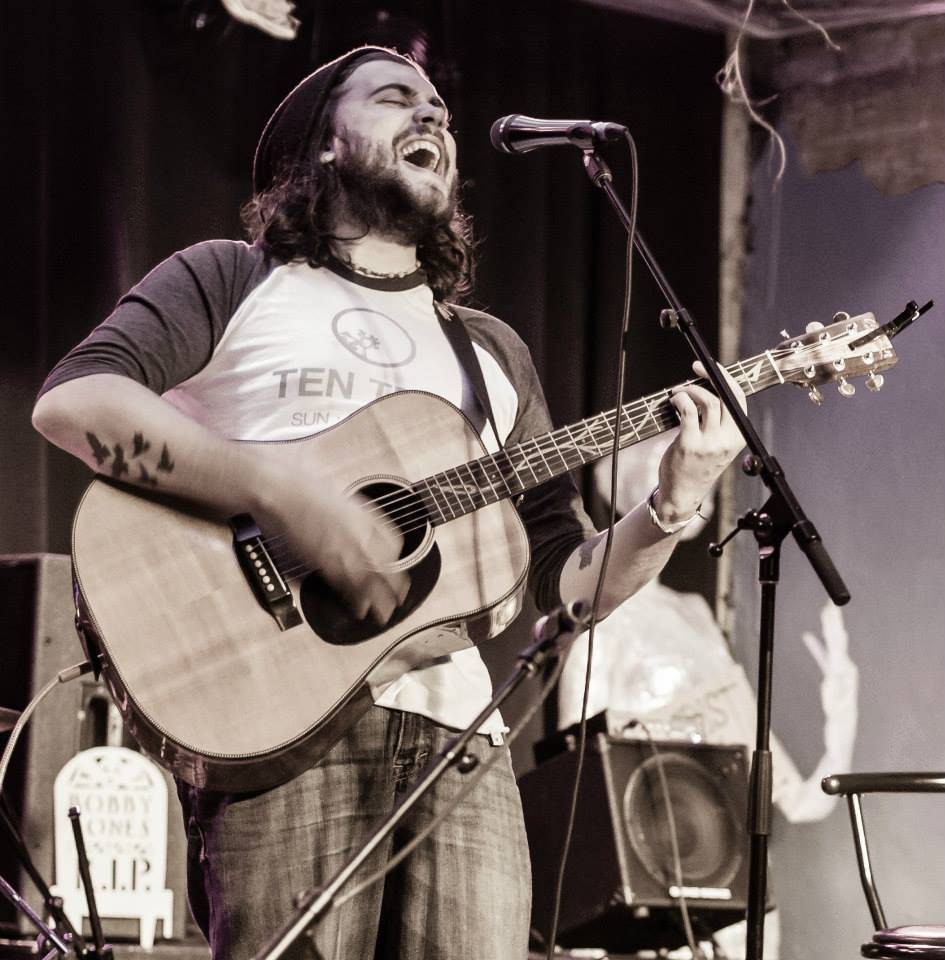 Rory Taillon is an acoustic rock artist from Toronto, Ontario. He has an EP called “Closure” that was released in January of 2012 and has also released his second album “It’s not Black & White”,  which was released on September 13th, 2013, check out the review that we did of it here: http://canadianbeats.wordpress.com/2014/03/05/review-rory-taillon/

I recently had a chance to ask Rory some questions during an email interview, continue reading to find out more.

When did you first decide you wanted to play music?

RT: When I was in high school I was playing in a bunch of different kind of bands with genres from Funk/Blues to Heavy Metal. I think that was the first time I thought about how wicked it would be to be a musician for a living. I kind of put it on the back burner to go to college, but I’m really glad I picked it back up after.

Who are some of your biggest influences?

RT: My BIGGEST influences musically would have to be Jimi Hendrix, Tom Waits, Eddie Vedder/Pearl Jam, (Old) Wintersleep, Nirvana, Pink Floyd, Against Me!, and Bob Dylan to name a few.

On your website you speak about your love for vinyl. What is your favourite album to listen to on vinyl?

RT: That’s a tough one. Top 3 would be Dark Side of the Moon by Pink Floyd, Band of Gypsys by Jimi Hendrix and Rumours by Fleetwood Mac. I’m currently thinking I should put Bad As Me by Tom Waits in there somewhere too. Too many good ones!

Why the choice of vinyl?

RT: I just really love the sound you get when you put on a record and play it through some really good speakers. It’s just on another level for me that I can’t explain. I also really like it because it forces you to dedicate time to sitting down and listening a little more than just turning on the radio and walking away. I also love the full size artwork.

Do you plan on releasing your own music on vinyl in the future?

RT: I desperately want to put something on vinyl. I’m throwing around the idea with Theo Posthumus (the engineer and bass player on my first two releases) about maybe doing some recording and putting out a 45 (7”) in the fall.

What is it like trying to make it in music in the Canadian music scene?

RT: It’s tough. There are a lot of things you have to learn and usually you have to learn them on your own. A perk though is that there still is a love for live music out there, you just have to find where your music fits. I’ve found too that there is a decent “community” approach throughout Canada’s musicians.

How would you describe your own music to someone who’s never heard it before?

RT: I always have trouble with that one. I usually say acoustic driven alternative rock. Think Pearl Jam meets the Tea Party with a little Bob Dylan and Tom Waits.

RT: I’m doing a Canadian East Coast tour in May and it’ll be the first time I won’t be touring on my own. We’ll be doing an acoustic lineup of Rory Taillon & the Old Souls. Tour dates can be found on my website.

The next few questions are fun ones for the fans to get to know you better.

What social media do you like/use the most?

RT: I like Facebook because you can keep in touch with a lot of people that you probably wouldn’t have been able to otherwise. I’ve started to get into Instagram too, but I mostly only follow tattoo artists and musicians; not too keen on cat pictures and people’s dinners. I also tweet. Hahaha. Hit me up at, facebook.com/rorytaillon , @rorytaillon

If you could form your dream tour with any other artists, who would it be?

RT: If Pearl Jam or Eddie Vedder ever asked me to go on tour with them, I think my face would explode. There are a lot of wicked Canadian artists I would love to tour with too like Dan Mangan, Ben Caplan and the Casual Smokers and July Talk. Oh and Frank Turner would be just awesome too.

RT: Watching Netflix for hours with my wife, Wii Sports Boxing and copious amounts of tea.