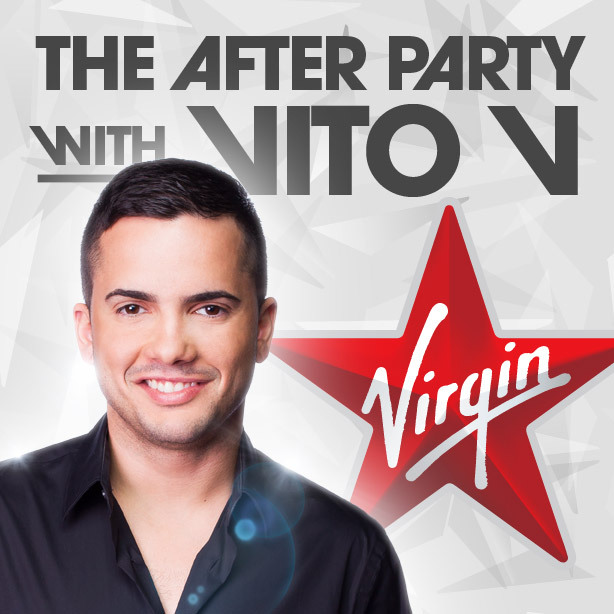 DJ Vito V has been driven by an undeniable passion for dance music from a very young age. In 1999 he decided to get serious, and started his career as a nightclub DJ in Montreal, but this was only the beginning. Vito’s unique sound, song selection, and versatility on the decks quickly caught the attention of dance music enthusiasts and industry professionals from here and abroad. Before he knew it, Vito found himself playing to jam-packed dance-floors at some of the biggest events and hottest nightclubs around the world. But Vito is far more than just your average DJ… He is also the Official Club DJ and host of his own syndicated two-hour show on the NRJ Radio Network in Quebec, and he has recently taken over the Virgin FM airwaves with his popular “Clubaholics” broadcast, which airs three times per week in Montreal.

Well known for his keen eye in spotting up-and-coming new artists, Vito is highly respected amongst his peers for supporting fresh Canadian talent in both the POP Dance and EDM scene. It is not uncommon that Vito will showcase the works of these up-and-coming artists on the Virgin Radio “After Party”, another popular dance event hosted by none other than Vito himself. The “After Party” brings in tens of thousands of new listeners every Saturday night, and is opportunity for any new artist to gain exposure, build their fan-base and to literally jump-start their career.

As a producer, Vito has three highly successful dance compilations under his belt (Sunsation, Clubaholics Volumes One & Two), and he is currently working on his fourth, which is scheduled for release this April. To top it off, all of his compilations feature his own original productions, but these are just a few of the things that are keeping this multi-talented DJ/Producer busy these days…

I am truly honored and excited to let you know, that this remarkable Canadian DJ/Producer & Radio Host took some time out of his extremely busy schedule this past week to partake in a brief interview with Canadian Beats…

What made you decide to get into DJing?

Vito: I never really decided to just become a DJ, it’s something that I have done for as long as I can remember. My mother has a picture of me as a baby wearing headphones;)

How old were you when you started in the music scene?

Vito: I started as a DJ in the Montreal club scene at 17. When you’re starting off in the business, the goal is to play the biggest club on the biggest night. I soon realized that being the first to “break” a hit song is the fastest way to the top. Record companies/pools started calling me asking for my opinion and support on new releases. Those are the first memories I have of being in the business.

You have already collaborated with so many artists, who else would you love to work with?

Vito: That’s a loaded question. The list is long… very long!!! Lol 😉 It would depend on what type of music I would be producing. I wouldn’t mind sitting in on a session with Axwell or Pharelll.

On top of producing your own music and spinning at some of the hottest nightclubs and events around the world, you also host and DJ your very own dance shows on two of Canada’s most popular Radio Stations, how do you do it all?

Vito: I’ve been with NRJ since 2010. My role has always been to represent that brand to the best of my abilities and to give our loyal listeners the best of the best on all levels! I’ve recently joined Virgin Radio in Montreal and the reaction has been unbelievable. I’m honored to represent these 2 amazing brands as a DJ and as a producer! It’s a lot of work, but it’s what I love to do, so no complaints there!

What would you say makes you unique in the DJ scene?

Vito: I think that my work ethic has had a huge part in my success. Also, I’ve never followed the trends; I’ve always stuck to my guns musically. I think that being bold is how I managed to play top clubs, in so many cities, on the biggest nights, without being linked to a promotion company. As you could see, I don’t have a concise response to this one… lol. Again, I just really love what I’m doing, lol.

When it comes to the tracks you produce, which do you prefer, doing original tracks or remixing existing tracks?

Vito: It really depends on many factors. Every case is different. They are both a lot of fun!

Can you tell us about the process of creating one of your tracks?

Vito: It all starts with a feeling. I let that guide me.

Up until now in your career, what was been your biggest accomplishment?

Vito: My biggest accomplishment so far is that I’ve managed to stay the same person that I’ve always been. Things move fast in my world and it’s very easy to get caught up in the craziness! My albums also mean a lot to me, so I’m proud of those achievements so far 😉

What advice would you give someone looking to become a DJ?

Vito: The only taste of success you can have in this business is NEVER going a moment without thinking of anything else but music and mixing! If you’re getting into it for the fame and fortune, you will not enjoy the ride!!!

Vito: Lots of shows, parties, new tracks, and collaborations with other artists and producers!

Now, in true Canadian Beats fashion, we have included a portion of “fun” questions that may help your fans learn something new about you.

If you weren’t pursuing music, what do you think you’d be doing?

Vito: I’d be some sort of businessman and/or superhero 😉

If you could travel anywhere, where would you first pick be?

Vito: I wouldn’t mind spending a few weeks In Spain or Italy this summer 😉

And of course, is there anything you’d like to say to your fans?

Vito: Thank you! The best is yet to come 😉