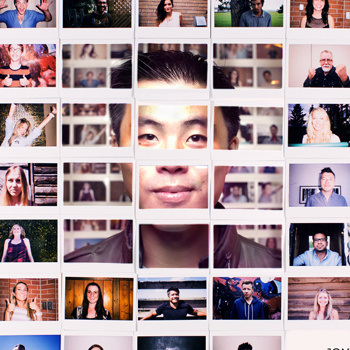 Jonathan Li is a singer/ songwriter from Calgary, Alberta. Music has always been an important part of Jonathan’s life and he began writing in high school, as well as working at a record store, which allowed him to hear a lot of different music, but he says he always gravitated towards songs that had a hook to it, regardless of the genre.

He eventually got a guitar and was immediately influenced by early John Mayer, Collective Soul and Goo Goo Dolls.He continues to be influenced by these bands, and more. He has said that he “wants to write music that is inspiring and touches people.”

He has released his latest album, “Our Stories Matter”, which features dozens of photos on the artwork and truly remarkable vocals on the album. The album is made up of eleven songs, giving it a total play time of almost 40 minutes. As soon as I clicked the play button and “One Life” started to play, I knew I was in for a treat. The song immediately pulls you in with the catchy beat, and as soon as Jonathan starts singing, there was no way that I was turning it off. This is an excellent example of an inspirational song with lyrics such as “I’d rather fail, then to say I never tried, only got one life” and “Tell me that there’s more than what I see, that there’s oppurtunities to be bigger than just me.” The song continues on this same path and really makes you want to be the best you can, and accomplish your dreams.

The second song gives you a different feel, in my opinion. It’s a little less inspirational then the rest of the album, but still has a story to tell. Jonathan’s vocals are chillingly perfect. This is the type of song you instantly want to sing along with, especially the chorus, “Do you got heart, and do you got soul, make my heart go boom like rock n roll”.

Each song on the album has a strong meaning, and I am sure that these songs will each help people through something in their lives. Many of the songs are very inspirational and that is the type of song that I gravitate towards. Another song that I want to mention is the fifth song, “Where I’m Supposed To Be”, which is actually on the album twice, one is a folk version. I must admit, I was immediately pulled in by the folk version, as the vocals are more clear and easier to connect with. The lyrics are about being true to yourself.

I really cannot choose a favourite from this album, it was even tough to choose just three songs to talk about. I highly recommend the album to anyone, but especially to people who appreciate songs filled with inspiration and meaning.