Interview – Head of the Herd 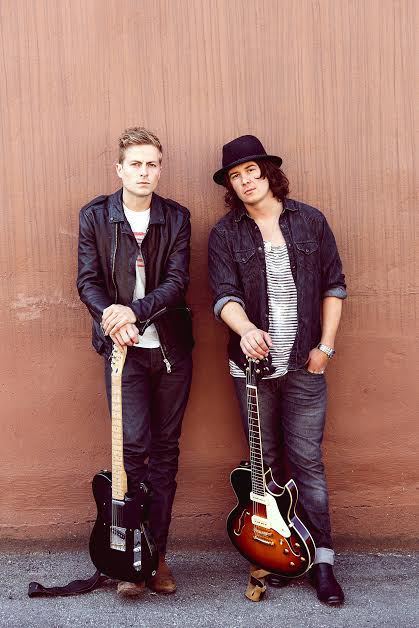 Head of the Herd are Vancouver based Band. They recently completed their sophomore record   The debut single “By This TimeTomorrow,” a duet with Mother Mother’s Jasmin Parkin, hit #1 on the national rock charts, was used by the NHL during the 2013 playoffs and got them to tour with Guns n’ Roses.

Surprisingly they finished the album in two sessions. One with  Gggarth Richardson, the man behind Rage Against the Machine’s chart topping debut and Biffy Clyro’s 2013 UK #1 album “Opposites”. The second session with Rick Jackett & James Black both from Finger Eleven.

HOTH (Neu):  One of my favourites at the moment is a group we did our last tour with.  The Glorious Sons out of Kingston Ontario.  Good songs, lots of passion, and a kick ass live show.  While I write this though, I’m blasting Drake’s “Take Care” album, so thankfully the country does well on either end of the musical spectrum.

HOTH: I’d love to play a show with Arcade Fire or the Hip.  Just remembered we actually are playing Squamish Fest with Arcade Fire (& Eminem, Arctic Monkeys and loads more) this august.  Whoa.  Strike one name off that list.

HOTH:  I’ve been pretty much obsessed with music since I was a kid.  Picked up a bass at about 12 years old, and haven’t thought of much else since.  I’ve been in punk bands, funk bands, orchestras, techno projects, scored films and more.  When I finished Uni is when I really took things up a notch and got serious though.

HOTH:  Started on the piano at about 4, but really became passionate about it when I learned the bass and started my first band.

HOTH:  Rocking in the Free World by Neil Young.  Still one of my favourite songs

What was it like touring with Guns n’ Roses?

HOTH:  The GnR dates were unreal.  We were in Calgary playing during Stampede when our agent gave us a call and said we were confirmed.  That was a friday, and we had to be on stage in Montreal on the Sunday.  Was a whirlwind but we booked it from the airport to the venue and had one of the best shows yet.  GnR kicked some serious ass too.  2.5 hr sets chalked full of smashes…and yes, they started right on time.

What was it like being in the studio with Gggarth Richardson,Rick Jackett and James Black?

HOTH:  It was really amazing.  We did the album in two sessions.  3 songs with Rick & James, and 6 with Gggarth.  The first stop was flying to Toronto to do the tunes with the Finger 11 boys.  We linked up with them through their manager when we had won the Fox Seeds contest out west.  Rick & James came out to a club show we did in Toronto earlier that year.  We hit it off and decided we would work together that summer.  They’re great producers, and great musicians.  That, coupled with whiskey and bad behavior, made for a helluva fun recording experience.

We did the session with Gggarth a few months later.  We wrote 25 demos for this record and he snagged 6 out of there that ended up on the record.  We worked in his studio in Vancouver which had some pretty amazing history to it.  It’s where Aerosmith, Motley Crue, Metallica, Bryan Adams and more had done records.  Being between those 4 walls, along with Garth’s history with bands like Rage Against the Machine, Red Hot Chili Peppers, Biffy Clyro etc, certainly puts you in the mood to make great rock n’ roll.

Garth’s approach is different to most producers I had worked with.  We didn’t record to a metronome so the songs tempo could vary throughout.  And instead of him being in the control room talking to our drummer (Dave Gens) over the headset.  He sets up right beside the drum kit, lords over him, and yells at him to “stop hitting like a pussy!”  And if you now Dave, that guy was already smashing the things.  But him pushing how he did, got some amazing drum sounds out of that room.

You are currently on tour, what as the response to tour been like so far?

HOTH:  We wrapped our last tour in early December, and the response was overwhelming.  Canadian music fans really are outstanding.  We had more people coming out to the shows than we had ever seen, and they knew the material way beyond the singles.  It certainly gets you pumped up when you see the reaction people are getting, especially when they’re singing songs with me that never hit radio.

Has any cities or shows really stood out to you in tour? If so, which ones?

HOTH:  Hard to really pick one over the other.  We were lucky enough to meet a lot of fans after the shows, and when people are explaining how they really feel the stories in the songs, it makes all the gigs pretty fantastic.  One standout show for us would have to be FoxFest last year.  We played on Canada Day at a big 10,000 person outdoor venue called Deer Lake Park (Vancouver) on a smoking hot day.  That in itself would be amazing, but sharing the bill with Alice in Chains, I Mother Earth, and Monster Truck certainly put it over the top.

HOTH: Got a soft spot for proper Chinese food.  We’re spoiled in Vancouver as there’s plenty of it around.

HOTH:  My grandpa Tex was a huge part of my life, I was lucky enough to spend loads of time with him growing up.  So, I’d have to say fishing with Tex is high on the list.

HOTH:  We’re music addicts in this band so we buy lots of diverse music.  Picking one is tough!  “Blood Sugar Sex Magic” by the Chili Peppers is one of my favourite records ever….maybe Kanye’s “My Beautiful Dark Twisted Fantasy” though….

HOTH: Describes is tough, I can tell you what speaks TO me more than ABOUT me, dig?  We’re big on storytelling in this band, so “25 Minutes to Go” by Johnny Cash is a song that really reflects what I like about music/storytelling.  “Something About Us” by Daft Punk is pretty much perfect too.

HOTH:  Thank you mainly.  I think a lot of artists forget that they ain’t worth shit without their fans.  We value that relationship massively.  So, come out to a show and say hey!  Oh…. and our records sound best LOUD.