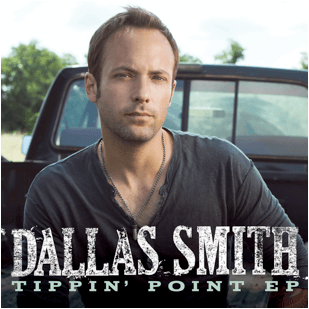 ‘Tippin’ Point’, the 6 song EP from country artist Dallas Smith is his second release under 604 Records as a country artist. It features the title track, which currently holds the record for the fastest a Canadian country single has gone gold, having sold over 100,000 digital copies. It also features a live acoustic version of the title track of his debut album, “Jumped Right In”.

“Tippin’ Point” is one of my favourites off of the album. It’s a faster song, perfect for dancing or singing along to. There’s a reason why it went gold so fast. My other favourite song would be “Wrong About That”, it’s a song with humorous lyrics about judging someone’s behavior based on their looks and enjoying being wrong.

All in all, the EP is a great way to follow up his previous album and a way to show his talent of sounding amazing in a live setting, as well as on a recording.