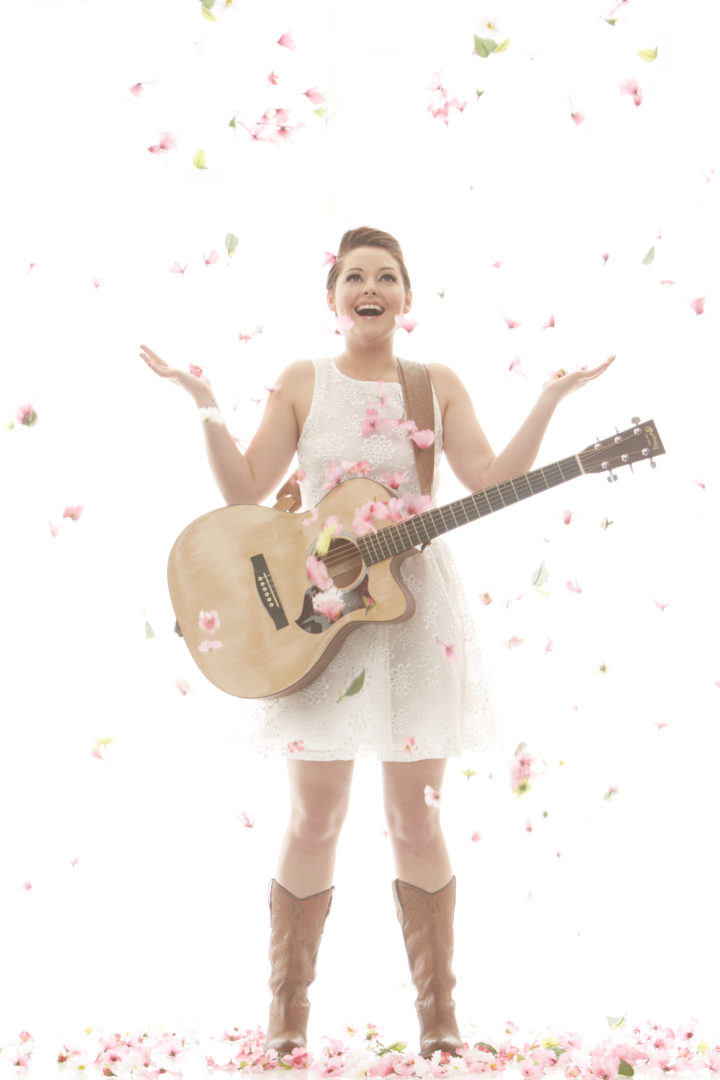 Trinity Bradshaw, a native of Summerside, PEI grew up singing at telethons, charity events, picnics and various other community events. On top of that, she appeared on the TV show, Emily of New Moon, and has become the youngest winner of the Summerside Festival Talent Search, at age 14.

In 2011, Trinity moved to Calgary to continue developing her skills as a Country music artist. After moving to Alberta, she has co-written with over 20 writers, and written well over 60 new songs, and of course I have to mention that she has received over 250,000 views on her youtube channel.

The fun didn’t stop there, in March 2013 she was chosen as the SOCAN aritst of the month performing on the Billy Block show at the MERCY Lounge in Nashville. She has also performed in Los Angeles, and released her first official EP exclusively through iTunes worldwide. Later in July of 2013, she returned to Nashville to record more songs for her upcoming CD, which will be released in May 2014. To find out more about this talented young woman, you should keep reading, as I was able to conduct an email interview with her to find out lots more.

Let’s start at the beginning, you started in music at a young age, singing at telethons, charity events, and various community events, but when did you decide that you wanted to pursue music as a serious career?

TB: When I was only a little girl, about Three or Four years old, my parents bought me a karaoke machine. I think its safe to say that they knew exactly what I was born to do – and I have been singing ever since.

You won Sound-Off (An East Coast Battle of the Bands) at the age of 15, how did that feel?

TB: I remember feeling like I was on top of the world! My band at the time worked very hard to create an original sound and write the songs eventually helped us win. It made me realize that if I wanted something really bad, there was nothing or no one that could stop me…

You relocated to Alberta in 2011, and have co-written many songs with over 20 writers, up until now, what has been your most memorable experience in your career?

TB: My most memorable experience thus far would have to be my very first trip to Nashville. Not only was it unbelievably inspiring, but the little girl inside was screaming with excitement! I don’t come from a lot of money, so performing and arriving to Nashville was a dream come true.

In March 2013, you were chosen as the SOCAN artist of the month performing on the Billy Block show in Nashville, TN. What was it like playing in Nashville?

TB: Surreal. It was so much fun, and that Nashville stage felt like home.

You since returned to Nashville to record more songs for your upcoming album, to be released this coming summer. You recorded at Blackbird Studios. Country greats, Tim McGraw and Taylor Swift have recorded there, how great was that?

TB: Funny story!! I actually left my passport in the East Coast only a few days before we were scheduled to record in Nashville. Long story short, after missing my flight, I landed in Nashville an hour after the recording had begun and made it just in time to record. I felt very blessed to have shared that room with a few of Nashville’s top players…they really made my songs come to life!

Speaking of your new album, you released your single, “Guns Don’t Kill Good Men (Love Does)” on January 1, 2014, what influenced you when writing this song?

TB: I co-wrote this song with Trey Mills and Russ broom. Trey and I wrote a lot of the song on an airplane to Toronto. A few days later, we sat down with Russ Broom, who came up with the bad A$$ guitar riff and we perfected the story and lyrics. Shania Twain had a way of bringing more fun into the Country Music world… which is what our intention was when we wrote it. I have a lot of fun singing and performing this song and I want the listeners to have fun too!

What was your favorite part of recording the music video for this song?

TB: My favorite part of shooting the video would have to be the fact that I was finally able to relax on camera and be myself. I also had tons of fun shooting the barn scene with a few of my close friends! A lot of the video was shot on the set of “Legends of the Fall”…a movie starring Brad Pitt – which was pretty darn cool! Unfortunately Brad Pitt was long gone by this point…haha.

What can fans expect from the rest of the album?

Let’s have some fun now.

I see you have appeared on Canadian television series “Emily of New Moon”, are there any other TV shows that you would love to appear on?

TB: I have done a little bit of acting in the past, and I would love to get into it again. I think it would be cool to appear on the show Nashville – because anything involving music is icing on the cake!

Think back, what was the first song you ever performed?

TB: This dates back longer than my memory does….but I would imagine it was Crazy by Patsy Cline or Daddy’s Hands.

If you could tour with anyone, who would you choose?

TB: I would have to choose Zac Brown Band! They are super fun and I love their sound.

Who has been  your biggest musical influence through the years?

TB: My biggest influence for most of my life was the incredible Christina Aguilera…since I have never taken singing lessons…I would sing her songs over and over to master her vocal riffs.

Canadian Beats is all about Canadian music, so who is your favorite Canadian band and/or artist?

TB: At the moment, my favorite Canadian Artist would have to be Dallas Smith…he is one cool dude! I wouldn’t say no to a duet either…I think our voices would blend well!

If you could go back to any time in history, where would you go and why?

TB: I would go back to the days of Johnny and June…except I would be June Carter. Jackson by Johnny and Trinity… sounds good right?

What is your all time favorite music video?

TB: I actually do not have a favorite music video…

Last but not least, what would you like to say to you fans?