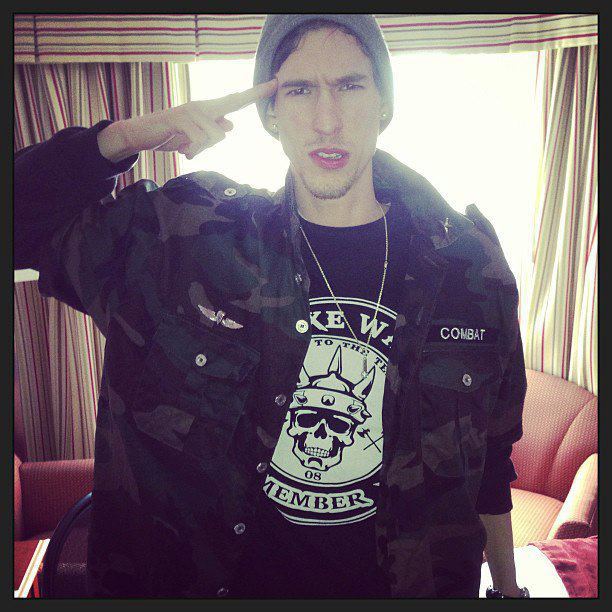 Davey Mack is a 24 year old singer/songwriter, Student, producer, engineer, and creative director. After starting college he realized he couldn’t just leave hip hop, he spend night that he should be doing homework writing music. Davey has collaborated with artists such as MadChild. His group ‘Organized Rebellion’ is currently working on there first mixtape. Keep reading to find out more about Davey!

DM: When there was a demand for my mix tapes and when I started working with Peter Jackson

DM: I was 12 when I first started with music.

DM: Different I try to make every song different from the rest.

What is the typical writing process like when you wrote a song?

The group you’re apart of, ‘Organized Rebellion’ is currently working on a mix tape, what’s it like writing/working on your first mix tape?

DM: It’s great to be able to focus on different material as a team/group. Papa Geogrgio is the other half of the group and we have been writing constant since we finished high school.

Machine Gun Kelly is a popular name in music, what was it like opening for him?

DM: It was a dope experience, he seems like a really down to earth guy, we had a full school bus of fans drive two hours it really made the difference too. It’s something ill never forget.

As a hip hop artist and producer who would be your dream artist/band to produce a song for?

Canadian Beats is all about Canadian music, who are some of your favorite Canadian bands/artists?

DM: Justin Bebier would headline and the openers would be JRDN and Shawn Desmond.