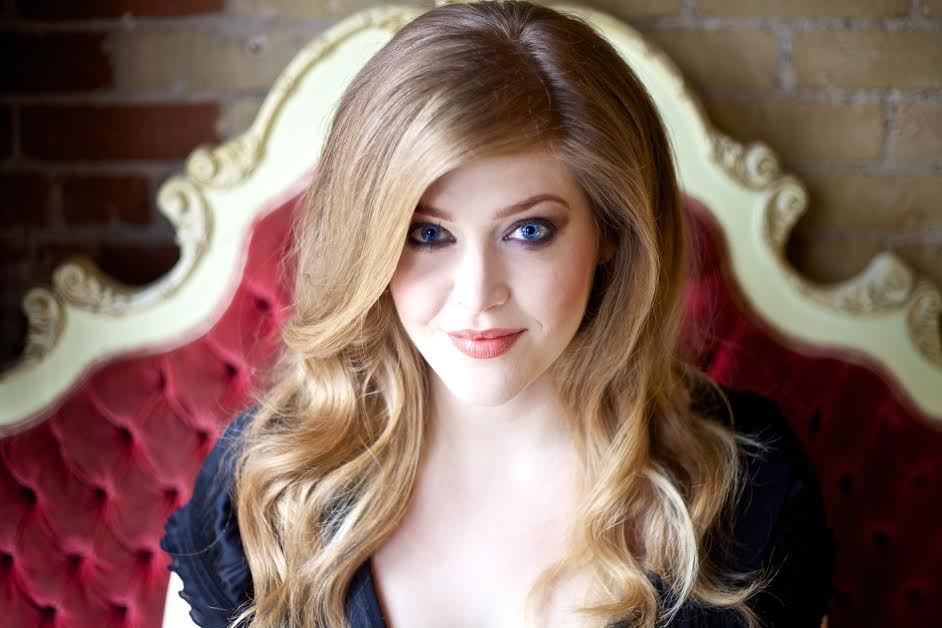 Meredith Shaw is a singer/song writer from Toronto, Ontario. She is also an on air personality with radio station Boom 97.3 FM, a 70s, 80s and 90s station. She has been on tour with Big Sugar, worked with producers such as Joel Plaskett, and was a 2012 TIMA (Toronto Independent Music Awards) nominee.

She also has a few EP’s/albums out: a self-titled EP, ‘Place Called Happy’, and ‘Trouble’. She is in the process of releasing three EP’s which she refers to as tringles. Each EP has different featuring artists and producers, which shows different facets of her song writing talent.  Her next EP, ‘Hardest Goodbye’ is to be released on March 4th, 2014.

You can purchase ‘Trouble’ here on iTunes: https://itunes.apple.com/ca/album/trouble-ep/id756953836.

Want to learn more about Meredith? Check out her social media below to keep up with what she’s doing, and keep reading this interview!

MS: Music is something that I can never remember not loving. It was so interesting to me right from the start. I knew I wanted to be a part of it.

MS: Yes I have and my parents were a big part of encouraging me to give it a shot. They knew I loved it and wanted to support me in whatever way they could. Thank goodness for them!

MS: I used to feel like I had to block off time to write but now I feel like I move through the world as a writer, getting inspiration from things I overhear, new songs I love, new books I’m reading, a great photograph. It’s all fodder for new songs. All I can say is yay for voice memo.

Do you feel like being a radio personality has given you any type of advantage as to what to expect from the music industry?

MS: Not particularly. It’s been cool to get to know the music industry from another perspective but I don’t think I’d say its helped me on what to expect. I think music is in such a state of flux right now that no one knows what to expect; and that’s okay because I think it gives artists new opportunities to be creative.

MS: It’s no secret I love me some Plaskett. I’ve been a huge fan of his since I first saw him play The Grad Club in Kingston while I was attending Queen’s University. I was very lucky to meet him through my touring with Big Sugar. We hit it off and decided to do some writing. That writing turned into him producing my EP “Trouble”. It all happened very organically and I loved every minute. Even though I now consider him a dear friend, the fan in me still gets a kick out of getting a text message from Joel Plaskett.

Why did you want to collaborate with different artists and producers with the three EP’s that you are releasing?

MS: I’ve been lucky to meet a lot of great people in this business. People that i wanted to collaborate with. So when I was looking to make another record I thought how could I do this a little differently? How could i release music more frequently and collaborate with all these talented humans without making a record that sounded really chopped up stylistically? And thus the ‘Tringle Series’ was born. Yup, that’s right “Tringle”.

MS: Me + 11 dudes in a tour bus criss crossing the country? It changes a girl J For the better of course. They are some of the best guys I know and we continue to be very close to this day. They couldn’t have been lovelier to me on tour and it was a real honour to get to sing all those beloved hits for all those great crowds. Won’t ever forget that experience.

MS: “Trouble” is pretty fun because people don’t expect that outta me. It’s my Jay Z moment. Does that make you want to come to a show? Good.

MS: Well once I got my ABC’s and baba black sheep down I guess the first song I remember would be Neil Diamond “Sweet Caroline” My dad was a big Diamond fan. I listened to A LOT of those records. And I do mean a lot.

MS: Nirvana Nevermind. If you asked me cassette (Old person alert!) then i would have to be honest and say NKOTB.

Favourite song by a Canadian?

MS: Oh that’s such a tough question. Oh I really can’t answer this question. I’ve written and deleted for about 10 mins now. I can’t pick just one! Moving on.

MS: I’ve never been to Australia and a lot of my friends have been doing some touring there recently (aka surfing) so I’d like to give that a shot pretty soon.

MS: Right now I love Homeland and my all time movie favourite would either be Field of Dreams or Shawshank Redemption.

MS: Again – tough. Blue Rodeo, Serena Ryder, Tim Chaisson, BTO, Big Sugar, Ryan Gosling (oh wait he doesn’t have a band. But if he did I know I’d love it so keep him on the list).

Lastly, do you have anything you’d like to say to your fans?