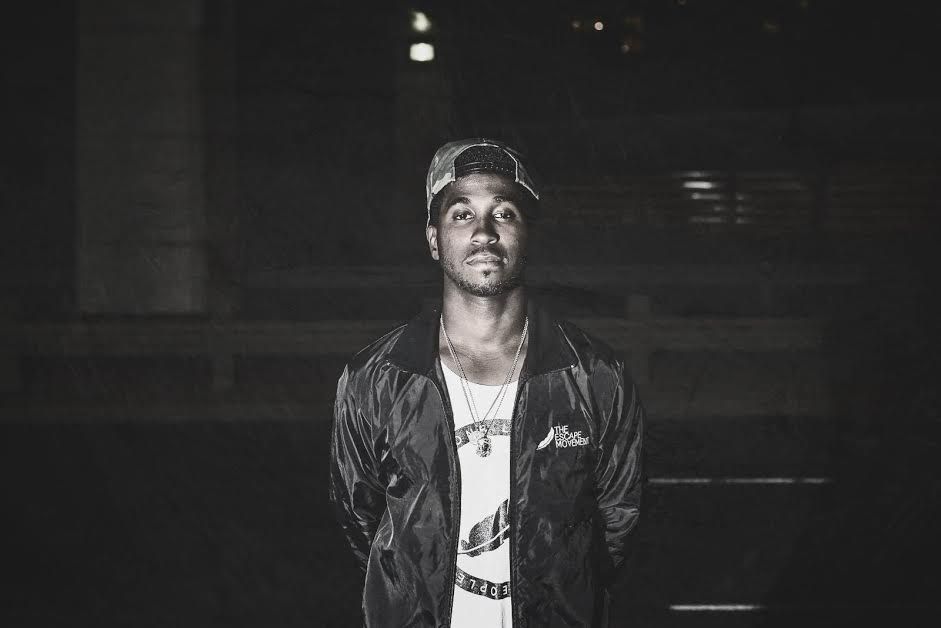 Kayo is a hip hop artist from Halifax, Nova Scotia. Kayo moved from the island of St. Lucia to Canada to pursue his music career. Kayo has gone on tour with people like Classified, Hedley and Snoop Dog. In September 2013, he released his newest album ‘S.L.A.V.E.’  Continue reading to find out more about Kayo and his album.

Kayo: I end up listening to a lot of Canadian music actually. I really dig PartyNextDoor, BadBadNotGood, Luu Breeze, Tory Lanez, Shad, Benjamin Stevie, Kaytranada, Tona, Classified and been listening to Cam Smith’s upcoming project a lot. My all time favorites would have to be K-os, Kardinal Official, Drake and Quake.

Kayo: I never really made a conscious decision to make music. There was no defining moment that made me go like ‘yea, this is it!’ I just never stopped doing it from the time I began at the age of 14. It became a part of my identity. In high school, some people had sports, some were super smart, I had music.

Was it hard becoming a part of the Canadian music scene after moving from St. Lucia?

Kayo: Not particularly. It did take some time, however. Everything was just a natural progression, from doing open mics at my university bar, to meeting Quake & Littles, to eventually working with Classified. I just continued to work as hard and as consistently as I always did.

Your newest album is titled ‘S.L.A.V.E.’ (Serenity Lives Around Virtuous Energy)  How did you come up the album title?

Kayo: Before I had a title for the project, or even made a conscious decision to do this project, I had done a song with Quake & Kirsten Olivia called SLAVE. I just always wanted to work on a concept like that. I really like conceptual art. Then we were gearing up for another tour, I had all this music I recorded while working on my album, and I thought to myself that maybe it’s time to give the fans more material as a precursor to the album. So one day I was in the shower and the acronym just kind of came to me.

In 2013 you went on tour with Classified across Canada, what was it like playing shows across the country? Was it your first tour?

Kayo: It was not my first tour. It was my 4th tour with Classified, my 3rd cross-country tour, and my 6th tour in general. It was a great experience though, because I got to connect with old fans, new ones who came out, and show them all the growth in the art form. I think my live performance is one of my strengths, and I constantly work on stepping it up, so every time you see me you feel like it’s a special moment.

You’ve done work with other local Halifax bands/artists, are there anymore projects we can expect with them?

Kayo: Expect a few features from me with other artists in the city for sure. I’m also trying to collaborate a bit more outside of the province as well. No full projects with anyone in the near future, but expect some dope music from this city in general.

You and Quake Matthews came together and did an EP together, how did you guys first meet?

Kayo: Littles The General introduced us when we did the ‘I wanna rock freestyle’ video. He was like ‘You guys need to work together, your styles would compliment each other so well’. Not sure if that’s exactly what he said but it was something along those lines. Quake and I had met a couple times at Open Mic, but that introduction I think is what initiated the working relationship.

Kayo:  Not right this moment. I just did a show with Waka Flacka Flame though. The first quarter of the year is usually a recording time for me. I hope to hit the road again in the second quarter!

Kayo: I got two favorite foods. One is Lasagna. My aunt would make it especially for me whenever we had special family events. My other is Bouyon. It’s a St Lucian dish. It’s like a broth, with dumplings, red beans and, most importantly, salted pig tail. It’s an absolute requirement that I have a bowl of bouyon whenever I go home. It’s the first thing I do!

Kayo: It’s hard to pick just one! Sometimes I wish I were still a kid after all. I would have to say just running around the neighborhood playing stupid games with my friends. We’d play games like soccer or cricket bare foot in gravel, and dodge ball in people’s gardens. It was a great time.

Kayo: That’s easy. It would be ‘Legend’ by Bob Marley. I swear that album just puts my soul at ease.

Kayo: Red. I usually wear lots of neutral colors like black or grey, and accessorize with a little bit of red. Can’t go wrong.

Kayo: That’s a good question. It’s hard to say because, like everyone in the world, I’m a walking contradiction sometimes. I’m super emotional but cherish moments when I can be carefree. I’d have to say the songs that best describe me would be a combination of Drake’s ‘Lust For Life’ and J Cole’s ‘Runaway’.

Kayo: I used to be able to draw really well. I can make models out of play dough. I used to make models of Dragon Ball Z Characters and play with them like they were action figures. I didn’t even want toys as a kid. All I wanted was play dough. I can also hold my breath under water for a really long time, if that counts as a talent.

Kayo: Thank you for the continued support. I’m nothing without you for real. Serenity Lives Around Virtuous Energy. Available on iTunes now!