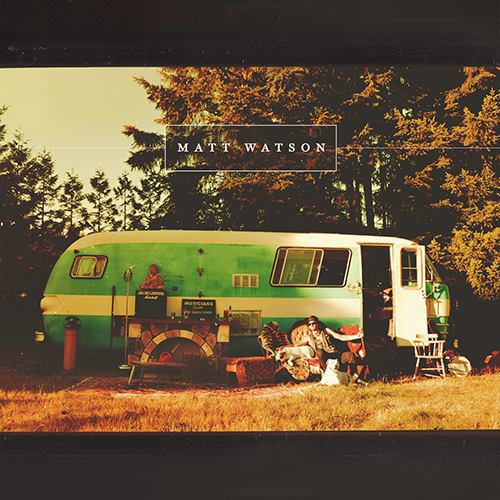 Matt Watson is a rock musician from Toronto, Canada. He spent many years as a frontman for many Toronto based bands, but eventually decided it wasn’t for him. He then tried his hand at reality television. He and his wife, Kate were the featured couple on a 13-episode season of HGTV series, Marriage Under Construction, but once again realized this was not the right path for him, and he then decided to pack the car and head west for a fresh start.

He ended up in Gibsons, BC where his uncle, Ray Fulber has his own recording studio, and this is where From Riches to Rags was recorded. The album features 12 tracks and a total running time of 45 minutes and 33 seconds. The first song on the album, “Low” is a great song, with a great beat. It is the first single from the album and full of energy. It’s one o f those songs that makes you sing along and lyrics that are about the whole love/ hate relationship, and really stick in your head.

The fifth song is “Non-Stop Boogie” and it is just that, a party song, with full on energy and the type of song that I think would really be done justice in a live setting. In my opinion, it really seems like a classic rock sound and Matt’s voice does this type of music perfectly.

The last song I want to touch on is the eleventh song, “Sunday Train”, which is one of the slower songs on the album, but still very catchy and has a more raw sound than some of the other tracks. It almost has a choir feel to it, near the end of the song, and it gives the song a lot more dimension. It’s very unique for modern rock music, and it really appeals to me.

The album is a great mixture of songs, and I would recommend it to anyone who likes rock, whether it be modern or classic. I also feel that fans of country or even folk could enjoy this. Matt brings a uniqueness to each song, which I feel anyone could enjoy.