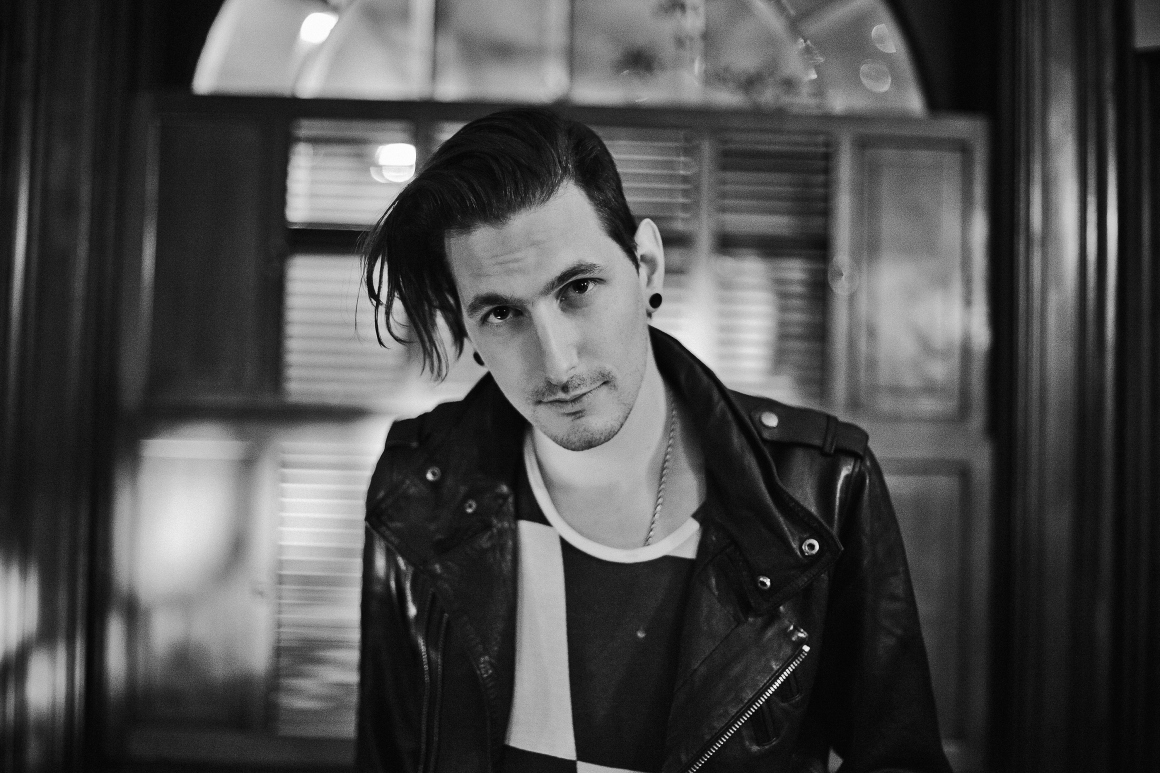 Toronto based DJ/producer and vocalist, Shaun Frank, is no stranger to the world of music. He started his career in a small punk band, and was soon touring the world as front-man for “The Envy”, a rock band discovered and signed by Gene Simmons, co-founder of one the most legendary bands of all time, KISS.  But don’t be fooled, Shaun’s talents reach far past the scope of traditional punk and rock music formats, and they have recently crossed over to the world of Electronic Dance Music (EDM).

Shaun’s musical background lends a special twist to his live DJ performances. Not only are his sets filled with energetic fresh electro bass lines and progressive hooks, they also incorporate his own live vocals, and feature many of his own self-produced tracks as well; his growing fan base is loving it!!! In his young career as a DJ/producer, he has already graced the Beatport top 40 with his single “Unbreakable”, which was recorded with Spanish DJ/ Producer Marien Baker. The track is still trending on many other EDM and radio charts around the world.

Shaun Frank is also quickly gaining ground in the scene as being recognized as a leader in EDM remix culture, and his adaptation of Lorde’s hit song, “Royals”, a collaboration with Toronto producer YASH, has hit top chart positions on Hypemachine. He has also worked with many other EDM gurus including artists such as Nicky Romero, Arty, Dyro, Glenn Morrison, and he has recently gained the attention of Armin Van Buuren’s Armada Imprint, with many more requests sought out by major labels on a daily basis, including: Dim Mak records, EMI Music, Universal, and Parlophone to name a few.

Now that you have a brief introduction to Shaun Frank, I’m sure you’re eager to find out more. This week I had the opportunity to conduct an email interview with Shaun, and here is what he had to say…

When did you decide that EDM is the direction in which you wanted to take your career?

SF: I’ve always played in bands, and even in my early years when I was 14, I was sequencing music out and making beat demos. My earliest memory of wanting to be a part of the dance music scene was when I was touring in Asia, I remember it was Indonesian Independence day, and we were in Bali… As I remember it, the music was so good at the parties we attended… I knew at some point I would try my hand at it sooner or later!

When did you get actively involved in the EDM scene?

SF: I became more active when I started singing vocals for dance tracks. The first track I sang on wound up being a #1 hit in Spain, so I followed up with a few more tracks including “We Are” for Armada Records. During this time I was also producing my own tracks, and now they are finally starting to get released.

You mix EDM with rock, and also sing while you DJ, how did you come up with this?

SF: I think it’s just kind of a natural progression for me. I sang in a punk band, then a rock band, and now I’m singing over my own electronic beats. I don’t think much about it.

Obviously one of the things that set you apart from other DJ’s, is that you have mixed genres and also added your own vocals into the mix, how do EDM fans react to this?

SF:  I’m not the only one actually… There are many new artists that are bringing a little more to the table than just spinning records. Look at Disclosure for example, I think what they are doing is completely awesome, and I hope to bring an even more “live” aspect to what I’m doing with every step I take.

What do you prefer, doing original tracks or remixing existing tracks?

SF: Original tracks for sure!

Speaking of remixes, I have to tell you that I really enjoyed the remix of “Royals”, in my opinion, it’s better than the original. How did your fans react to this?

SF: thanks so much! That one was a blast to make. The reaction from this remix kind of put me on the map in North America. It got the support of some really great blogs, and basically kick-started a lot of stuff for me.

Do you need permission from the band/ artist before remixing their songs?

What has been the biggest achievement you’ve made in your DJ career so far?

SF:  I think having my very first track in a series of Club Covers (Sweater Weather) rank so well, as being a huge achievement. I had planned to do a bunch more of these and start slowly getting them out there, and then BAM! This one gets massive support by http://thissongissick.com, and I hit like 200k views in the first 3 weeks.  I have another one coming up shortly, and I’m pretty excited about it.

Given the chance, which artist would you love to work with in the future?

SF: I think the album Mat Zo released this year is unreal…I would love to do a track with him. Zo, you need vocals ;)????

Do you have any advice for people looking to get into the EDM scene?

SF: I think the most important thing is to wake up everyday and create. Get a computer, and just start producing.

SF: I’m looking forward to heading down to Ultra and WMC in Miami. I have a brand new track coming out on Dim Mak records, and I know we have some stuff planned for the conference.

Now, in true Canadian Beats fashion, we have included a portion of “fun” questions that may help your fans learn something new about you.

If you weren’t pursuing music, what do you think you’d be doing?

SF:  I’d be riding Whistler everyday like my dad. I grew up in the mountains, and I look forward to getting back there.

Thinking back, what was the first EDM track you heard that caught your attention?

SF: a track called “Fly Away” by Jean Claude Audes. I just remember hearing it a lot in Asia, and I always loved the chords.

SF: A beautiful and intelligent girl who happens to like me, a shipping address, and amazon.com.

If you had to choose only one of your tracks to show people what you’re about, which would you choose?

SF: probably the one’s that are about to come out…stay tuned!!!

SF: Thanks so much for all the support, I really couldn’t do this without you, keep enjoying the music and support your local producers!