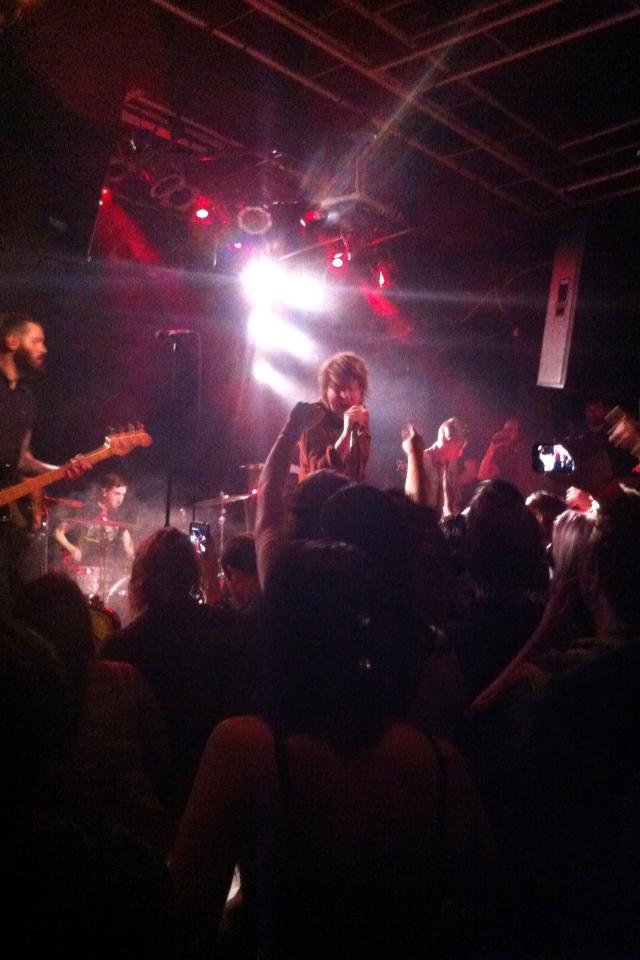 Silverstein returned to Newfoundland after 2 years this past weekend with a show at The Rockhouse. With local support from Bannerman, Deadgaard and Nuke’em The Rockhouse was the place to be for fans of heavy music.

From the local acts, I went in only knowing that Bannerman was a mix of some local acts that were no longer together. I’m not much of a metal fan but the crowd seemed to like all three openers. During Bannermans opening set, lead vocalist Tim said that it was his and his girlfriends 10th anniversary together and called her up on stage. He got down on one knee and the crowd erupted into cheers as he proposed to her, which she said yes to by the way. I’ve seen videos of people being proposed to at concerts before but I’ve never actually witnessed it happen before and I must say, it was a pretty cool thing to see.

Silverstein hit the stage around 1:45am so it was already a late night. The crowd favourites were definitely the older songs like Your Sword Vs My Dagger and My Heroine. With a new addition to the band, Paul, and to the crew, Danny, the only logical thing on their first trip to Newfoundland is to become honorary Newfoundlanders and get screeched in (look it up, seriously). Only knowing a few older songs by them, I was expecting to leave before their set was over but before I knew it Shane was saying they had only two songs left. It was my first time seeing them and I was really impressed by them and the crowd was really into it for the entire show.