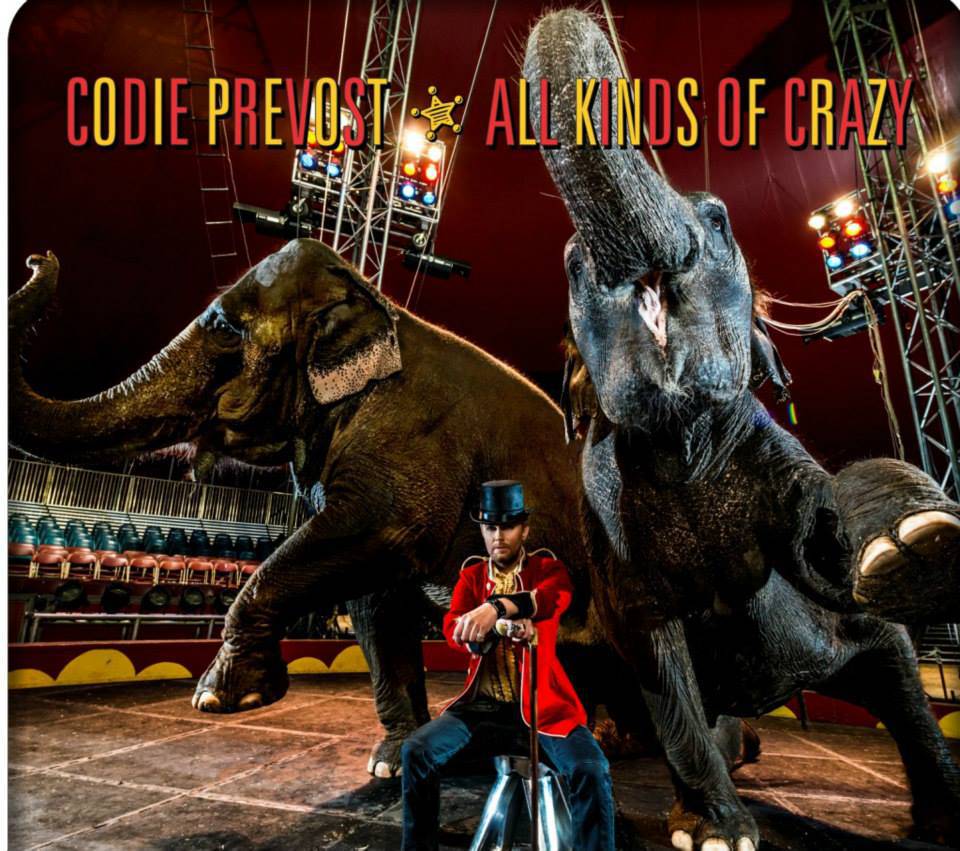 Codie Prevost is a multi-award winning & three time Canadian Country Music Association nominee that is releasing his 4th studio album, “All Kinds of Crazy” on March 1, 2014.

I was approached to do a pre-release review of his upcoming album, and jumped at the chance, as I was a fan of his previous album, “Get Loud”. “All Kinds of Crazy” is sure to be a hit album. It was recorded at the Armoury Studios & Studio Downe Under in Vancouver with producer, Tom McKillip, and mixed by Scott Cooke.

The album consists of eight “soon to be hit” country songs, including the latest single, “Someday” which is a song that is about getting through difficult times and making the best of it, having hope it will get better. This song has a very inspiration feel, which seems to be becoming a huge trend in the music industry, and for good reason. Music should be able to speak to the listener and in this case, I can see the song helping people through their own hard times.

The fourth song on the album, “Say My Name” is a fun love song that makes you want to sing along to the catchy lyrics. Codie does a great job at both ends of the spectrum, whether it’s a slower, inspirational song, or a fun upbeat song. I wouldn’t hesitate to say that this song could be a huge hit for Codie.

The final song that I want to touch on is the final song on the album, entitled “Last Night All Day”. The song tells a story, which is quite common in country music, but the difference is, you feel like you’re there listening to him telling you about his night. The lyrics are fun and easy to sing along to, such as “I had to call you up, just to let you know I’ve been thinking about last night, all day.” This is my favourite from the album.

In conclusion, the album is expertly put together. Each song has the potential to be the next country hit, and I can picture them being played on the beach in the summer, around bonfires, anywhere where people are hanging out, having a good times, and just want to relax and have a good time. I highly recommend you check out Codie Prevost, you won’t regret it.