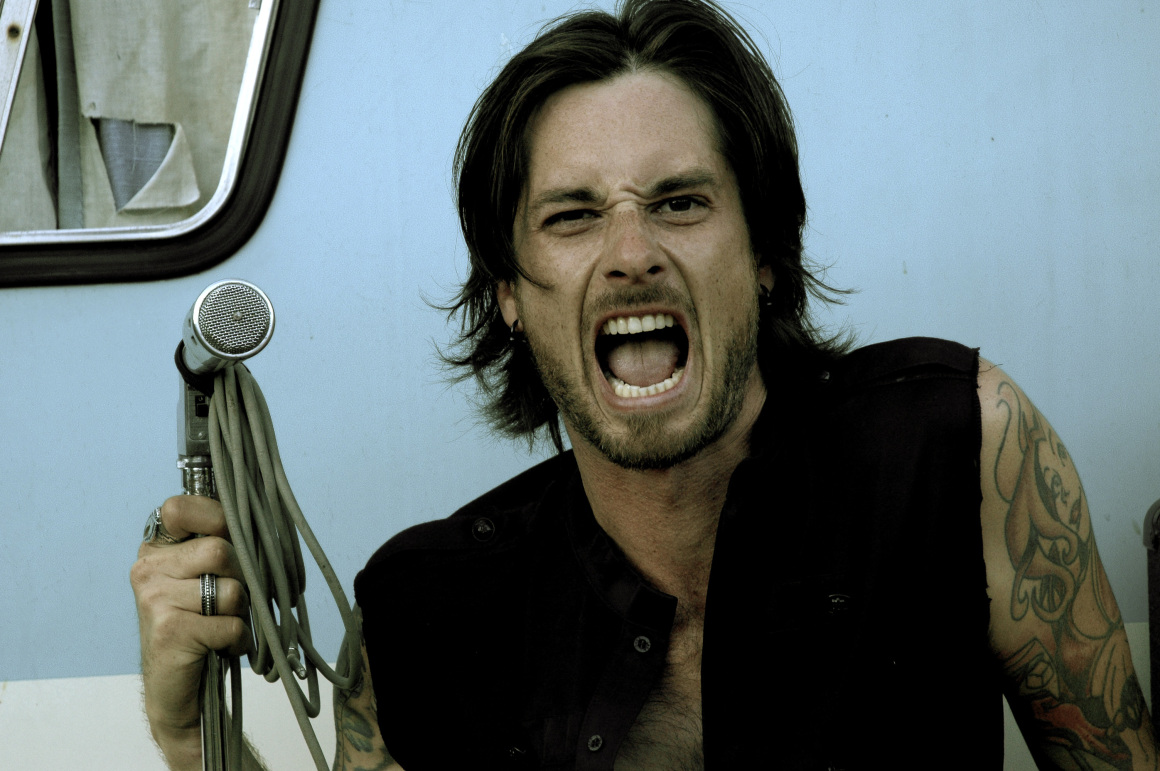 Matt Watson, a rock musician from Toronto, Canada is about to release his album, “From Riches to Rags” on February 25 and in honour of that, I had the chance to ask him a few questions through an email interview. Also, be sure to keep an eye out on February 25th for my review of his album!

You started out in the music industry in a variety of bands. When did you decide that you wanted to go in the solo artist direction?

MW:  I got tired of having to song-write-by-committee…Democracy is great but it doesn’t really work for me when it comes to my songs. I have way too many control issues…

You mentioned in your bio that this album is a fresh start.  Over the years what hurdles have you faced in the music industry?

MW: Everything is a hurdle, I’m like an Olympic level hurdler by now and I still have barely got my foot in the door… If you want to be a professional musician you better bring your Nikes

What advice would you give someone who is just starting out on the music scene?

MW: Don’t fuck up your credit… You will need it…trust me

What would you say the main difference between the music from your previous bands and your solo work is?

MW: At this point in my life I don’t feel the need to prove anything to anybody.  Whether it’s Rock or Blues or a sweet little pop song, I want to make the music that I like.  In bands it’s really easy to get stuck in a genre, it can be very limiting creatively.  With this album I just let myself write.  I didn’t try to live up to any standard of  “coolness” or use my songs as image maintenance.  If I wanted to write a blues tune I did, if I was feeling rock then that’s where I went that day.  This album is like a collection of moods.  Totally freeing.

When reading your bio, it’s clear that one of your musical influences is your uncle, Ray Fulber. Who else has influenced you along the way?

MW: My Aunt Sue is the person who inspired me to get in to music. She quit her job as a lawyer to join a rock band.  How much more inspirational can you get?  She is the original rock and roll badass… Covering her song “Elizabeth” was my tribute to her.

Your album “From Riches To Rags” is being released on February 25, 2014. Which song is your favourite on the album and why?

MW: “Desert” … I just like the vibe, I imagine it as the soundtrack to Quentin Tarantino’s next shootout scene.

Where do you draw inspiration from when songwriting?

MW: I used to just take a lot of drugs…now I drink too

How did you go about choosing the first single off of the album?

MW:  No big meetings or anything…  I don’t even know if we actually ever thought too much about it…  What’s the first single?  Why it’s the first song of course…step right up

Can the fans expect a tour in the near future?

MW: Yes…I can’t wait to get this act on the road

Speaking of touring, if given the chance to tour with any Canadian artist or band, who would you choose?

MW: I would like to be the opener on Neil Young’s Honour the Treaties tour …great cause and great weed backstage

Tell us something we would be surprised to know about you?

MW: I answer all e-mail interviews in the buff … much to my wife’s dismay

Speaking of surprises, I read that you were in a reality show with your wife on HGTV called “Marriage Under Construction”.  Please tell us about that experience.

MW:  It was … enlightening … Amazing they can call it “Reality” Television… It was a long slog that was financially ruinous and almost the end of my marriage…much like this album…

Would you ever consider doing more work in television?

MW: of course… It’s about the only medium that pays these days…  I would like a gig like the “Philadelphia Cream Cheese Lady” … Ya know?  Show up once a year throw on a stupid costume and collect a big fat cheque… she’s been doing this for like 25 years…She looks pretty fucking content to me…

Since we’re on the subject of television, is there any tv show that you would like to have your music featured on?

MW:  I don’t have cable right now so it’s hard to name a current show.  I would say it would be a dream to write the theme song for “The Littlest Hobo” but let’s face it… You can’t mess with perfection…

Canadian Beats is all about Canadian music, so please tell us who your favourite Canadian bands or artists are?

MW:  I opened up for a great rock band from Ottawa called “The Balconies” recently…  They are carrying the torch man…they kill it.

MW:  Does my mom count as a fan?  She says I’m really improving…Thanks mom!