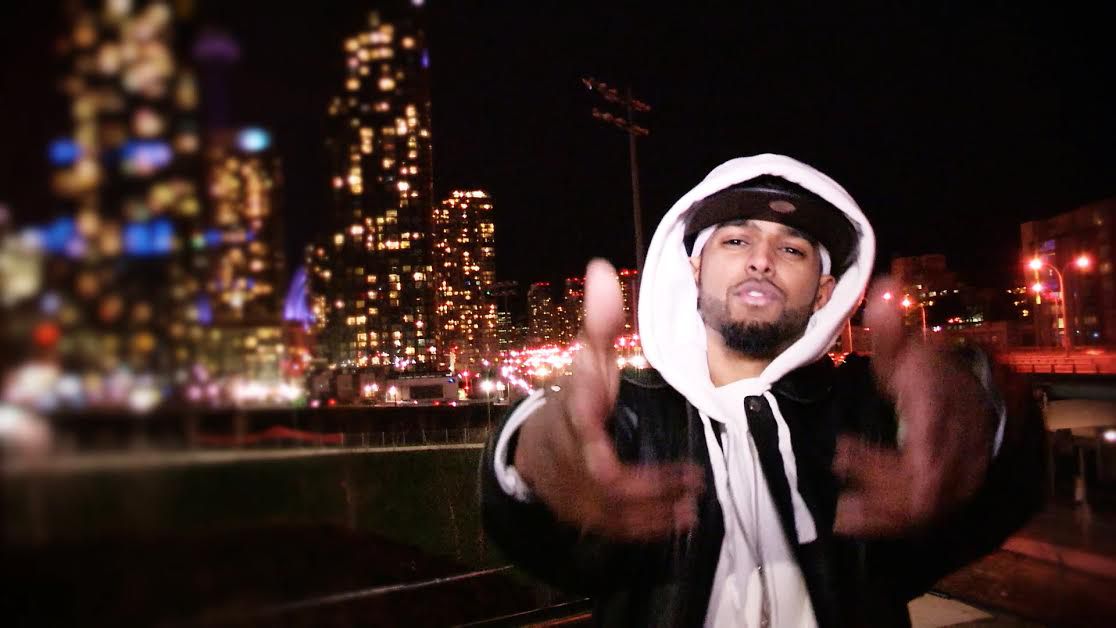 K-Slick is a rap artist from Toronto, Ontario.He released his debut LP, “Twenty-One” in 2013, and he has just released a video for his hit single, “Finally Home”. You can find out more about K-Slick’s music here: http://canadianbeats.wordpress.com/2014/02/11/tuned-in-tuesday-k-slick/

I asked K-Slick a few questions via email interview, so if you want to know more about this Canadian rapper, read on.

When did you know that you wanted to pursue hip hop as a career?

KS: As a child I always loved rap music and dreamed of being a rapper. Since the age of 19 I decided to actually pursue rap seriously and make it my career, I finally decided “hey this is what I’m going to do for the rest of my life”. So I guess you can say since I can since I was too young to remember my age lol.

You grew up in Mississauga, what was it like living there and working towards your goal of becoming a hip hop artist?

KS: Mississauga is dope it has everything a big city would have and even those of a small one. It even has the largest recording studio in Ontario, so that’s a plus for any artist. Over all, there are an abundance of haters trying to bring you down. The trick is to persevere through it because there are still tons of supporters. The local music scene is great tho, for the most part… There are a few Promoters that put on shows and try to scam upcoming artists’ but you’ll soon get to know them. But lots of local venues that support local upcoming talent.

You released your debut LP, “Twenty-One” last year, how was the response?

KS: The response I got to Twenty One was amazing! I gained so many new fans and was able to tour Peru with that mixtape in which I gained a huge following there. I also finally got to 1 million views on YouTube! I got lots of downloads on datpiff, however someone hacked my account and I had to re-upload the tape, so everything got reset! Because of Twenty-One I am getting way more press and doing radio interviews almost every day. It’s awesome what it did for me. It also debuts the first recorded tracks from “K-9” that’s my rap group consisting of Nunez and myself.

You recently released a new single, “Finally Home”, the video has over 50,000 views on YouTube, what was it like making this video?

KS: Making “Finally Home” was a great experience. I love working on videos that require a little acting outside the box of being a rapper. Finally Home depicted the true story of my ex fiancé cheating on me and us breaking up. Naturally, acting on the video was a crazy feeling re-enacting painful parts of my past. I really liked the actors in the video as well. I think they play the roles of the cheating couple really well. I worked with the same director and makeup artists as my crime chronicles video, they are always great to work with as well, and I think we have such good onset chemistry.

What inspires you when writing?

KS: Usually the current mood I’m in. Depending on my mood it will inspire a type of song… and you can tell. Sometimes I write lyrical songs just cause I really want to be lyrical sometimes… and then there’s sometimes I don’t. Also sometimes listening to wacky rappers and good rappers inspire… both to be better.

You have caught the attention of local promoters and have performed with Choclair, Joe Budden, Jadakiss and more, if given the chance who would you love to perform with?

KS: DMX or Ice Cube. Because they are 2 of my favourite rappers. They also all but on such crazy live show. I remember seeing Ice Cubes & Westside Connection performance on the up in smoke tour and it always stuck with me as one of my favourite live shows ever. An impossible one would be 2Pac, he’s my all-time favourite rapper.

KS: I guess my tour in Peru. There’s not much independent artist I can think of who already did tours. So that’s why I would say that.

Canadian Beats is all about Canadian music, who are your favourite Canadian bands/ artists right now?

KS: Kardinal Offishal. His reggae and rap blend is sick!

At Canadian Beats, we always include a “fun” portion to our interviews, so let’s find out some of your favourites!

KS: Too many, I love TV. One would be Fresh Prince but currently is Supernatural. Castiel is dope!

KS: lol I can’t answer that its R rated

KS: Yes, Thanks for supporting K-Slick. Keep updated, I make music for you, so please enjoy! Hit me up any time, Love yall niggaz!