By Jordyn Armstrong on February 14, 2014@jordynhannah95 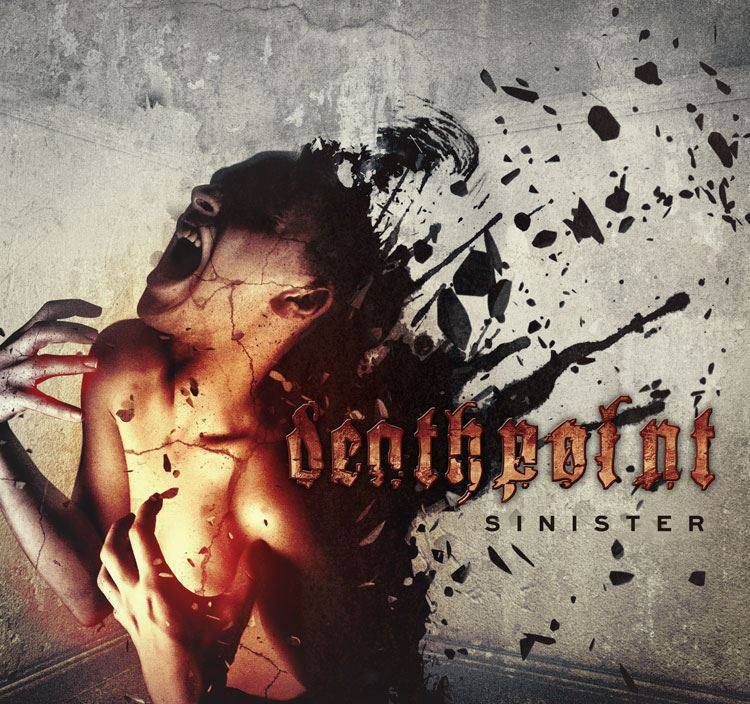 Deathpoint is a metal band from Hamilton, Ontario. The band has Tom Emmans on vocals, Tim Ross on guitar and Brad Gold on bass.
They already have an album called “Fixation” that was released in 2010 and an EP called “Suffer” released in 2011. They have recently released their album “Sinister” on October 1, 2013.

The album is a very strong metal sounding one. The vocals are well developed and has a very strong feel to it. The guitars and drums come at you and says “BAM! We are Deathpoint!” One of my favourites guitar sounds is from the opening track “For Your Eyes Only”. It starts off with that older rock feel before turning into metal sounding, then back to the rock and so on. And the same goes for the vocals, it goes from the typical metal screaming to singing and back again. This is definitely one of my favourites.

Other great song on the album are “Entitled to Nothing” and “Lost Haven”. This album I feel is really good and I can’t wait to see more from Deathpoint in the future.