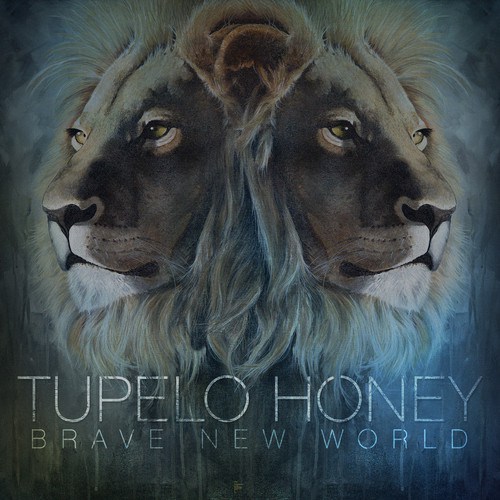 Alberta band Tupelo Honey has released their new album, ‘Brave New World’. It is their second full length album after debut album ‘Caught Up In The Excess’, released in 2011. The new album has some heavier songs as well as more mellow ones in the mix, diversifying the album.

The ten track release includes previously released single, “Halo”. “Halo” is definitely my favourite off of the album, but it’s closely followed by “Dancing With Your Ghost”, “Lifetime”, and “Feel This Love”. If you’re a fan of heavier music, you would mostly likely like “Disaster”, which has harder vocals than the rest of the album.

The album, full of electric guitar and drums will please any of those who are a fan of the genre. Overall it is a very well put together album with some really good songs. Though some songs may not appeal to everyone, it is definitely worth checking out.