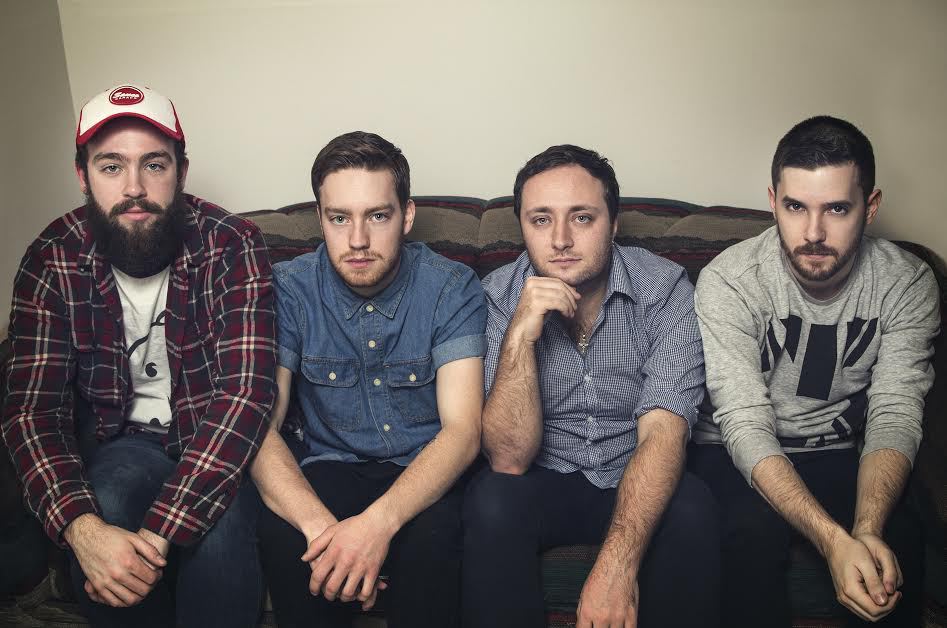 Want to find more out about this awesome Canadian band? Well this is your chance, as I’ve been able to conduct an email interview with the guys. Keep reading to find out more.

You were previously known as “Colfax”, why did you change your name? Why did you choose “Double Experience”?

DE: We’ve been thinking about the name change ever since 2011, but our schedule was hectic to say the least. There were almost as many legal implications appearing as there were other bands named “Colfax”, so we took the plunge. And if anybody appreciates video games as much as our band does, than they will understand the name.

DE: We met through playing shows together with our respective bands at the time. Kenny hadn’t even finished high school when he joined our band, and we convinced him and his school to let him tour as part of a co-op program. Some way or another, we all bent our school schedules far past the point of convention to make time for the band.

You have toured Canada six times, as well as the UK and United States, where else would you love to tour?

DE: European countries like Germany, France and Spain all appear to treat rock bands right. We hear nothing but good things from other bands who have had the chance to go, so the thought of touring and exploring over there excites all of us.

When can fans expect to see you tour across Canada again?

DE: We are leaving for another Canadian tour in February and March. We go out to Alberta, and then all the way back through Canada to Nova Scotia.

You did something unique with your album, you released it in the form of trading cards, where did you get this idea?

DE: All four of us grew up collecting Pokemon cards, just like everyone else our age did. So the idea of trading cards was not only unique, but it seemed to check all the boxes for nostalgia as well as having a collectible. That’s seems to be the main selling feature of vinyl, you know? Most people who buy other band’s vinyl don’t have the complete audio package to get the full superior sound. To them, it’s all about the limited pressings and colours and the sense they own something special. We could also put more than just music on the cards, so collecting more of our cards means you unlock more puzzle pieces to a grand prize after acquiring them all.

You just released a brand new single, “Who the Hell?” on January 12, what made you choose this song as the single?

DE: Al at Warrior Sound reckoned that it was one of our better songs. We agreed that the song is straight up rock n’ roll with enough ear candy to provide interest. Rock music has lost it’s roll. Lately, rock’s center of gravity has been at the head and neck with headbanging, and we want to bring the center of gravity back down to the waist.

How has the fan reaction been towards “Who The Hell?”?

DE: It’s been awesome so far. It definitely expedited  the five stages of grief.

For your newer fans, did the sound change with the band name changed?

DE: Not at all. All the songs we recorded for our new album were technically written when we were still operating under the old name, so this is exactly what they signed up for. We have a few curve balls that will be released this year, but that’s always been the case. We’ve never done a front to back slow/quiet song before, so fans can expect this year.

What can fans expect from Double Experience in the near future?

DE: Aside from touring Canada, we will be going back into the US and returning to the UK this summer. Now that our name has changed, people have been far more receptive to the idea of us playing on festival dates too. A lot of opportunities have opened up for us now, and we’re just trying to decide what’s right for us.

Now about about some fun? If you could tour with any band, which would you choose?

DE: Queens of the Stone Age would be awesome. There aren’t many arena-sized rock bands left, but they’ve got to be the best.

Canadian Beats is all about Canadian music, so who is your favourite Canadian band/ artist?

DE: Each of our personal answers are different, so we’re gonna say our fellow geeks in Rush.

What is your favourite game console?

DE: N64. Friendships were made and broken over Mario Kart, Mario Party and Super Smash Bros.

And of course, what’s your favourite video game?

DE: Don’t make us pick! Maybe one of the older Call of Duties, before the series was run into the ground.

Last but not least, what would you like to say to your fans?

DE: Thank you for all your support. We’re leaving no stone unturned this year, so prepare for our best one yet.