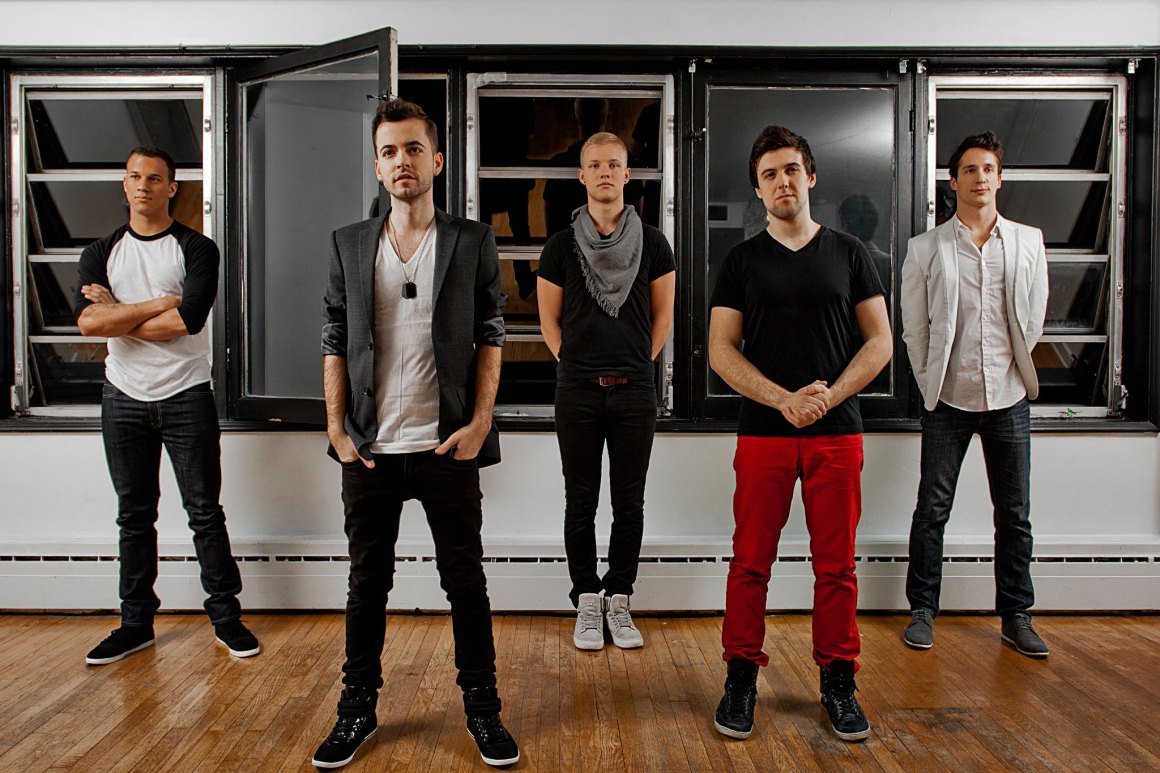 Keek is a five piece pop band from Ottawa. The band includes Conor (Vocals), Pearce (Guitar), Marek (Guitar), Willy (Keys) and Matt (Bass).   I recently had the chance to do a virtual interview with the band,  keep reading to find out lots of of information about Keek.

Keek: We all played in bands when we were really young! It’s been a passion of ours for a very long time! When we saw bands like Gob or Sum 41 doing it, we thought “We want to be rockstars too.”

How did the band members meet?

Keek: We all met through each other!

Keek: Conor: My first musical memory is playing my first piano recital when I was about 4

In your career so far, what has been your favourite moment?

When it comes to writing songs, where do you tend to draw inspiration from?

I was just listening to your single, “Feel It” and it’s a great song, when can we hear new music from you?

Keek: We are currently in the studio working on new music! We’ve had some of the most exciting studio sessions working on our new stuff, so we are extremely excited to release it!

You played a show with Courage My Love and Crystalyne on November 27, how did that go?

Keek: That show, like every show was a lot of fun! We got to play some of our new stuff and it went over really well!

Speaking on shows and touring, do you have any upcoming dates that the fans might want to hear about?

Keek: We are concentrating a lot on studio at the moment, however, we are also rehearsing the new songs so we can start touring very soon!

If you were to put together a tour with yourself and two other Canadian bands/ artists, who would you choose to fill those spaces?

Keek: Conor: Even though the line up wouldn’t make the most sense, I’d love to tour with Nickelback and Justin Bieber!

I had a question submitted from one of your fans, Ally (@13KeekyGirl) Considering it’s the beginning of a new year, what are you most looking forward to this year for the band?

Keek: I think the release of our new music and playing shows all over Canada is what we are super excited for! Also finally meeting Ally!!

Let’s have some fun now.

If you had to explain your sound to someone in one word, what word would you use?

Keek: potato. no jk. I’d say “Fun.” We always want to make sure this whole career is surrounded by as much fun as possible, that’s why we do it. So I think “fun” is the best word!

Canadian Beats is all about Canadian music, so what Canadian bands/ artists are your current favourites?

Keek: 2014 is going to be a really fun year for us, We can’t wait to meet and hangout with everyone!