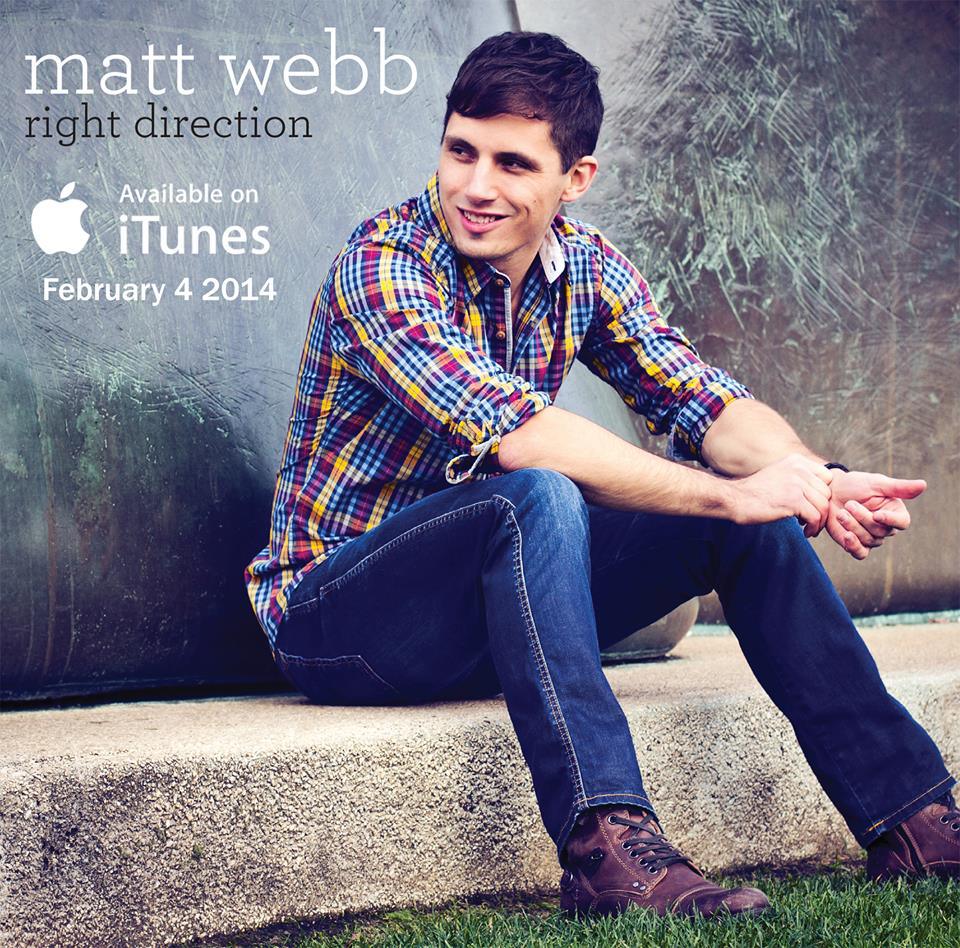 Matt Webb has released his second solo EP under 604 Records. ‘Right Direction’ has a very different sound than ‘Coda & Jacket’, having less of a pop sound, leaning more to an acoustic sound. ‘Right Direction’ was also more cohesive in production, having the same producer and musicians on the entire EP, rather than a number of different collaborations.

The physical CD has four tracks on it – “Right Direction”, “123”, “Don’t Turn Your Back On Me”, and “Heartbreakers”. If I had to pick a favourite out of the four songs, I would have to pick “Don’t Turn Your Back On Me”. The piano throughout the song gives it a different sound than the rest of the songs on the EP, and the lyrics “will you be there for me, when I get home, will you be there for me, so I’m not alone?” give the listeners a way to relate to it on an emotional level. “Heartbreakers” features producer and Fake Shark Real Zombie singer, Kevvy Mental, giving the song amazing harmonies.

The iTunes version has two additional exclusive tracks, “Hang Tight” and “Lucky Number”. “Hang Tight” would have to be my favourite song overall on the EP. It shows Webb’s vocal talent which is sometimes hidden in more of the background of Marianas Trench songs. “Lucky Number” also shows his talent of guitar playing with its guitar solo reminiscent of a rock song from decades passed rather than a 2014 pop song.

All in all, this EP is a job well done by Webb. It certainly branched from his debut EP in 2011, and goes in a completely different direction than songs from Marianas Trench.