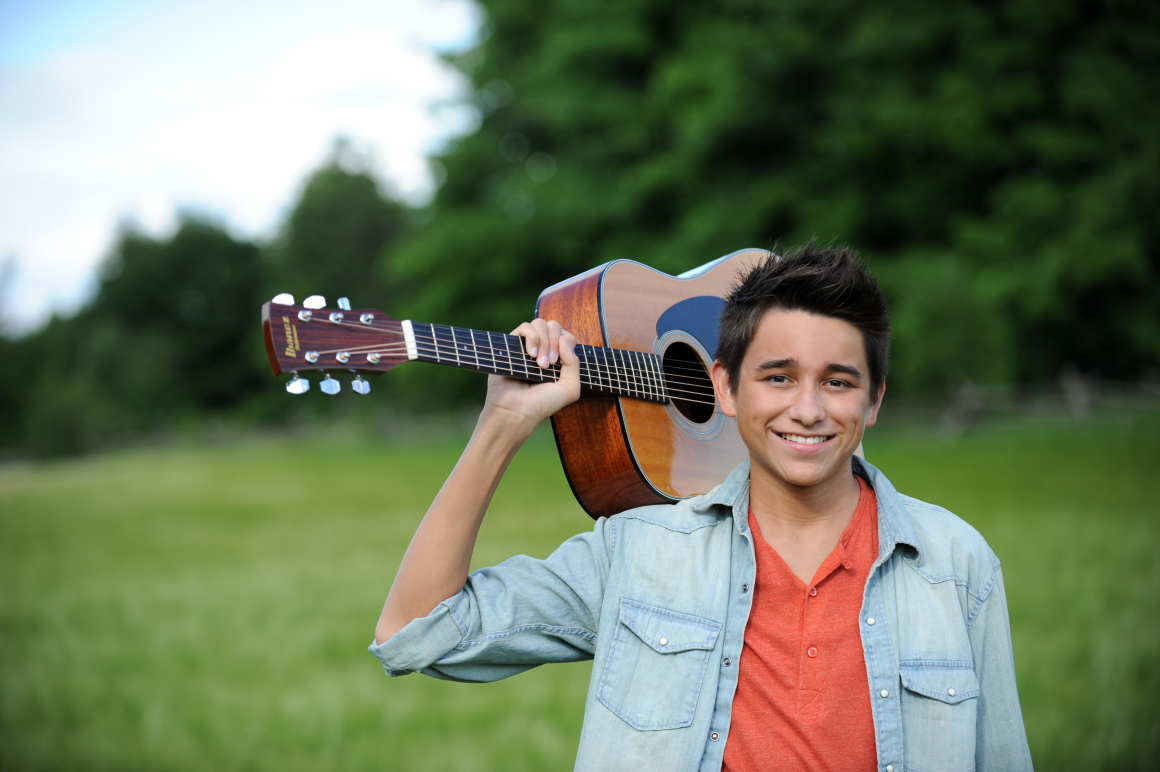 18 year old Jordan McIntosh is a country artist originally from Ottawa. Although young, there is no denying the talent that he has. Starting out in a talent show in grade school, McIntosh quickly realized the potential his talent held and began to pursue music. Drawing inspiration from country music greats such as Luke Bryan and Jason Aldean, McIntosh has released a few singles such as “Walk Away” and “Grew Up In A Country Song”.

McIntosh is heading out on tour with Brett Kissel and One More Girl on the Young Guns Tour in the early part of 2014. All dates and ticket information can be found athttp://jordanmcintosh.ca/tour/. Later in the year, McIntosh is also on the line up for the Cavendish Beach Music Festival in Cavendish, Prince Edward Island, a country festival that has had headliners such as Taylor Swift, Reba McEntire, Lady Antebellum, and Blake Shelton.

Be sure to follow Jordan on social media to keep up with him on tour and any other information you may need.

Do you find it difficult balancing school with trying to break out on to the country music scene?

JM: I actually graduated high school last year so my life is 100% music right now. The time that I was in high school and pursuing music was difficult to handle at times. Fortunately I had great teachers who were on my side and helped me in any way that they could.

How did you feel when you were asked to perform the Cavendish Beach Music Festival with headliners such as Blake Shelton and Hunter Hayes this year?

JM: I felt great! It’s such an honour to get asked to perform along side artists like them. As a new guy in this industry, I look up to them and take in as much as I can. I’m pumped for Cavendish Fest!

JM: Life, friends, family… pretty much whatever is going on in my life at that moment. Just graduating high school I get a lot of my inspiration from stuff I went through while in school. Things that, at the time, were really hard to deal with but now they inspire me to create something that could possibly help someone when they listen to it.

JM: This is a very tough question. There are so many artists that I would love to work with and to choose just one is almost impossible. I’ve really been into song writing lately so I think if I had to choose I would say Taylor Swift. That girl is one of the best songwriters and I would love to just sit down with her and learn her song writing process.

JM: Definitely Luke Bryan. He puts on such a high-energy show and to be a part of that would be incredible. He also seems like such a fun, down to earth guy to be around.

JM: I guess I would describe it as a young male teenagers perspective on the world. Songs that are fun, catchy, young, and make you feel good. I’d probably tell them to listen to my song “Grew Up in a Country Song” because it’s a song that I wrote that came from my heart and would really give them a good example of my style.

JM: My favorite song to perform live is a song called “What You Don’t Know”. It hasn’t been released yet but it will be on my upcoming album. It’s a ballad and it’s one of the most personal songs I’ve ever written. It’s such a powerful song and it has this long held note at the end where the crowd always starts to applaud and it just feels so good.

If you were to create a playlist of your favourite Canadian artists, who would be on it?

JM: That would be a long playlist. I definitely would have to have Dallas Smith, Johnny Reid, George Canyon, Kira Isabella, Aaron Pritchett… there’s so many more that I’d add to the list too. These are people that have offered me their friendship and advice about this industry. They are also all amazing artists in their own right.

When you write songs, what comes first, the lyrics or the melody?

JM: It changes from each writing session to the next. Sometimes I’ll be going through something and I’ll just start writing down lyrics with no melody in mind. Other times you’re fooling around on the guitar and you hear something really cool sounding. That’s what’s so great about song writing, it’s so spontaneous and new each time.

JM: Wow this is tough. It was probably a song from a Disney movie because my family and I are big Disney fans so we were always watching those movies.

JM: Wrecking Ball. I know that’s really random but we all know it and people just get so into it, it’s awesome!

JM: My iPhone. A helicopter. And gas for the helicopter so I can get off of the island.

JM: I can touch my tongue to my nose.

JM: Going to the gym with my trainer, who also happens to be a good friend of mine. I spend a lot of time training at the gym with him but it feels more like two friends hanging out, which is awesome.

JM: This is tough, I’ve been lucky enough to get the chance to see so many amazing artists in concert. I would love to see Taylor Swift again, the first time I saw her was a few years ago. It’d be awesome to get to see her live again.

JM: Larger arenas. Intimate venues are fun but it gets awkward sometimes when you can clearly see everyone staring at you. With larger venues the energy in the building just feels bigger and less awkward.

JM: Australia. It just seems like such a fun, beautiful country to visit.

JM: Thank you. Honestly… thank you. Every artist has an incredible team of managers, agents, publicists and all the people they need behind them, but the fans are who determine what your career holds for you. Without the fans by your side you cannot be successful. So thank you for sticking with me and for being my fan.