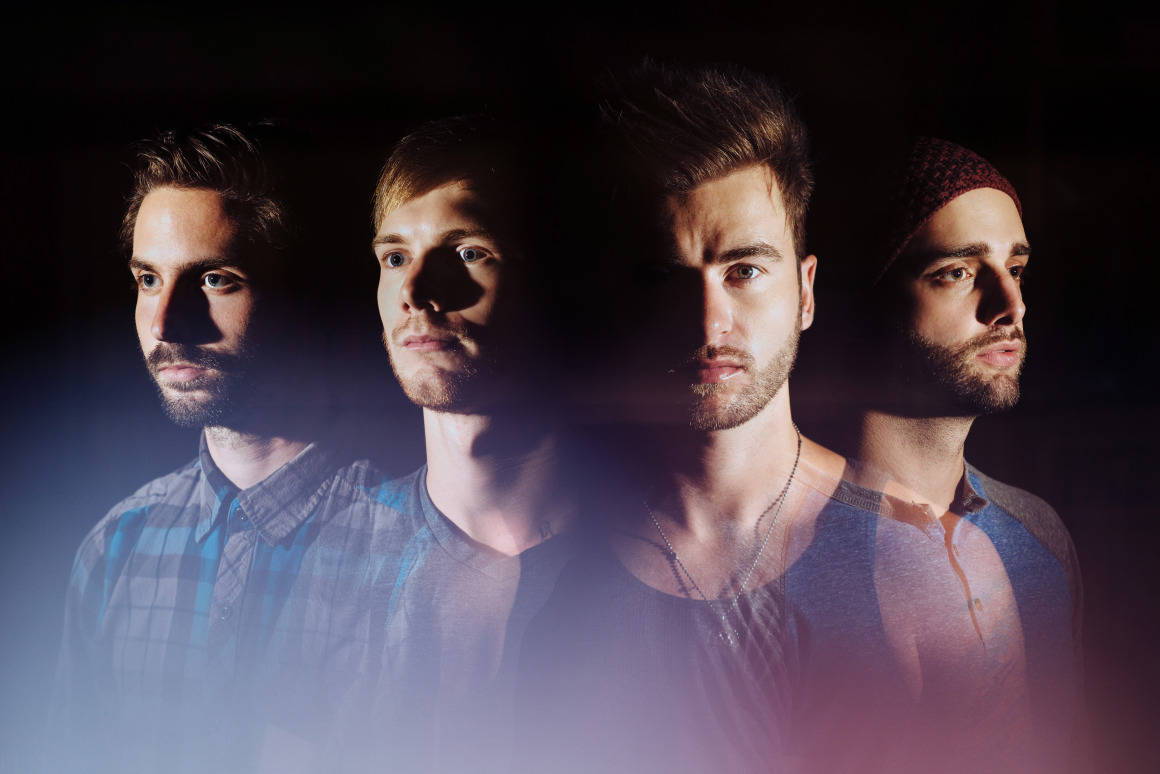 The Playdates are a pop band based in New Brunswick. Their songs have been featured in shows on MTV and on Degrassi as well as supporting bands like Marianas Trench, Stereos and These Kids Wear Crowns. The band recently release a new album called The Sky Inside. We asked them a few questions about the album and their future plans.

You worked with Luc Tellier (Simple Plan, New Cities) on your first self titled EP, what made you decide to work with him a second time for the full length, The Sky Inside?

TPD: We’ve known Luc for a long time and we’ve always trusted him with making great sounding tracks. I think we look at Luc kinda like we look at ourselves “Underdogs”; We want him to succeed and have a long career in music just as we do. Not to mention he is ridiculously talented in all aspects of music.

Greig Nori (Marianas Trench) also had a hand in your full length, how did working with him differ from working with Luc?

TPD: Luc is a morning person and Greig is not haha. No but on the serious side .. Greig is explores any and every avenue of the song ( A producer at heart) and Luc turns mediocre songs into huge sounding songs ( a mixer at heart).

You did an extensive tour this past summer through eastern and central Canada. How was the crowd reaction to the new album? Do you have any plans to tour into western Canada or to those places you didn’t reach this summer?

TPD: To don’t think the crowd knew it was the new album to be honest haha but I know they really reacted to some of the songs on it “Greedy, Oxygen, All For Love”. I don’t think we will be travelling out West until we are financially ready to be honest. Touring is a huge expense and without having financial backing out west would just put us in the hole even more haha.

Christmas For Me became the number one Canadian Christmas song this holiday season. How did it feel to know that it was getting so much airplay across the country?

TPD: Ya know … It feels great but we would prefer having the #1 song in general haha. We are happy it did so well but we know that’s just a really small step in the grand scheme of things. We’re not getting any younger.

You’ve opened for big names like Marianas Trench, Stereos and These Kids Wear Crowns. What bands would you like to tour/play a show with?

What has been the highlight of your career, up until now?

TPD: Having our music video playing on Much Music this December was awesome. My entire family saw it, including distant family. So finally having everyone see that we are actually doing something with this music thing was great.

What is your biggest inspiration when writing songs?

TPD: Melody for me. When I hook onto a great melody the rest writes itself.

Canadian Beats is all about Canadian music, who are your favourite Canadian bands and artists?

TPD: Bryan Adams, Our Lady Peace, Hey Rosetta.. so many but I’m drawing a blank.

TPD: Thank you for sticking with us threw our band puberty … it’s almost time to reveal our adult form… stay tuned.