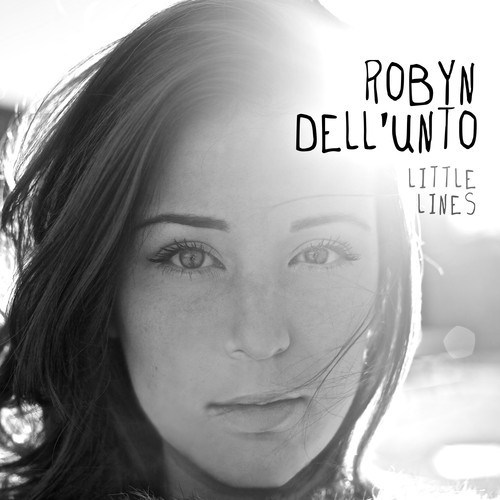 Robyn Dell’Unto is a musician from Toronto, Ontario. Her latest release, ‘Little Lines’, released on January 28th, 2014, is a follow up album to her first album, ‘I’m Here Every Night’ from September 2010.

‘Little Lines’ is a 10 song pop recording, mixed with a little bit of an indie sound. The album in its entirety can lift your spirits if you’re feeling down with its cheerful music. The lead single “Pretty Girls” gives you a look into how the album sounds.

Personally, I prefer slower songs on albums. To me it shows more talent from the artist. The song “Last To Love You” is an example of this. While the music still has its cheerful melody, it is slow enough to allow the listener to really listen and understand the lyrics of the song. The title track is also a prime example.

This isn’t to say that I only like the slower songs on albums. I also like the songs “Sidecar” and “It’s Not Me”. They have fun, upbeat music which you could easily dance around to and pretend it’s a beautiful summer day, even when it may be winter and 30 below. The songs seem to radiate sunshine and the feeling of warmth because of joyful backing music.

All in all, this album has something for everyone. Even if you aren’t a fan of pop music, you would be able to enjoy the pleasant lyrics and melodies Dell’Unto has to offer with ‘Little Lines’.