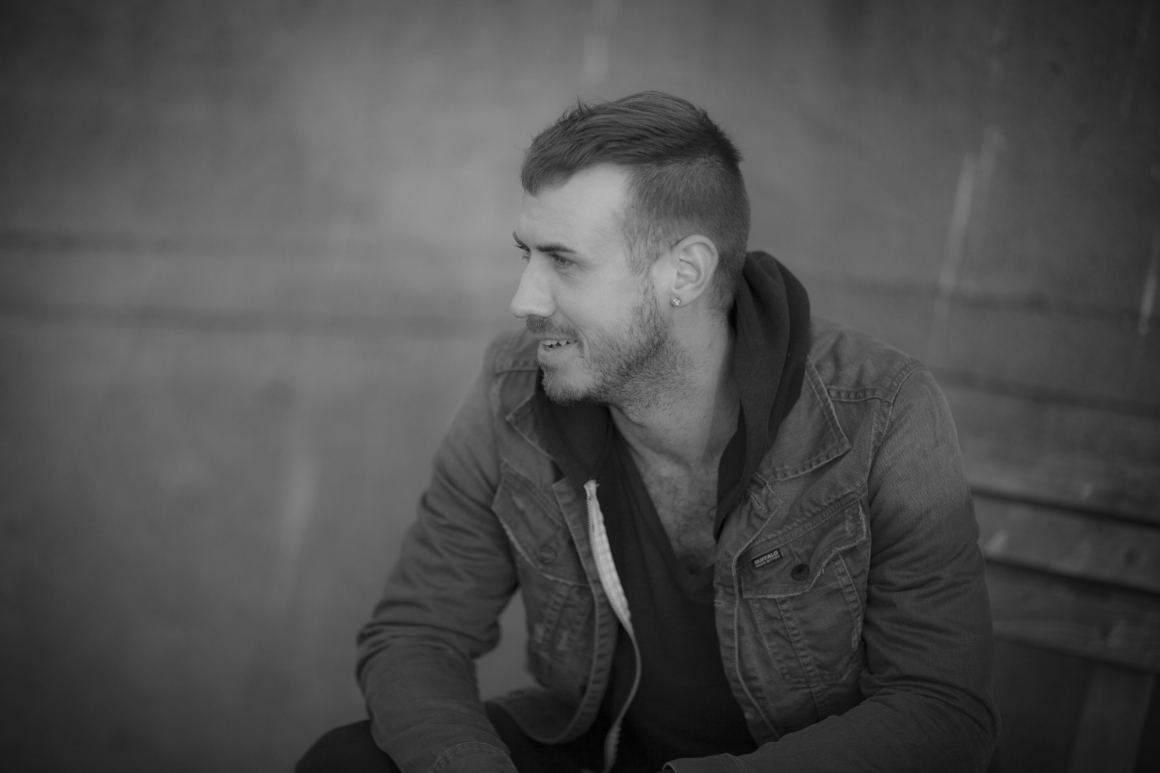 Bodhi Jones is singer/ songwriter from Vancouver, BC. Over the past 6 years, Bodhi has recorded 4 full length albums, selling over 30,000 copies while busking on the streets of downtown Vancouver. He was chosen as Virgin Radio’s “BC Artist of the Month” in 2009 and voted into The Peak Performance Project’s top 20. On top of that, he was named Vancouver’s best busker by the Georgia Straight.

In 2010, he again earned a second selection in The Peak Performance Project’s top 20. He currently recieves airplay on various radio stations across the country.

His newest release, “Bones” was released on August 20, 2013 and has been touring relentlessly in Western Canada.

Want to know more? Continue reading because we scored an interview with Bodhi, and we want to share with you!

You discovered your passion for music at a young age, but when did you decide that you wanted to pursue music seriously?

BJ: I started street performing (busking) in 2006, and was selling lots of albums that way which sparked a belief that maybe I could actually make a living from my music. In 2007 I signed a deal with Mercury Records which ended up not going very well… but nonetheless it was at that time that I knew the pursuit of my dream had really begun!

You have recorded 4 albums over the past 6 years, how have you grown as a musician through each album?

BJ: For me it’s more of a journey to get as close to the truth or heart of things as I possibly can, than to become a better musician technically. I just love to write songs and I’m always striving to get closer to the core of the emotion that I’m feeling inspired by in that moment. With each new set of songs I release, it feels like I’m scraping one more little layer off the surface.

Your newest album, “Bones” was released on iTunes on August 20, 2013, how has the response been?

BJ: I’d say that the response from those who’ve heard the album has been great, but the trick is to get it heard by millions and that’s a really big challenge. I’m always open, optimistic, and searching for avenues to get the music out there to the masses but honestly, if even one of my songs gives someone a little bit of strength or courage to feel better, then my job as a music maker has been done.

If you had one chance to show someone one song from your newest album, which song would you choose? Why?

BJ: Hmmmm… I guess I’d go with “Drink Like The World’s Gonna End”. I’m proud of the lyrical content and it has the biggest dynamic range, from soft and intimate to loud and chaotic (just like real life).

When writing, where do you pull inspiration from?

BJ: I generally draw inspiration from my own struggles with life and relationships but I like to put a strangers face into my stories too. I need to be able to picture someone connecting with the song, going through the same experience, or feeling a similar emotion. I also believe in a musical spirit that’s harnessed by being open, present in the moment, and ready to work. It never really feels like I wrote the song (it’s not something that I take credit for), it just comes to me if I’m there to capture it.

You have had your music featured in movies and on tv, how does it feel hearing something you created as part of a tv show or movie?

BJ: When I hear my own music in a Movie or on TV, it always feels a bit awkward and out of place… but hopefully that’s just because I’m hearing my own voice and there’s all sorts of self conscious crap that goes along with that. However It does feels amazing to have someone want to use your music to enhance their project and it feels even more amazing to get paid for something that you love doing!

If you could have your songs featured on any TV show or movie, which would your choose?

BJ: TV Show – Curb Your Enthusiasm (how they’d make it fit I have no idea, but I could die happy if Larry David was bumpin one of my tunes).

Movie – Eternal Sunshine Of the Spotless Mind, Good Will Hunting, or Garden State

Let’s talk about touring, where has been your favourite place to do a show?

BJ: Out of all the memorable shows I’ve played, I’d have to say that my favourite shows have been in people’s living rooms throughout Canada. There’s always such an amazing bond between everybody on nights like those. Good food, drinks, stories, laughter, love, and a sense of community. A beautiful human experience through n through, what life’s all about!

Churches and small theatres are also good for the heart n soul.

BJ: David Gray, Ray Lamontagne, Leonard Cohen, Serena Ryder… I dunno, anyone who’d take me along for the ride really.

Canadian Beats is all about Canadian music, so we have to ask you who your favourite Canadian bands/ artists are?

Here at Canadian Beats, we always like to include a few questions to help the fans get to know you a bit better, so let’s find out some of your favourites, what’s your favourite song to cover?

BJ: I don’t generally play cover tunes… but I just recently learned “Let Her Go” by Passenger, as well as “Say Something” by A Great Big World. You can listen and or download em at www.soundcloud.com/bodhi-jones

What is your favourite thing to do on a day off?

BJ: I’d definitely have to say, beach walks and coffee talks are my favourite

What is your favourite flavour of ice cream?
BJ: So many flavours… so much deliciousness… Top 5! Mint Chocolate Chip, Cookies and Cream, Blue Bubble Gum, Butterscotch Ripple, and Vanilla.

BJ: I just read the best book I’ve ever read last month. Buy it, borrow it, steal it, doesn’t matter… just read it! “The Humans” by Matt Haig

BJ: 64 days ago I would’ve said beer is my favourite beverage… but I’m currently in the midst of breaking up with beer, so I’m gonna say Coconut Water, Almond Milk, or Aloe Vera Juice (mmmmmmm).

BJ: I wish all fast food restaurants were band from planet earth… buuuuut, when I feel like hating myself and feeling ugly inside, I tend to go to Wendy’s or A & W.

BJ: Anyone who’s ever enjoyed my music and sent a kind word of support my way, is considered a friend in my books. So thanks for being my friend, I’d be totally screwed without you.