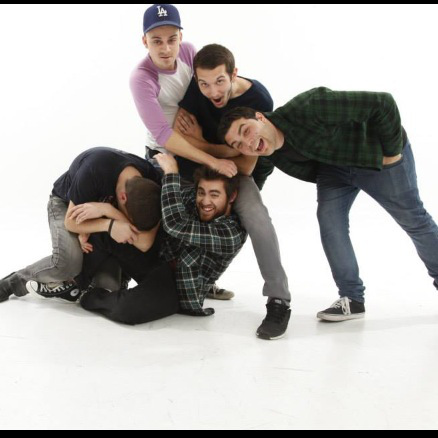 Starstruck Avenue is a five member pop punk/rock band from Montreal, Quebec. They have a few songs available on their Bandcamp here http://starstruckavenue.bandcamp.com/, as well as on their YouTube page for you to check out. If you want to learn more about this band, check out their social media below and keep reading this interview!

SA:  Our parents introduced us all to music at a young age. Showing us videos of the biggest icons in rock n roll history such as Angus Young from ACDC or Roger Daltrey from The Who.

SA: Everyday problems such as corruption and heartbreak.

SA: if we had to chose one band to work with, it would have to be Green day . They have mastered the the art of live performance, and will never disappoint.

SA: We would like to tour with The Story So Far , a band we all look up too.

SA: i would say that our music is like a mix of Sum 41, Green day and All Time Low. but with our own special something to it. Deep lyrics, harmonies and a lot of emotion. We would suggest a song we wrote called Next to You.

SA: One of our favorites to play live is actually a song we haven’t recorded yet, which is called Swimming in Regret.

SA: I remember hearing my parents listening to come sail away from a band called Styx when i was a few years old.

SA: The first CD I ever bought was Van Halen Greatest hits

SA: As a band we all really want to visit europe and play some shows over there!