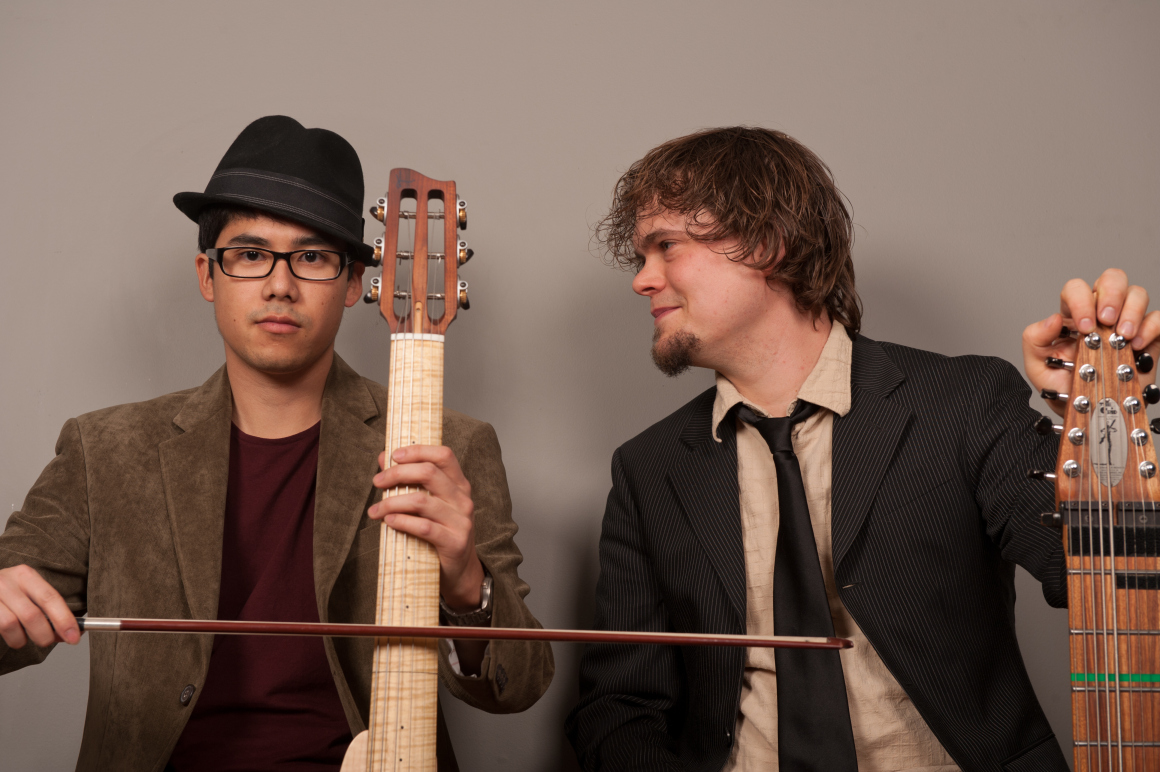 Fools Tongue is a rock band from Edmonton, Alberta which is a music project from friends and long time musical collaborators, Luke Ertman and Jeff Ramsey . The band got bored trying to create the next “modern” rock hit, so they eventually decided not to try to make a certain kind of music, they decided to make their own music. They released a full album on April 30, 2013, and you can purchase it on iTunes here: https://itunes.apple.com/ca/album/new-world/id640226839

If you need to know more about this band, be sure to connect with them on these websites:

And of course, you should keep reading this post to find out more about them in our email interview!

How did you come up with the name, “Fools Tongue”?

FT: Well we were formerly in a band called Manikin (grade 10ish) and it fell apart. So we knew that we needed a new name. We literally went through sections of the dictionary and stories that we liked and pulled all the words that we thought were “cool.” Then we paired them up and made lists and sorted through the lists and very very slowly got it down to the ones that we thought were the best. Then we had a committee of a few people that we trusted take a look and decided upon Fools Tongue. It was not at all a spur of the moment type thing. We actually worked really hard at it….

FT: We both decided that we wanted to pursue music very early on in our lives. I think by grade 10 or 11 we knew that it was in our future. We really weren’t good at anything else and had a lot of time on our hands. We lived in a small town and music really was the only thing to do.

What inspires you when writing a song?

FT: Well it like a recipe, a careful combination of ingredients. It usually starts out with an idea from another artist, or from a dream, or a book. Then with the proper amount of time in the studio, mixing, and reflection it turns into a meal. Sometimes the best inspiration is just knowing that you have to write a song or tell a story to get a project done. Having a gun to the head really helps. And we can’t say that alcohol and tea haven’t played their parts.

Is there a certain band/ artist that has a strong influence on your music?

Which song on “New World” has the most meaning behind it?

FT: That’s a tricky question. They are all part of a story and every song has it’s role and
meaning. If you are looking for the song that has the most imagery or metaphor then “Faith” would be the song. It has the most messed up lyrics. Most of the album is actually really straight forward in terms of lyrics and meaning.

If someone were to ask you what role Social Media has in the music industry, what would your short answer be?

FT: Ideally, none. To be honest we’re really only good at music and social media boggles our minds. But, we do understand that it’s important. Now a days social media is the outlet for music. It’s where we advertise it, it’s where we talk about it, and where we listen to it. It has become paramount. But, you have to know how to use it for it to be effective.

Canadian Beats is all about Canadian music, so of course we have to ask who are your
favourite Canadian bands/ artists?

We always like to include some “fun” questions at the end of our interviews, so here goes. What is the first album you remember buying?

How old were you when you attended your first concert? And of course, which concert was it?

Jeff: Can’t remember the name of the tour, but smashing pumpkins and Foo Fighters were playing together.

Luke: U2 Popmart in Vancouver. I was in grade school and someone broke into our car and stole all my homework while we were at the show.

What is something your fans would be surprised to find out about you?

Luke: I’m an avid gardener. I have a 6000 sq ft garden and grow and can all my own food for the year.
Jeff: When I’m not playing I am also a painter.

If you were asked to describe your sound in one word, what word would you choose?

Is there anything you’d like to say to you fans?

FT: Thanks for the support. We hope that you continue to support Canadian Music and that you continue to listen to music that defies the mainstream. Music is as varied as the people who make it and most of it doesn’t fit into the categories that you hear on top 40. There is a whole world of music waiting for us and we would encourage listeners to explore that world from end to end. Listen to music that pushes you out of your comfort zone. Listen to music from other cultures. To learn to listen is to learn to love.