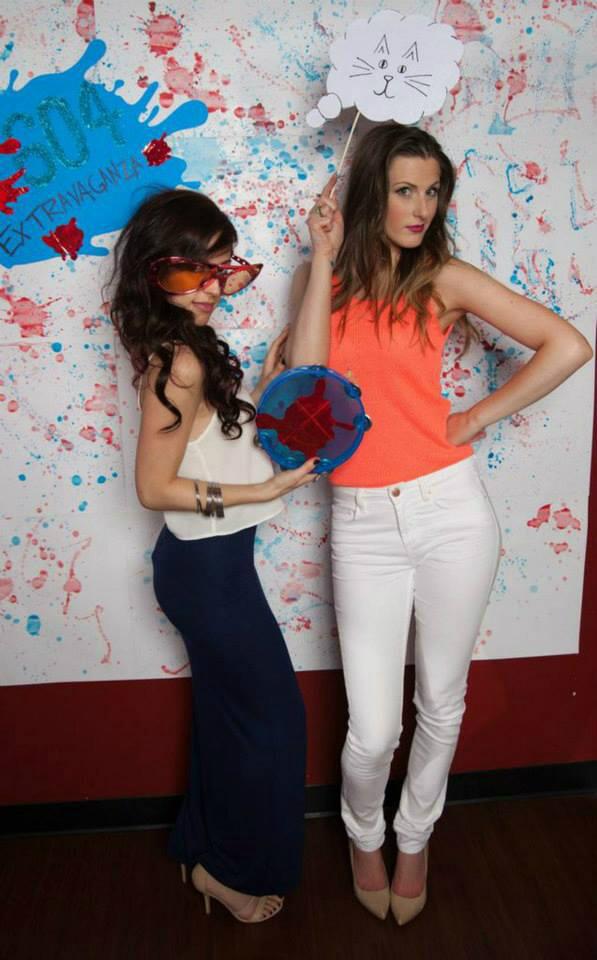 If you listen to any artists from 604 Records, you have probably heard of Jessica Lee or Cat Thomson. Lee, having first been featured on Marianas Trench’s “Good To You” after winning a contest to sing with them on stage, now has a solo album under 604 and was recently named ‘Best Up and Coming Artist’ from the first annual Canadian Beats Awards. Her debut album, ‘Carried Away’, which features her two singles, “Save Your Breath” and “Beautiful”, is available here on iTunes https://itunes.apple.com/ca/album/carried-away/id648060077.

Thomson, also under 604, is in the process of releasing her debut album as well. She has already released a single, “Sticks & Stones”, which is available here https://itunes.apple.com/ca/album/sticks-stones/id730590465?i=730590501. She was also nominated for the first annual Canadian Beats Awards and was featured on the third annual 604 Records Christmas Album.

Together, they are known as Cassica. They have released several covers on their YouTube channel of popular songs, as well as having a song on the fourth annual 604 Records Christmas album. Want to know more about Cassica? Well then continue to read this interview to find out!

Answer: In the womb of a unicorn.

What made you decide to start uploading covers on YouTube?

Answer: Every time we hang out…we sing. The first few times in our budding friendship, we realized we always harmonized with one another. One day someone said “You guys kind of sound exactly alike…it’s creepy”. So we decided to take our creepy matching…but non-matching…voices to YouTube-land.

Recently, you partnered with a charity in Vancouver to help families over the holidays. What made you decide to do this? How did it go?

Answer: Jessica had a previous connection to the organization and we always love to do things to give back to a community that has been so supportive. Also, Christmas is a time where everyone should feel the joy of a hot meal on their table and a present under their tree. It went incredibly well! With the support of our friends, family, and fans, we raised over $1000! A big thank you to everyone who donated 🙂

Have you ever or will you feature in each other’s music, not as Cassica?

Answer: Probably only in a writing capacity (which we’ve done). If we featured each other…it would just be a CASSICA song!

Will you two ever go on tour together?

Answer: That would be a DREAM come true!

Were you surprised at how your individual fans reacted to Cassica? Was it what you expected?

Answer: We’ve been so fortunate to develop such great relationships with our fans as solo artists, that we were happy to see that a lot of those relationships crossed over into our duo. We picked up a few new fans along the way and hope to continue to do so!

Are your musical inspirations similar?

Answer: Haha yes and no. We both really love big female pop powerhouses, but we each have our own tastes in genres. For example, Jessica grew up loving the pop/punk scene, whereas Cat grew up with more singer/songwriters. The cool thing about CASSICA is that we get to combine our influences and our styles to create something new and exciting.

Answer: RESPECT – Aretha Franklin (Jessica only knows the part with the spelling…and makes Cat sing the rest of it)

Answer: Wilson the volleyball. A box of Pocky. A trident.

Answer: Conversing in “Goat” to one another.

Answer: We just found this new local band: Marianas Trench. You should check out their just released album “Wild Life”. We heard the lead singer was on Canadian Idol.

Answer: Hedley. We would die to hear him sing “Desperate Measures” live.

Answer: In the middle, not too big, not too small! A space where everyone can dance, and we can dance with you.

Answer: Look out for more CASSICA goodness coming in 2014! Thank you for all the support, keep sharing and liking all our videos 🙂

Be sure to follow Jessica and Cat on social media to keep up with all they’re up to!