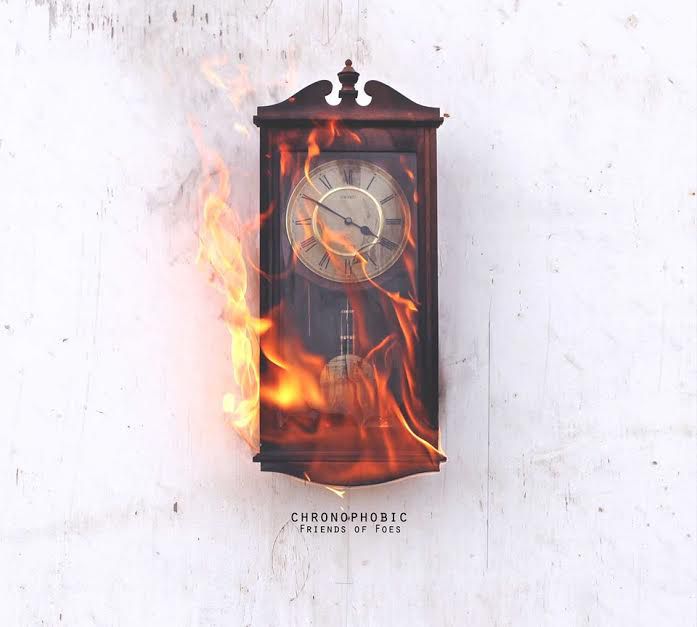 Saskatoon based indie rock band, Friends of Foes, are gearing up to release their debut album, Chronophobic. The album drops on December 26th with a release party at Vangeli’s Tavern in Saskatoon.

First of all, I have to point out that I love the artwork for the album. Guitarist Matt Stinn even told me that they burnt a real clock to get the pictures.

The first single from the album, Control, was release late September along with a music video that has now reached over 7,000 views on YouTube. Dear Past Self was released just over a week ago and is steadily gaining more views.

Even though this is their first release, after giving the album a single listen, there is no trouble to tell that Friends of Foes know exactly what kind of music they want to make. It gives me a toned done Arkells mixed with Kings of Leon vibe. If you like either of those bands, chances are you’ll like Friends of Foes. My personal favorite track from the album would be Light Sleepers/Heavy Dreamers.

Chronophobic will be released on December 26th. You can preorder it on their band camp below, with an instant download of Control and Dear Past Self.