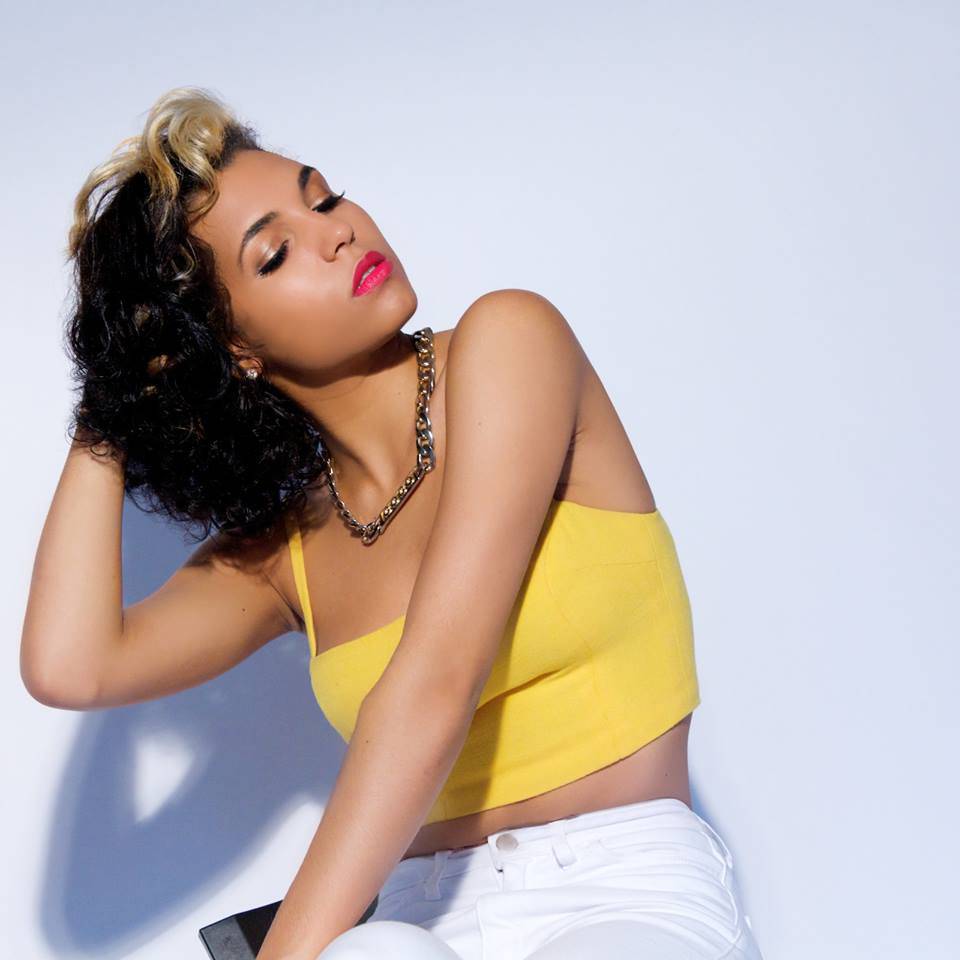 Vita Chambers was born in Vancouver, BC and raised in Barbados. Vita’s first single, “Young Money” was released in March 2010, along with her EP, “The Get Go”. The same year, Vita toured with Justin Bieber as one of his opening acts on the “My World” tour.

Vita is currently writing and co-producing her first full-length album. The album’s first single, “Fix You” was released on December 18, 2012 in Canada. And Vita’s newest single, “What If” was released on October 15 of this year. You can get it here: https://itunes.apple.com/ca/album/what-if-single/id719173837

To find out more about Vita Chambers, keep reading this e-interview.

VC: I really like “The Weekend” at the moment, as well as Serena Ryder and Drake, I’m obsessed with his latest single. I dance around my living room to it.

VC: Well of course i would headline lol then “The Weekend”, Drake and the Beibs

VC: To be honest, I never wanted to do anything else

VC: I always sang growing up. I think i sang more than talked, but when i was 11 i took it on seriously and found my first vocal coach.

VC: The first time I heard “Another One Bites the Dust” by Queen i became obsessed. Its my go to karaoke song.

Your song ‘Fix You’ has over 1 million views, how did you come up with the concept for the video?

VC: I wanted some thing people wouldn’t expect and a different perspective

What was the writing process like for ‘Fix You’?

VC: Honestly, it is  to this day the easiest sessions i have ever done. Everything just flowed and the song was written and recorded in 2 hours.

Did you do anything differently when you were writing your new songs that you didn’t do for ‘The Get Go’ EP?

VC: Yes! I actually wrote these ones lol I only recently considered myself a writer. I guess secretly i was but i never thought of myself as a good writer.

You recently opened for Marianas Trench in St. John’s Newfoundland, what was it like singing a duet with Josh Ramsay?

VC: It was a bit intimidating, I am a big fan of the band and Josh is an incredible vocalist.

If you were given the chance to collaborate with any band/artist, who would you want to work with?

VC: It would be a dream come true to work with Sia.

How would you describe your music to someone who hasn’t heard it?

VC: My music is honest and bold. Ever song is a piece of me.

What song do to suggest someone who hasn’t heard your music should listen to?

VC: All of them. There many sides to me and like them all my songs are different.

These next few questions will help your fan get to know you better, what is your favourite food?

VC: A home made hamburger with pickles and onions topped with mustard and ketchup, wins me over every time.

VC: Many, but the one that stands out the most was my 15 birthday. My best friend and i   and 3 days apart in June so we took a day with all of our friends and did everything we could think of. The island we lived on was our play ground.

VC: Dark Side Of the Moon – Pink Floyd

VC: It changes every day. Today i like…. Emerald Green

What is your favourite way to style your hair?

VC: Big curls and i let the wind be my best friend

If you could have any celebrities wardrobe, which celebrity would you choose?

VC: Thank you for all of your love and support. Together lets take over the world