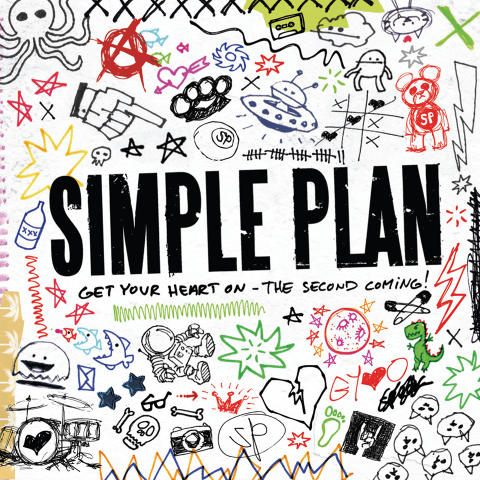 The ‘Get Your Heart On – The Second Coming!’ is the first EP release from popular Canadian band, Simple Plan. They decided that because the period of time between their last album, ‘Get Your Heart On’, and the one that they are currently working on was so long due to extensive touring, the band would put together a seven song EP to essentially tide fans over until the new album is released.

The EP as a whole is amazing. A few of the songs stand out as exceptional to me, such as “Fire In My Heart” and “Try”. Another song on the album that is fantastic is the acoustic track, “Lucky One”.

Along with the release of the EP, the band released their music video for the second song on the album, “The Rest Of Us”. The video is similar to their video for “This Song Saved My Life” from the first ‘Get Your Heart On’ album. It is a compilation of clips from live performances, as well as more candid shots of the band. See it here: http://www.youtube.com/watch?v=iHFpVniBcJM