By Jordyn Armstrong on December 4, 2013@jordynhannah95 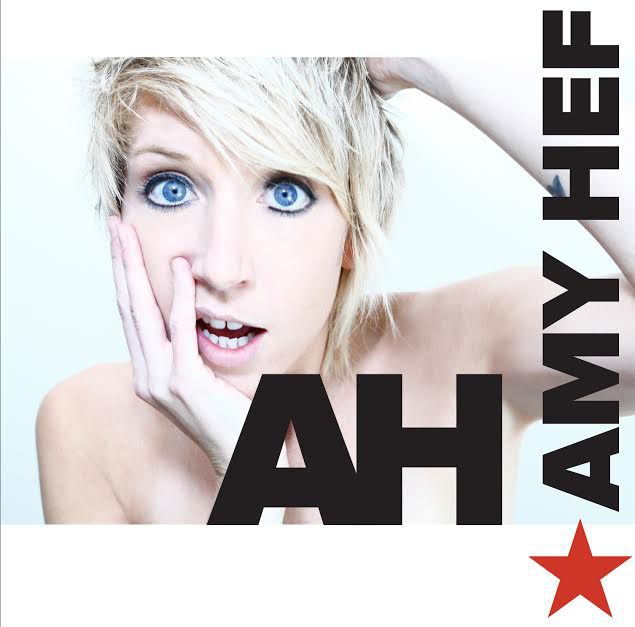 Amy Hef, short for Hefferenan, is a Canadian pop artist from Alberta. Raised in Saskatchewan, he dreamed big and wanted to be on the stage. She started as a drummer and went to the Musicians Institute in Hollywood. Now, she is catching the love of many Canadian fans. With one EP under her belt, she excitingly just put out another album on October 29th.

Canadian Beats is all about promoting Canadian music. Do you have any fellow Canadians that you look up to as an inspiration?

AH: Canadians kick some serious music ass!  Around the time I started playing and getting into music, Alanis Morissette released Jagged Little Pill and it made my jaw drop.  There are so many though. I learned how to sing by singing along to Sarah McLachlan albums. Corey Hart, Tom Cochrane, Bryan Adams and Jann Arden were also always cranked growing up.  But, while working on my latest album I was listening to the new Serena Ryder and Tegan & Sara albums and they really influenced the writing and production styles we used for a lot of the tracks.

If you could tour with any Canadian band, or artist, who would it be?

AH: Right now I’d have to go with Tegan & Sara.  I’ve been a huge fan for such a long time. Their latest album Heartthrob is delicious ear candy from front to back and I think we would be a great fit live.  I’m just waiting for that phone call Sara or Tegan!

Do you feel you have grown as an artist since your self titled EP?

AH: Oh sooo much!  Looking back at what I looked and sounded like is kind of like looking back at my old yearbook from high school and having a little chuckle and a cringe.  But that’s a good thing, I want to constantly be developing and growing. I strive to continuously outdo myself.

What can fans expect from your new album if they haven’t heard it before?

AH: I’ve spent over a year working on these songs getting the arrangements and the sound right. I really dug deep to have a record that you don’t want to skip a song and will want to listen to over and over.  This album is fun!  It’s party rock/pop. If you feel like you need a little energy and or a mood boost, put it on – it will definitely give you a little pick-me-up like a much-needed hug or vodka & Red Bull would.

You have played shows in New Zealand, LA and San Diego. What was the response from the crowd in those places? Is it something you would like to do again?

AH: I love playing anywhere and everywhere I can.  I’m already booked to go back to LA in the new year and we are working on other upcoming dates to go back to New Zealand and then hit Australia for the first time.  I show up to rock, get people excited and involved in the show and my songs – and it seems to work.  I feel I’m just getting started touring (even though I’ve been touring for 5 years).  I really feel that my new album is my key to seeing and touring the world.

For new fans, what would be one song you would most recommend?

AH: Being Awesome.  The hook is “Right now, I’m just a drink away from Being Awesome.”  It seems like something a lot of people can relate to.

Were there any obstacles in trying to get your way through the music scene?

AH: What do you mean were?! J I think the music scene is one big obstacle.  It’s a constant process of having to break through doors to get to people. Handling thousands of people saying ‘No’ and criticizing. No matter how successful you become, that will not go away.  But my God is it worth it when I get to play a show and see my songs connecting with someone and move them because of something I was able to create.  It’s a pretty Hef’n great feeling.

Where does the motivation from your songs come from?

AH:  Having a good time motivates me.  When I’m at a party and someone puts on a song where everyone stops and gets into it and sings along, I love those moments.  Life is short and we need to enjoy it. Music can help change your mood instantly.   Also, to not suck also motivates me.

I really like your song “Creepin’ Me Out” and the music video looked really fun to do. What’s it like bringing your songs to life in a music video?

AH:  The Creepin’ Me Out video was shot by the very talented Jordan Gooden.  Bringing a visual to the song makes me fall in love with the song all over again.  I want people to see that I’m not taking it all too seriously and give them an open window to my personality.

Your song “Can’t Wait” was featured on Keeping Up With The Kardashians. What was it like having your song played on a show that big?

AH:  My songs “Perfect” and “Dumb It Down” were also picked up by the show and have now been in 5 different episodes.  Not gonna lie – Keeping Up With The Kardashians is one of my guilty pleasures and it seems to ALWAYS be on.  The first time I heard my song on the show, I was at a photo shoot and the show was on in the background.  We all ran to the TV and cranked it up and it was quite enjoyable watching Kim Kardashian cry while my song was playing.

Here’s a few fun questions for the fans:

When you’re not on the music scene, what would we usually find you doing?

AH:  I like to keep it tight, so I go to the gym as often as I can. When I get to be on my own couch, which is not very often anymore, I love a good Netflix day.  I’m trying to read more but every time I start to read I fall asleep within 3 pages.  Books are a very long journey for me but I’m determined.

AH: Ketchup Chips! I seem to blackout once I start eating them and when I come to the bag is all gone and all I’m left with is an empty bag of guilt.  Reality TV and weird documentaries are also my guilty pleasures, for example The Man With A132 lb Scrotum.  How can you not tune in to watch that?!

Who would you work with, living or dead, if you had the chance?

AH:  I have a long list but I’d love to work with Stevie Nicks.  She is just so cool.  I don’t know any other way to describe her. And, I’d hope that by working with her, that just maybe, a little of her cool might rub off on me.

AH:  I’m so proud of this new record and need your help to get it out there.  2014 is going to be a year of touring and connecting with you all.  I’m constantly putting new videos and pictures on my Facebook page and website. So please, don’t be a stranger and thank you for keeping the Hef dream alive!