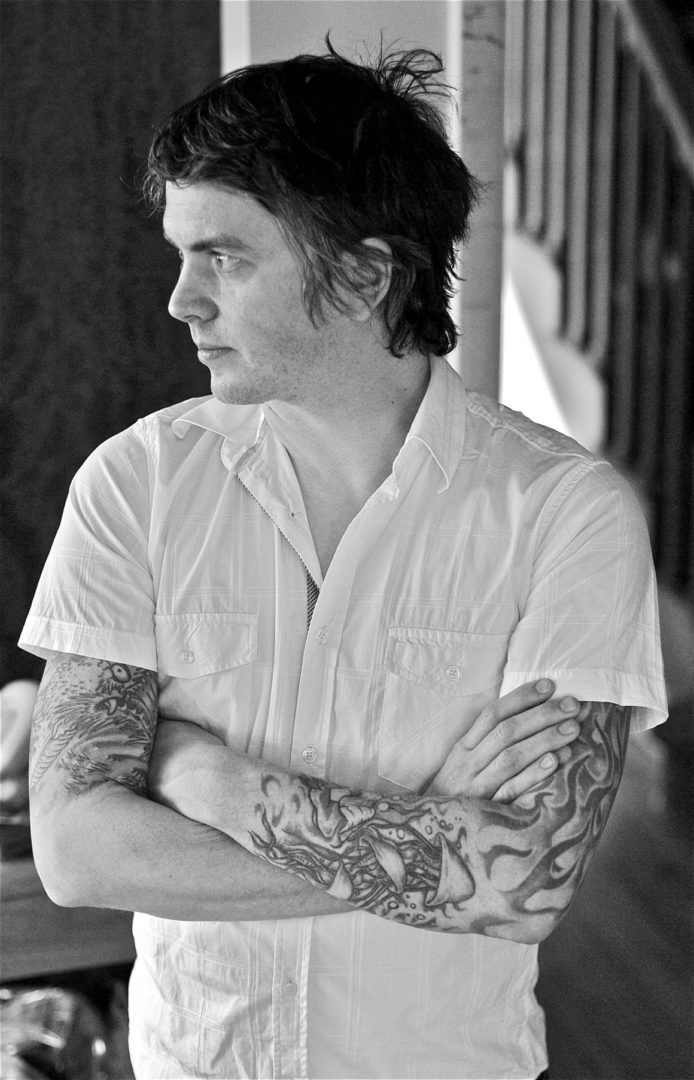 Greg Ball is a rock singer/ songwriter from Kingston, Ontario. Greg released his sophomore album, Mr. Rightplace on June 18, 2013. You can purchase it here: https://itunes.apple.com/ca/album/mr-rightplace/id660850905

Greg is currently on tour with Paul Langlois, you can find more information about the tour here: http://canadianbeats.wordpress.com/2013/10/09/paul-langlois-releases-album-tour-dates/

Keep reading to find out more about this awesome Canadian artist!

When did you decide to pursue music as a career?

GB: I have always wanted to play music, just now i would like to get paid for it. Music and I want to grow old together……I hope.

When writing songs, where do you typically pull inspiration from?

GB: Usually I pull inspiration from my life. I typically will write a song to work through stuff I am going through or write a song from another perspective to escape my day-to-day.

GB: Jackie’s song for sure. It’s about the burying of a loved ones’ ashes. It was a very emotional song to write and perform.

If someone hasn’t heard your music, what song would you recommend that they listen to first?

GB: I’d say people should listen to either the title track, Mr. Rightplace, or Jackie’s Song and they will get a pretty good idea of what my music is all about.

You worked with Tragically Hips’ Paul Langlois on your album, what was that like?

GB: Great experience! Paul is super chill and so easy to get along with. He has over 25 years of doing what he does, so to be able to tap into that, I feel very fortunate. Love that guy.

Speaking of Paul Langlois, you are heading out on tour with him as part of the nation-wide “Not Guilty” tour, what are you most excited about for this tour? What is your most anticipated stop?

GB: I am very excited, for so many different reasons! It is a really big opportunity for me and the fellas that I play with. I don’t think there is a spot we are looking forward to playing the most, we just can’t wait to be on the road!

Who would you say has been your biggest musical influence?

GB: For me, I would say Wilco/Neil Young. The guys in the band all have different influences as well. Lots of different backgrounds that we draw from

GB: Paul Langlois of course! I’ve been listening to a copy of his new album Not Guilty that I got from Paul non-stop. I also really enjoy Neil Young, The Tragically Hip and of course Sloan.

GB: Another record for sure. We already have the songs ready to go, we just need to focus on what we have going next.

We always like to include a few “fun” questions for your fans to get to know you better, so here goes.

GB: Gowan was my first album ever, the one that has Strange Animal on it and Criminal Mind.

If you could only watch one TV show for the rest of your life, which show would you choose?

GB: Son’s of Anarchy is what I’m really into right now. If you had asked me that a couple months ago, it would have been Breaking Bad for sure!

What was the craziest thing that has happened to you in your music career, so far?

GB: This! Meeting Paul Langlois and being on his Ching Music record label is sorta our TSN turning point.

GB: Hopefully see you soon! I didn’t know you were there! Don’t be so shy