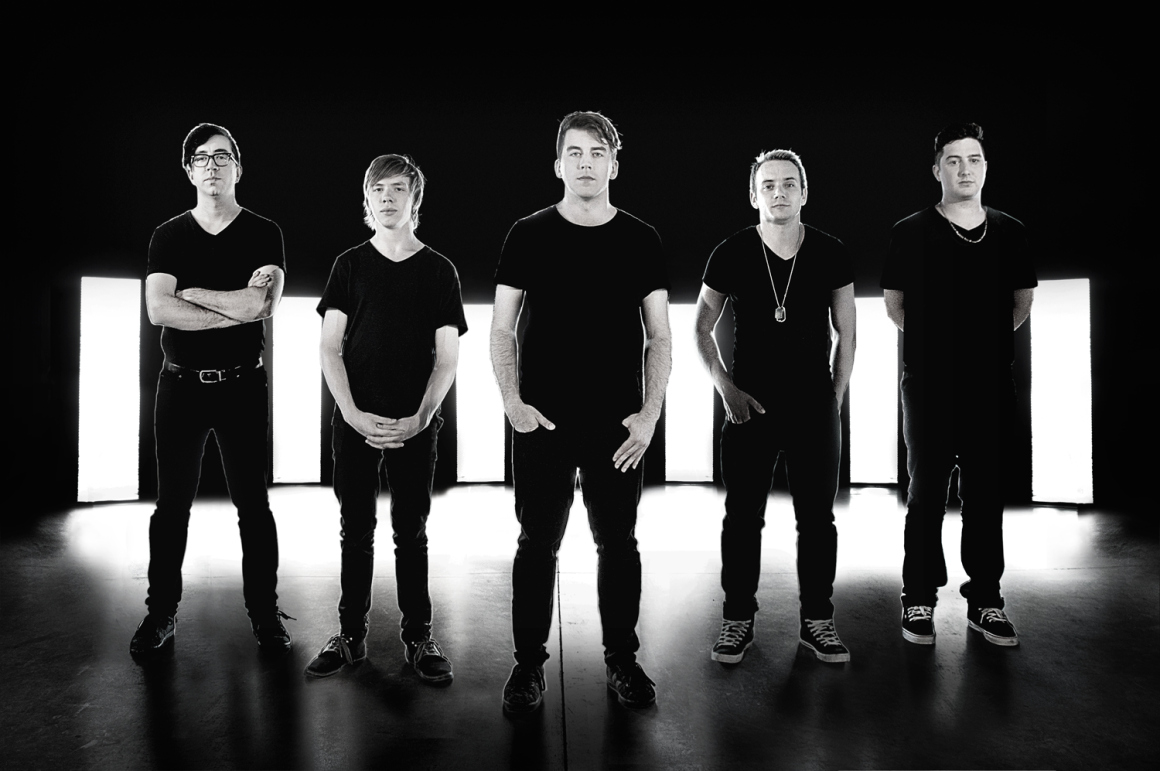 Thought Beneath Film are a indie rock band from Hamilton, Ontario. Formed in early 2012 by brothers Brent (vocals/guitar) and Brian Wirth (guitar) and joined by David Lindsay (guitar/vocals), Joey D’Ambrosio (bass/vocals) and Matt Foster (drums), they are the band to watch in their hometown. Their first single, Cartographers, was released at the end of September and are currently working with Slaight Music and MapleMusic Recordings for their upcoming full length debut.

We had a chance to talk to Thought Beneath Film and ask them a few questions about all their exciting projects.

Can you start off by introducing the band and telling us a little about your music?

TBF: I’m Brent, I sing and play guitar. I’m joined by my brother Brian (guitar), David (guitar/vocals), Joey (bass/vocals) and Matt (drums). We’re Thought Beneath Film from Hamilton, Ontario. Simply put, we’re a rock band. It seems like an insufficient term by today’s standards and it’s often met with the typical follow up: “what kind of rock band are you?”. In all honestly, we like the vagueness of the term and the creative liberty it grants us. We don’t see the benefit in subscribing to some prescribed creative narrative by labeling ourselves as a “punk”, “folk” or “dance” rock band. It seems to be the expectation these days, but it seems awfully counterproductive to us.

Your new single, Cartographers, was released on iTunes recently. How has the reception from fans been?

TBF: So far the reception has been very positive. We’re happy about the fact that the song seems to have an immediate impact on people. That was our goal. The song is aggressive, hyperactive and unrelenting, which is ultimately a reaction to the underwhelming, subdued styles that seem to be so prevalent right now. Society seems to be detrimentally complacent to me right now and I can’t help but feel that the current trends are helping to perpetuate that complacency. We wanted this song to kick people in the face and scream “wake the fuck up”.

Tom Lord-Alge has worked with bands like The Rolling Stones, Coldplay and now Thought Beneath Film. How did the connection come between the two of you?

TBF: Firstly, I can’t say enough good things about Tom. He’s an amazing guy, an incredible talent and a true professional. It doesn’t matter if you’re Blink-182 or a bunch of naive kids from Winona, he gives every project the same respect, care and attention, which I certainly can’t say is true with other producers and engineers we’ve worked with. With that said, there isn’t some interesting story behind how that connection was made. Brian and I are huge recording nerds and Tom’s work has been such a huge influence on our production and mixing for years. So, when the time came, we reached out to him and were fortunate enough for him to take on our project.

Your debut music video is set to be released on October 4th. What was it like filming your first video?

TBF: Shooting the music video was an amazing experience. Working with John and James from Replay Media was a great experience. They totally understood the song and the band. I’m really happy with the final cut. It perfectly reflects the energy of the song. With that said, it was a tiring process. Bouncing off the walls for 30 takes requires a large consumption of caffeine and energy drinks!

Your first cross Canada tour is quickly approaching with plenty of dates across the country. What are you looking forward to most?

TBF: I can tell you what we’re not looking forward to: the 25 hour drives between venues! Nonetheless, it’s a worthwhile sacrifice to us. We love playing to new crowds and cities. We’re especially looking forward to heading out to the west coast. We’ve been out east several times, but this will be our first time venturing west.

When can fans expect more music from you?

Who are your biggest influences?

TBF:  Personally, I’d love to work with Flood. I’m a huge fan of his production approach. His ability to reach the emotional core of a song and channel it in artists’ performances is incredible. I’m such a perfectionist and, at times, it can be a detrimental trait to possess when producing, as it’s not always the “perfect” take that yields the greatest emotional response from the listener. For that reason, I think it’d be an interesting and productive collaboration.

TBF:  Hollerado is a unanimous Canadian fave within our band. They’re an incredibly smart and hardworking band that is really doing everything right in my opinion. Their songs are infectiously hook-driven, but there’s so much substance within them. Menno is a very  intelligent lyricist.

If you want to find out more about Thought Beneath Film check out their website at www.thoughtbeneathfilm.com and be sure to download Cartographers on iTunes: https://itunes.apple.com/ca/album/cartographers-single/id705811016