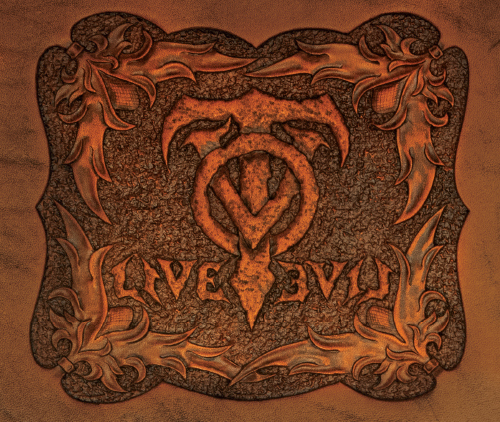 The band was formed in 2009, releasing their debut EP, “Toxic Black Cloud” that fall. Then releasing their first full-length album in 2011, “Flesh Engine”. Now the time has come, they are about to release their third album, “Live Evil”. The album is being released tomorrow, October 19, 2013.

“Live Evil” features seven hard rock songs including my two favourites, “Live Evil” and “Terminal Velocity”. One thing that I really enjoy about this album is that guitar reminds me of classic metal. You can feel the passion and drive in the songs.

“Terminal Velocity” is a bit lighter sounding, but still has that rock n roll/ metal edge. The vocals are awesome on this song. The talent of this band is something you just can’t miss when you are listening. Even if this type of music isn’t your thing, you will be able to appreciate the passion behind the music. And if you are a fan of heavy rock/ metal, this is a band I would highly recommend.