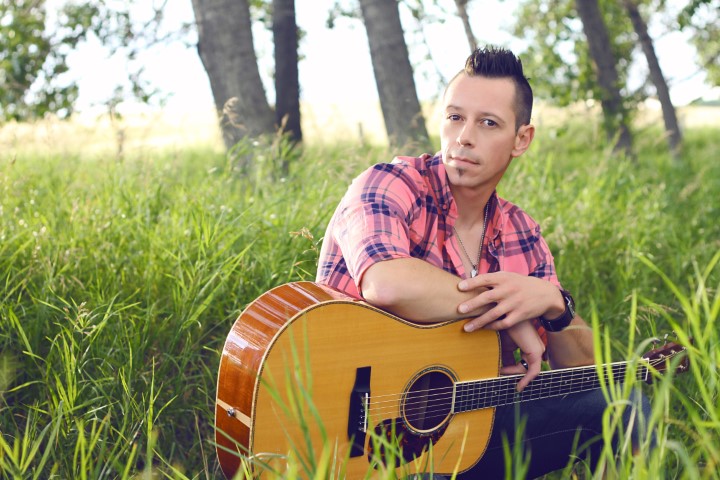 Quentin Reddy is a country artist from Newfoundland. At a young age Quentin taught himself how to play guitar. He wanted to stand out in his family of musicians so he began writing music.
Quentin was in the Top 2 of the CMT show ‘Big in a Small Town’. He has been nominated for Male Vocalist and Fan Choice at this years and the 2012 ACMA’s. Quentin has opened for people such as Dean Brody, Charlie Major and Dallas Smith.
After his single ‘Rest for My Body’ spent 15 weeks on the Canadian Country Music Charts, he is preparing for another release on September 30th .

Canadian Beats is all about Canadian music, who are some of your favorite Canadian bands/artists?

QR: I was born into a huge family of Newfoundland musicians, so music chose me !!

QR: First learned “Sonny’s Dream” by Ron Hynes when I was 3 years old. My mom would sit me in front of her record player and I would sing it over and over.

What was the writing process like for your single, “Rest for My Body”?

QR: Friends of mine, Jason Howard and Doug Forshey wrote the song. But when I first heard it in 2009, I fell in love with it and just knew it was going to be my first single.

Which of your songs gets the best reaction when played live?

QR: Follow your passion, listen to your heart. If you want to play guitar you will.

If you were given the chance to play a show anywhere in the world, where would you want to play it?

QR: A sold out show at Mile 1 stadium in St. John’s

If you were given the chance to collaborate with any band/artist, who would you want to work with?

How would you describe your music to someone who hasn’t heard it?

What song do to suggest someone who hasn’t heard your music should listen to?

QR: Vacation with Mom and Dad at Disney World in 1988.

QR: Red or Black, but my wife tells me black is not a color.

QR: Actually I don’t . I share all my talents with the world.

QR: When you dream, dream BIG. After all, it is your dream !!

Thanks for taking the time to do this interview!