Interview – The Lion The Bear The Fox 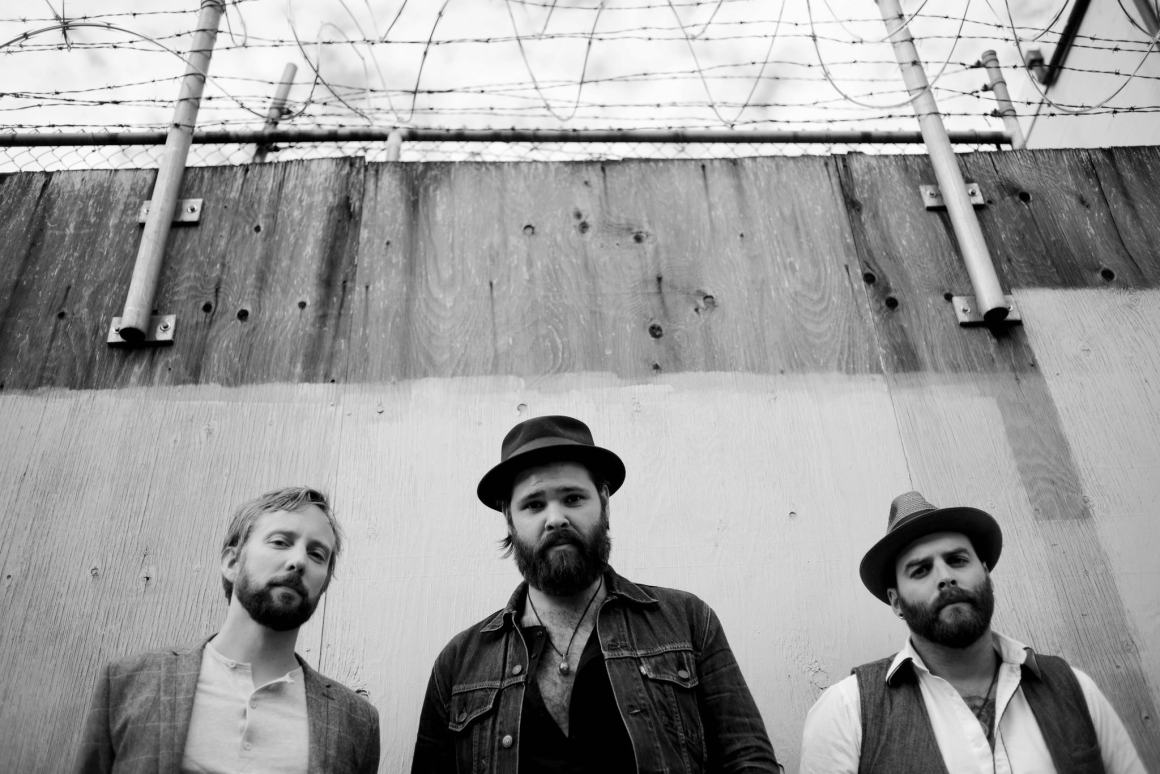 You may have read about this Folk Rock band on Canadian Beats before, and if not, you should go back and look. The band features Christopher Arruda, Cory Woodward and Ryan McMahon.

I had the chance to do a virtual interview with the guys, so keep reading to find out more!

Also, their EP hit iTunes on October 4th, so check that out as well! You won’t regret it:

First off, I want to ask how you chose the name The Lion The Bear The Fox?

Cory Woodward:  After spending weeks trying to figure out a name, we knew we were looking for something masculine and beautiful. Over a couple bowls of Pho with Chris, I had mentioned the use of animals. I come a from a Metis background, and as a boy, my father shared with me my spirit animal, which is the Bear. Minus the large Lion tattoo on Chris’ chest, I feel he does embody the spirit of a Lion. I suggested The Bear The Lion, and when we pondered on Ryan’s spirit animal, it was almost immediate that Fox came to mind. Our name represents our spirit animal, and watching it evolve has been nothing short of brilliant. Folks started to ask who was which animal … well, more so, they ask who the Bear and Lion are – everyone seems to know who the Fox is. I have had several occasions walking around Vancouver now where someone has said “hey, look it’s a Bear!” or “are you the Bear?” My hope is they are talking about the band! We love the name because it represents us a group, as individuals and as three entities from three different worlds, which is the world we all live in daily … we’re all together and alone.

How did you guys meet each other and form the band?

Cory Woodward: I’ve known The Fox since I moved to Vancouver from Edmonton in 2005 and was introduced by a mutual friend while I was bar managing at the Media Club. We hit it off immediately and shortly after, he offered me my first band show in Van! He was the first musical peer I befriended. We’ve known each other since and have only grown as friends and men immensely, especially as of late! Last March, Ryan was looking to tour western Canada. Wanting to wash the sour taste left in his mouth from the years of playing with bands, he was looking to do an acoustic tour where he wasn’t the only act. He asked myself, and he had known Chris for a while and asked him to come along as well. This was my introduction to the Lion, and all I can say is he’s an amazing human being and one of my best friends! We did 20 dates and by the end, we had been joining in on each other’s songs during our respective sets. It was an impromptu performance at The Park Theatre in Winnipeg where we were asked to play a short set that forced us to perform the songs we all knew together, and the response from the audience made it undeniable to us that we had to pursue this further! That was June of 2012, and now we’re about to release our first EP – what an amazing road to here!

You will be releasing your debut EP, “We’d Be Good Men,” in the first week of October; what can we expect from that?

Cory Woodward: Seven songs that represent a transitioning period in our lives. There was no preconception or definition of what our sound should be; I spent too many hours to count throwing shit at the wall and seeing what would stick or felt right over the span of eight months. The album was recorded in 30-plus locations; there isn’t one ounce of conventional audio engineering on this record. The truth about this EP is we did what we had to do to get it done. Outside of mastering and manufacturing, it cost us our time; not one studio was harmed in the making of this record. The numerous basements, living rooms, apartments and a boardroom, plus the walls of the Giggle Dam Theatre, they are the locations where we sprayed our souls against the walls. People will get three hard-working brothers who have made many sacrifices for a life in music the most of which, and what we understand to be the home stretch to something bigger, have been made on the We’d Be Good Men EP! All of that lives in each track, and on top of it all, they are fantastic songs!

You are going on tour from October 8 – 25th, which date are you most excited for? And where would you love to tour in the future?

Cory Woodward: I am most excited for our Edmonton show. It’s where I grew up, and being out B.C., I don’t make it home much, especially now with my lil’ lady being from Ireland; we split our time between there and Alberta when it comes to family visits. The plus of being a Canadian musician is that I get home, even if it’s for a day, to see my family. Watching your family get older in chunks over these last seven years is surreal! I honestly look forward to touring Europe when the time comes. I’ve been there a number of times and I love it so much; the best way to put it is that there is some much more new and old world overseas.

When did you decide that you wanted to pursue music as a career?

Ryan McMahon: Probably around the time I had realized that I had been doing it for so long and developed such a passion for it that it was almost too late to turn back! I don’t have passion or interest for too many other things besides music, so recording and performing seemed like a natural vocation for me to do as well as I could, for as long as I could.

Is there a certain musician or band that has strong influence in your music?

Ryan McMahon:  My influences are many and varied.  Ryan Adams for his honesty, no matter how brutal.  Eddie Vedder for his philanthropy and selflessness, James Brown for his blood, sweat and passion poured into the performance, Warren Zevon for his dark, sardonic wit … Shall I continue?

What would your dream lineup to be part of for a show be?

When writing a song, where do you tend to gain inspiration?

Ryan McMahon: Inspiration comes from everything around me … my friends, my family, my small town …  past regrets, current questions, and future hopes.

What advice would you give someone just getting into the music industry?

Christopher Arruda: Quite simply, get ready to work hard and persevere.  You’ll face rejection and doubt almost daily (from peers, industry folks and yourself), and the important thing is to believe in yourself, not let the rejection get you down, and keep moving forward.  All musicians go through periods of feeling stagnant, and you have to have an abundance of passion, drive and persistence to break through!

What band would you love to perform a cover of one of your songs?

Christopher Arruda: I’m a big fan of bands doing covers outside of their genre, so I think it would be really cool to hear an EDM or dance-pop version of one of our tunes.  There’s a Canadian artist based out of Vancouver who does instrumental, downtempo electronic stuff named Tor.  I would love to hear his cover of “We’d Be Good Men”.

What would your fans be surprised to know about you?

Christopher Arruda: Romantic comedies.  I love them.  Tom Hanks and Meg Ryan are a dream team.  Last night, I actually asked my lady friend if we could watch The Notebook.  For real.  She declined.

Thank you for your time, do you have anything you want to say to your fans?

Christopher Arruda: I’d like to thank them for their support.  It gets said all the time that “we wouldn’t be here without you,” but it’s the absolute truth.  In an age where it’s so tough to make a living playing music, we are literally supported by our fan base.  In many ways, it’s a positive thing because we get to be closer to our audience than ever before.  Our music is all about storytelling and connection and creating relationships, so I’d just like to mention that I’m so thankful and grateful for everyone who comes to a show, listens to a tune or shows us to another friend.  Thank you deeply!