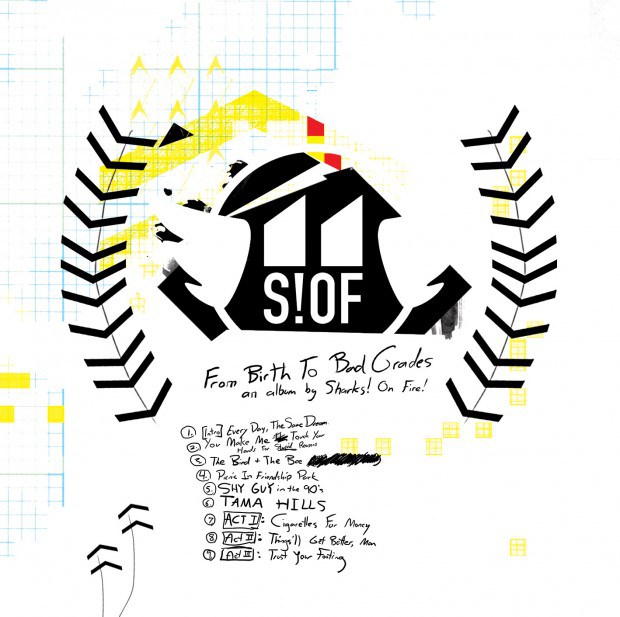 In the summer of 2012 the band recorded their album, “From Birth To Bad Grades (Every Day, The Same Dream) which features nine songs. The video for the first single from the album, “Tama Hills” was released in December 2012.
Watch it here:

The band released their second single on May 10, 2013 for the first song from the album, “Everyday, The Same Dream”.

The album is a strong display of the talent in the band. From the first song on, the band evokes some serious energy. I have a few favourites that I want to touch on. The second track, “You Make Me Touch Your Hands For Stupid Reasons” was one of my favourites. The song seems to have a deeper meaning and those are the types of songs that speak to me. With lyrics such as “Beauty has a best friend, He’s a liar and a cheat, He hurts her knowingly, but it’s her fault that’s she’s naive”. If you’re anything like me, you want to know more about the background of this song. Who knows, maybe we’ll get an email interview in the near future. Keep an eye out.

The second song that I want to talk about is the single, Tama Hills. It’s a great song, a bit more upbeat than the others and gives off a bit more of a “pop” vibe in the beginning but as you get farther into the song, it starts to sound more like the other songs, and tells a story. I have actually been listening to this song on repeat for a while now, and it intrigues me even more to find out about the bands writing process and where they get their ideas.

The last three songs on the album fit together, they are titled “Act 1: Cigarettes For Money”, “Act 2: Things Will Get Better Man” and “Act 3: Trust Your Footing”. I love this idea, telling a full story throughout more than one song.

All in all, this band has put together a great selection of songs to showcase their talents. Keep an eye out for a possible email interview with the band on Canadian Beats.