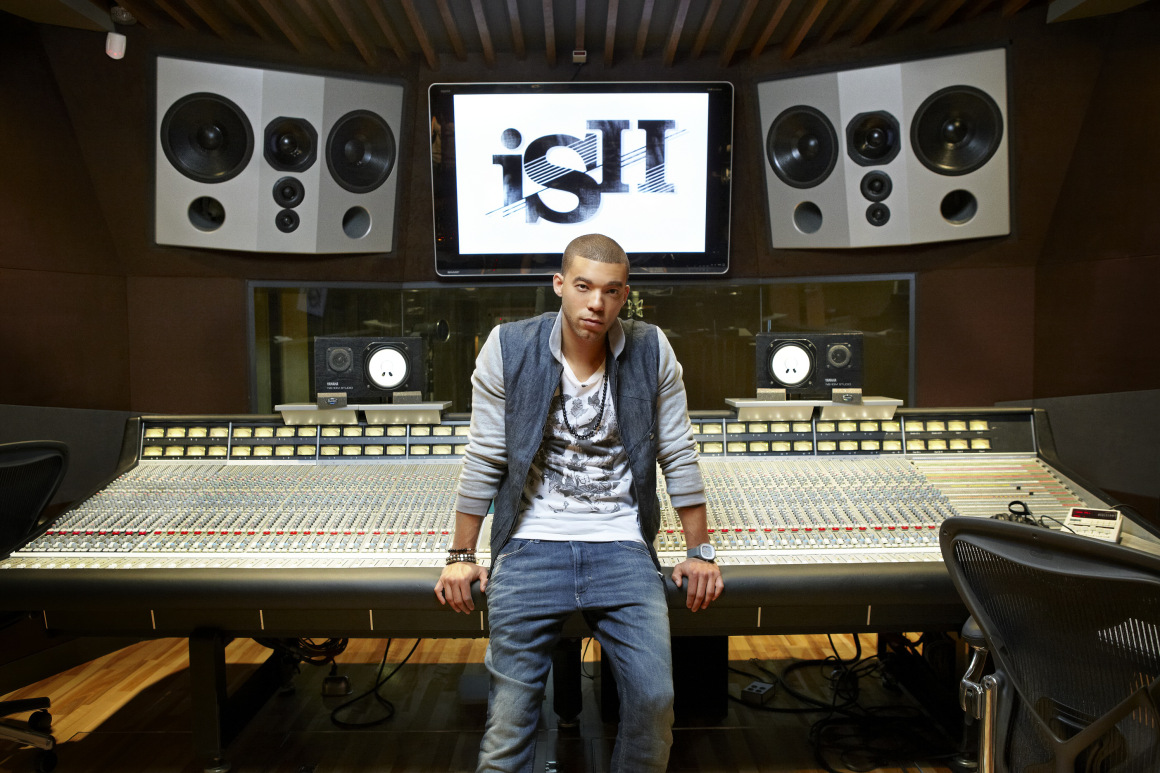 Ish is a Canadian hip hop/pop/ R&B artist based in Toronto, Ontario.

His first single, “Falling In Love With You” broke the top 40 position on Canadian radio. He was featured on the Faber Drive song, Candy Store in 2012.

His latest release is his single, “Rollin” featuring Stef Lang. You can buy it here:

Keep reading to find out more about this talented Canadian artist, as Canadian Beats got the chance to do an email interview with him.

There’s so many amazing canadian artists! Some that I’m feeling at the moment are:
Tegan and Sarah, Dirty Radio, Drake, Richkidd and SonReal.

Probably Drake and Tegan and Sarah. I’d be the opener haha.

I don’t know if I ever decided per say. Music has always been something that I’ve done, even if I wasn’t a “recording artist” I think I’d still be writing songs regardless.

You have worked with artists like Cory Lee, Faber Drive, Stef Lang and Robyn, if you could collaborate with any band/artist who would you want to work with?

Stevie Wonder is my all time dream collaboration!!! I think he is a genius.

What was it like working with Faber Drive on ‘Candy Store’

A lot of fun! We actually wrote a few songs together in Vancouver. Those guys are really nice, it didn`t feel like work at all. We all just hung out, had a good time and some awesome songs came out of it.

Out of all the songs you have written and released, which is your favourite to play?

That`s an impossible question to answer. All of my songs are special to me in different ways. They all represent chapters in my life, things I was going through or feeling at that moment.

You released your song ‘Rollin’ featuring Stef Lang, what were your favourite and least favourite parts of shooting the music video and lyric video?

The lyric video is all comprised of behind the scenes footage from photoshoots, studio sessions etc. As far as the official music video, jumping off the bridge was definitely my favorite part! Was a lot of fun, although the water was freezing!

What was your reaction when you found out ‘Rollin’ was getting popular?

It`s a great feeling to know people can relate to the song. I`ve had people tell me that they`ve been going through really rough moments in their life and that it actually inspired them to keep pushing on. I have a good friend going through chemo treatments right now and he listens to that song to keep him motivated. That means more to me than any of the accolades.

You recently performed at an iTunes showcase, how did that go?

Was a lot of fun. It was a private event and intimate event. Eleven Past One, Courage My Love, Brett Kissel and Kai also performed. Was great to meet and hang out with all those talented performers.

Where did you draw inspiration for your songs?

My new single will be coming out very soon. I`m really excited for people to hear it!

How would you describe your music to someone who hasn’t hear it before?

Hip-Pop. Catchy. Music you want to hear again and again.

If you were going to tell someone who hasn’t hear your music to listen to one of your songs, which would you suggest they listen to?

Rollin`then continue on to the rest.

What was your most memorable fan encounter?

I just met a little kid at a show that new every single word to every song. That is the best feeling ever.

Alot of bands and artist come up with names for their fans like: bieliebers, Trenchers, Drivers,directioners , etc. What would you call your fans?

Haha I have no idea! Let`s ask your readers to come up with some good ones and tweet them to me. My twitter is @TheNameIsIsh

Along with being a singer and recording artist, you are also an actor. What has been your favourite role you’ve played?

I`d say my role in Nikita because I got to shoot lots of machine guns! That was a ton of fun

These next few questions will help your fan get to know you better, what is your favourite food?

Flying over an active Volcano (Mt Kilauea) with my mom in a helicopter.