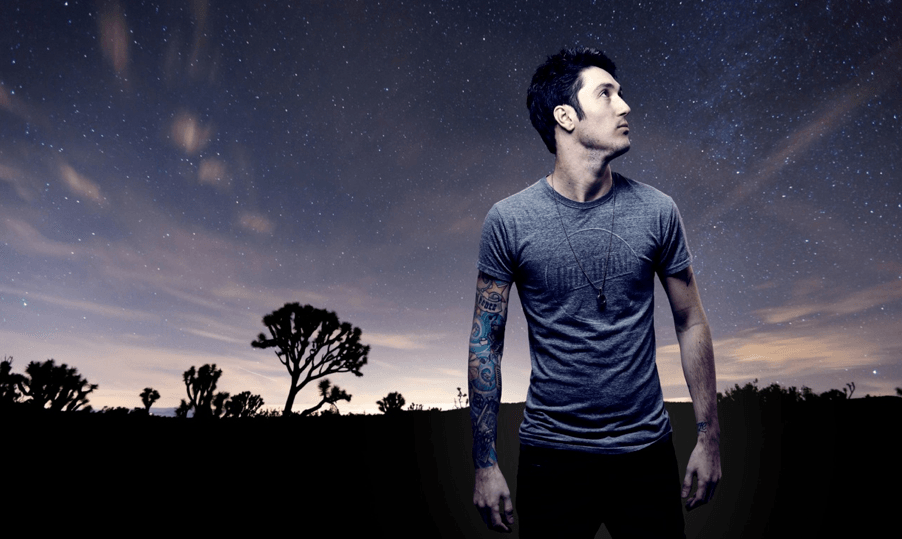 Hopeland is a one man Pop-Rock band from Montreal, Quebec.  I’ve had the chance to do a virtual interview with Tom, so here goes:

How did you  first get into music?

HL: When I was a little kid, my life had no real purpose. When I got 16, my aunt brought me an Aerosmith show, at this exact moment my life changed and I felt for the first time the power of Rock music.

HL: I had a band called Providence when I was 18. We were on tour for the first time and when we hit the location we got a motel and the first thing my friend did in there is to jump onto the bed and he broke the base.

In your career up until now, what has been your favorite place to tour?

HL:  I love touring everywhere, but I have a memory of a tour near Quebec City with another band. At the hotel after the show, we took two rooms for 16 people, with a door in between, that was a terrific party!

What band / artist would you love to have the chance to tour with in the future?

HL: There are too many but if I had to choose I would say 30 Seconds To Mars. The buzz around this epic band is just amazing, Jared Leto’s voice and his charism is an inspiration for me.

I love your debut single, Goodbye. Can you explain the writing process behind the song?

HL: Working with Gautier Marinof and Luc Tellier was a great experience and totally different! Each of them have their own styles and skills. We’ve created a special sound and a meaning around the song. We gave our personal inputs in the meaning of Goodbye.

Your debut EP is set to be released in the fall, can you tell us anything about it?

HL:   I am pretty stoked to finish my debut EP. I’ve worked for so long to define my own sound and to define myself as an Artist. The record is almost done, there is one song left. We’ll set a release party around mid October, not sure yet.

Let’s have some fun!

HL: My really first concert was in high school. A band was invited to perform at lunch time in the theater. I was hanging out with my friends and I remembered that I said “Hey guys we should make a band to impress girls and make out”. That was at the age of 16. Even though we were not that lucky with girls, we had a lot of fun!

If you could explain your music and sound in one word, what word would you use?

HL: Calendar from Panic! At The Disco, I am a junkie of this song !

HL: I’m not a sugar addict, but sometimes I like some Nibs during a long road or a movie.

Which social networking site do you prefer? And how important do you think social media is in the music industry?

HL: I’m not a big fan of social networking now because I am an addict! I am on Facebook, Twitter, Instagram, Youtube.. It’s so confusing sometimes, but I had a crush for instagram, I love to show pics of my cat to the rest of the world 😉

Thank you for your time, last but not least, is there anything you want to say to your fans?

HL: Keep hope in your life. Sometimes we have hard times you need to believe in you ! Don’t let anyone steal your dreams.