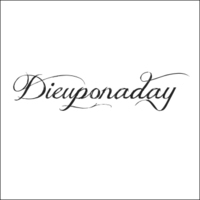 Dieuponaday is a metal band from Edmonton, Alberta. The band was formed in early 2011,but only consisting of two members, Byron Matthews & Wade Tetz. Upon meeting they realized they shared the same goals and began working to finish up the tracking for the self titled album. They then realized they would like to take things further, and start putting a band together to play live.

That’s when Billy Glen, Austin Hologroski and Vance Neihaus came into play, and now the band is formed and with their vision for the future, you should follow them closely.

The self titled album, Dieuponaday was released on August 24, 2013 and it features ten songs, and they are all very much metal. If you are a metal fan, I’m sure it will be right up your alley. If you’re not a metal fan, guess what? There are still some songs that I think you may enjoy. So don’t give up on them yet. I enjoyed a good amount of these songs. My favourite being the final track, Enlightened. In my opinion, this track is a bit less metal, but don’t get me wrong, it still has the heavy tone. Out of all the songs, I think this one could appeal to fans of all different genres.

I also really enjoyed Epiphany, which is the third track on the album. The beginning of the song had my attention and fortunately, it stayed that way.

I want to clarify that my usual type of music is not metal, but I do not discriminate against any genre, and I enjoy aspects of each genre. I would recommend this band to anyone who is a fan of the metal genre, but also to anyone who likes to hear something unique and fresh.