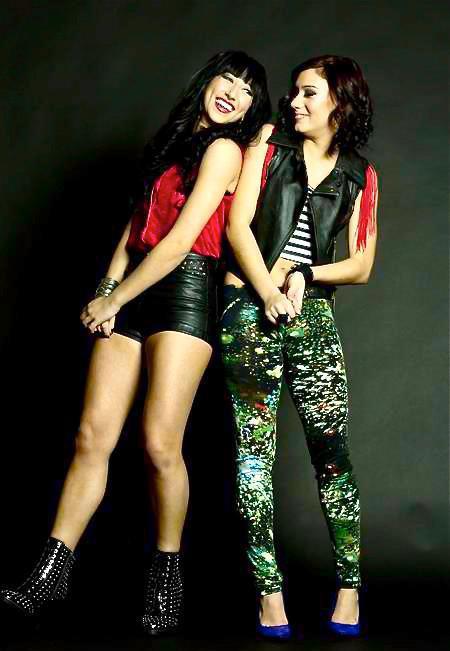 Catina and Angela, a sister act called High Diamond went from being talent dancers to talented singers. They released their first single, “Broken”, on May 17th, 2013. Want to find out more about this Canadian duo? Well you can check out their websites:

Or you can continue to read this interview.

First off, how did you come up with the name, HighDiamond?
CAT & ANG: As dancers the diamond score was the goal to shoot for! Hence the name HighDiamond! Its about being the best you can be!

When did you realize that you wanted to pursue music as a career?
ANG: Since i started singing I knew I wanted to pursue it along with my dancing! I loved both and to this day I wouldn’t be able to choose one or the other so why not put them together!
CAT: I realized that I had a real passion for singing when I was younger and would watch the PCD perform! They were a singing group that had some dance breakdowns in their shows and I wanted to be just like them!

Who has been your biggest musical influences along the way?
ANG: Ive always looked up to Rihanna, and recently Lana Del Rey!
CAT: It changes often! There are so many talented artists I look up too! Carrie Underwood, Pitbull, Katy Perry, Beyonce! Amazing!

If you could choose any band/ artist to tour with, who would you choose?
ANG: Definitely Rihanna!
CAT: I would love to tour with Katy Perry or Pitbull!

How important do you think Social Media is in the music industry these
days?

ANG: Social media is everything these days!
CAT: Did you update your twitter or FB today!?

Last but not least, do you have anything you’d like to say to your
current and future fans?
ANG & CAT: Make sure you bring your sunglasses because HighDiamond is ready
to shine so bright! 🙂