Review – Chad Price – In This Dream 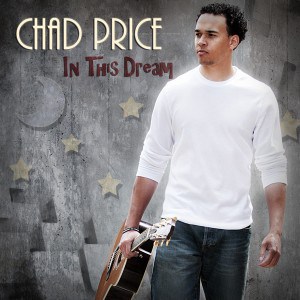 Chad Price is an acoustic based pop-rocker from London, Ontario. He released his album, “In This Dream”on March 6, 2012. The album was recorded with acclaimed music producer, Bill Bell, who has worked with other artists such as Jason Mraz, Justin Nozuka and Tom Cochraine.

Since recording the album, Chad has played with many bands, such as Walk Off The Earth, Paper Lions and Darrelle London.

The album features ten great songs. The album has a mixture of sounds, from pop rock to R &B. Chad’s smooth vocals are a constant, but each song is unique and gives off a slightly differen vibe.

The second track on the album, “Almost Perfect” is my favorite. It’s one of the most upbeat sounding songs, which usually draws me in. On top of that the vocals are absolutely perfect. I am also a big fan of the 5th song, “I’m Good”. It’s not upbeat like “Almost Perfect”, but it projects so much feeling and emotion. I recommend you listen to each song because as mentioned before, each song evokes a slightly different emotion. Although I chose my two favorite songs, it was tough as each song caught my attention.