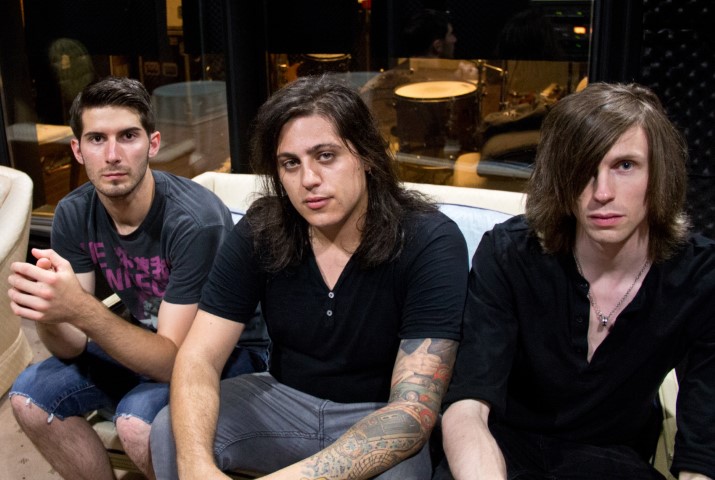 INVERMIER is a 3 piece pop rock band from Toronto. The band has been the project of Elli True since 2005. Eddy Ruyter joined the band in 2013 and Andrew Stricko (former member of Faber Drive) tracked the False Start Mixtape in 2011 and officially joined the band in January 2013.

INVERMIER previously released False Start Mixtape, Stripped Down naked (Acoustic EP) and their brand new single, Just Pretend, which is off of their upcoming debut album, “And Action!”, projected to be released in the fall of 2013. The band recently announced the release of their new EP, Walking Disaster will be on August 27, 2013.

You can check out all of these releases via BandCamp: http://invermier.bandcamp.com

The band’s sound is infectious and once you start listening you won’t stop. The single, Just Pretend, is catchy and the lyrics keep you listening. If this song is any giveaway to the rest of the upcoming album, you won’t want to miss it.

I’m happy to say that I have been able to arrange a virtual interview with Elli True and Andrew Stricko.

ET: I come from a family of musicians for generations, so it was mandatory to start learning piano at the age 3.

AS: Pretty much the same for me,  my family is really musical so naturally it lead to pursing music as a career.

How did you come up with the name, INVERMIER?

IN: Invermere, British Columbia (we spell it INVERMIER) is a beautiful town in the mountains of B.C . It’s an amazing place and thought it would make a great name.

ET: Found my uncles 1970’s Marshall Cabinet in the basement of my parents’ house at the age of 4 and knew I was destined to slay.

AS: My dad played the accordion and i used to sit beside him with my little red piano and try and play along with him.

Who has been your biggest musical influences along the way?

IN: both Andrew and myself grew up on pop punk starting with Green Day, Blink 182, New Found Glory, Yellowcard and Sum 41. We also love our metal.

How would you explain your sound?

IN: It’s really hard to place us in a specific genre, from our heavy guitar riffs to our infectious pop melodies it’s hard to pin point. We will leave that one up to you.

How has your sound changed from your previous releases to the upcoming album?

IN: Our sound has progressed from a heavier raw sound to a more polished rock with pop elements, but still keeping what INVERMIER has always been about heavy guitars and catchy vocals.

I love the single, Just Pretend, is the song any indication of the rest of the album?

IN: Absolutely! We’re proud of the album for the fact that it’s more diverse than we’re used to, it will have a variety of different sounding songs. We’ve experimented and stepped out of our box for some songs, so we’re excited to see how the listeners will react.

Who would you like to tour with in the future:

We want to know a bit more about each of you, so, what would you say your current “go-to” song is?

ET: I’ve been reliving 2006 and listening to Relient K. They just put out a new album though!

If you weren’t pursuing your music careers, what do you think we’d find you doing?

AS: i would probably be a high school teacher

ET: i would be rich…#truth

Last but not least, What would you like to do say to your current and future fans?

IN: To our current fans, we love you thanks for listening. To our future fans, we don’t know you yet but we hope you find us soon.