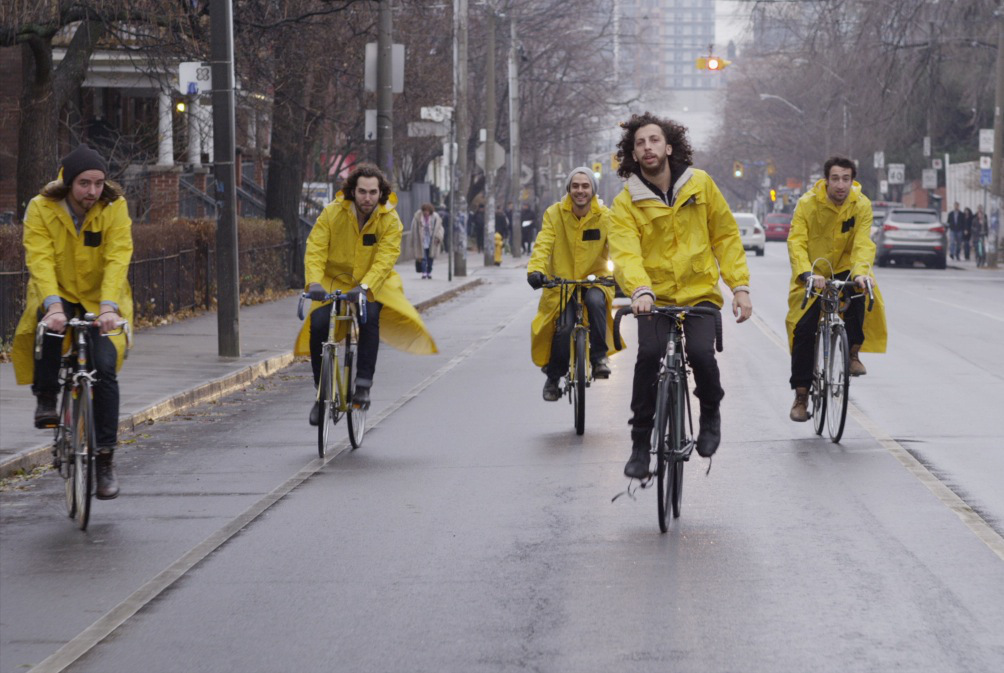 The Little Black Dress is a band out of Toronto, Ontario. The band created an infectious sound
that blends rock and pop. The band has a dedicated fan base, know as the LBD Army and
because of the fans, they have had the opportunity to play all around Ontario and Quebec.

The band has released two EP’s, Strut and the self titled “The Little Black Dress” and has had great success with both of them. The band released their debut studio album, Spotlight, on April 24, 2012 and the album is a great mix of amazing songs. My favourite would have to be “Be Your Man”, which is an upbeat tune that just keeps your singing along and I just can’t get enough of the song. I also really love “We are the dream”, which is a “slower” song on the album, but features amazing lyrics and tells a story about living on the road, from show to show.

Check the band out on twitter (@thelbdmusic) and on facebook (https://www.facebook.com/TheLBDmusic) Still want more? Then you should go buy their album on iTunes: https://itunes.apple.com/ca/album/spotlight/id516345330

Now, let’s get to the interview.

What’s your first memory of the band playing a show?

LBD: Our first show was at a now-defunct venue in Kensington Market in Toronto. It had a 120 person capacity, and initially, I was booked to play a solo acoustic set that night, June 23, 2009. The band had connected so quickly, that between the time that the show was booked, and the time that the show came around, we were ready to play an 8-song set of all original music. We even had 2 of our friends come up and sing some of our songs with us. The show was sold out, and the energy was palpable – it was an amazing feeling that I will never forget. I remember everyone who was there, my friends, my family, friends I hadn’t even met yet. The first song that we played was “Liars and Saints”, I knew that we were on to something really special.

Spotlight is a great album, filled with addictive songs and I, for one can’t get enough of it. What is your favourite song on it?

LBD: Every song on this album has a different memory, tells a different story, evokes a different emotion, mood & feeling. I love every song on this album for what it represents or represented at a certain time in my life. These songs are all so relevant to me that it is hard to pick any one song as a “favourite”. My sweat and tears and energy and passion all sit heavily above and beneath each of these songs, and everyone of them resonates so strongly with me.

Explain how the writing process of “We are the dream” went.

LBD: Kyle and I were sitting in a Canadian Tire parking lot, just outside of Edmonton, mid-summer. Our tour van had broken down, and we were 6 hours shy of getting back on the road. We had our acoustic guitars, as we always do, and just started playing. We were feeling the same thing, and the lyrics just poured out of me. Kyle is always playing guitar and singing harmonies. The song was written in one sitting, under the Edmonton sun, in a puddle of concrete, in about an hour.

When can we expect more from Little Black Dress?

LBD: We’re constantly in the studio. We’re always writing and recording, and constantly gathering new material! Also, we’re set to release a music video for our debut single “Call The Paparazzi”, so hopefully you will be able to check it out on MuchMusic one of these days.

If you could choose only one venue to do shows for the rest of your career, which would you choose?

LBD: Red Rocks Amphitheatre. It’s always sunny, it’s absolutely beautiful, and it would be a wonderful excuse to spend every day in the Rockies.

How important is social media in the music industry these days?

LBD: Social media is a wonderful tool, but it’s easy to get caught up in the number of Facebook Likes or Twitter Followers a band has. If a band is awesome and plays awesome shows and is full of awesome people, then, in turn, the band will attract awesome people, who will ultimately tell other awesome people about that awesome band and the awesome people in that awesome band. When a band focuses on their songwriting, their live performance, and their musicality, it always comes through stronger than anything. Of course, we love posting on Facebook, and on Twitter, and we love interacting with our friends and fans via social media. Some people really like it, and some people simply don’t understand it. For The Little Black Dress, social media has been awesome in terms of keeping us connected with our supporters, and keeping everyone up to date with what we’re doing. We post on a daily basis – sometimes, hourly. The important thing is to remember that there are people out there who may love your music, but don’t have Twitter, don’t check their Facebook page, and don’t rely on e-mail as a form of communication. It is super important to continue to connect with people outside of the virtual realm.

If you had to explain your band to someone who has never heard of them, what 3 words would you use to describe Little Black Dress?

What could we find you doing if you are not playing or writing music?

What band would you never miss seeing live when they come to a city near you?

LBD: Well The Little Black Dress, of course. That one is easy, because there is no possible way that I could ever miss a show! Words like “never” and “always” are so absolute, I just wouldn’t feel comfortable saying that I would NEVER miss a certain band. Because what happens if one day I DID miss that band! Then I’d be a liar, as per this question. A dirty rotten liar! So this way, I can say with full confidence and 100% guarantee that I will never ever ever miss a show by The Little Black Dress.

You can only eat one food for the rest of your life, what do you choose?

NOW for the THIS OR THAT segment of the interview….

LBD: Dogs, hands down, without question.

Cook or Take Out?

Thank you for your time!

LBD: Thank YOU! It is SO important and makes me SO happy that you would take the time to come up with these questions and even more that you are interested to know the answers! Thank you for listening, reading, engaging, and being curious. We will always have time for the people that helped us all along the way, through the ups and the downs. Canadian Beats is the bomb-diggity, and that is a fact.