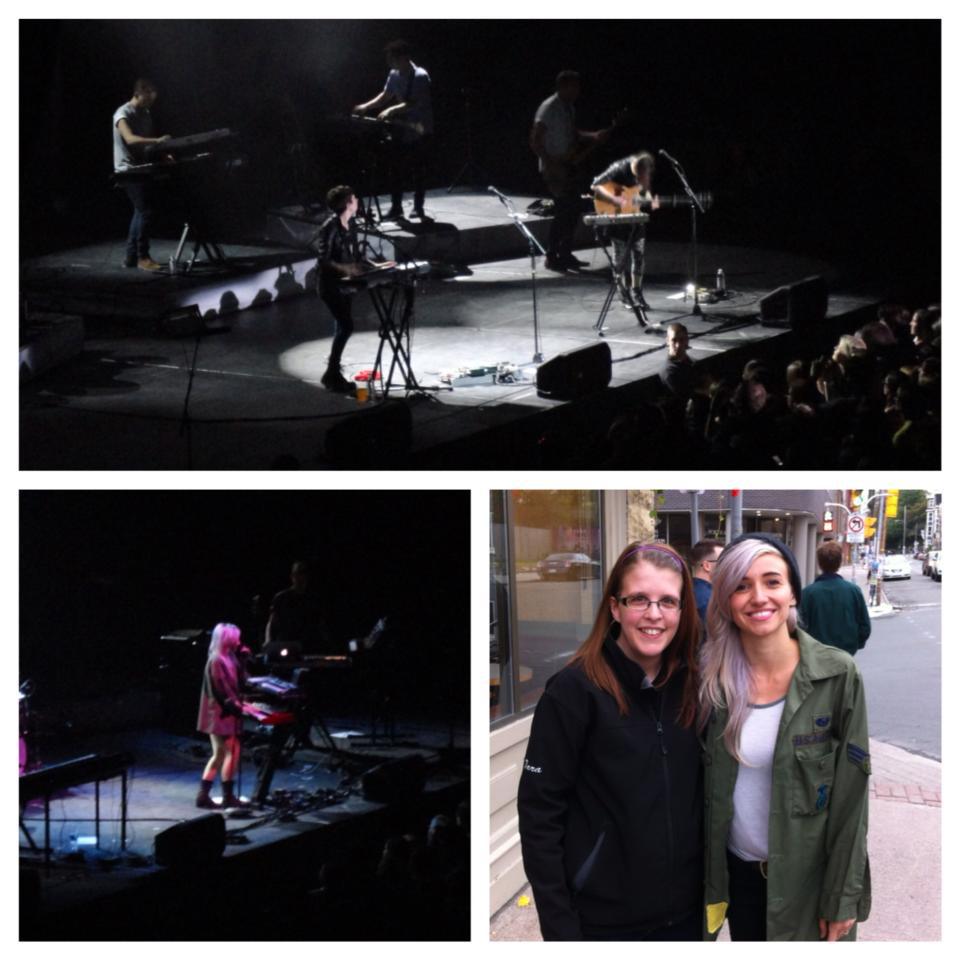 For their very first show in Newfoundland, Tegan and Sara played to a packed house at Mile One Centre on July 29th.

If you know me or even follow me on Twitter, you probably already know how excited I was for this show. I’ve been a fan of opening act, Lights, since 2008 so to hear that she was finally going to be playing in St. John’s. She played hits like Banner, Siberia and her very first single and crowd favorite, Drive My Soul. I happened to run into Lights after she got in town on Sunday evening when she was checking out St. John’s. I’m happy to say that she was really friendly and stopped to talk and take pictures with the few of us there. I even scored an interview with her about a month ago which you can check out at the end of this post.

After an intermission, Tegan and Sara hit the stage and the crowd went wild. They planned an extra long set to make up for the fact that they had never been as far east as Newfoundland even though they have been touring for over a decade. I didn’t know many Tegan and Sara songs but I think I was the only one on the stadium who didn’t. The crowd sang along to every song they played. Personally I think a good light show can make or break a show and they certainly had a blinding one, complete with silhouettes of the band on their backdrop which I thought was really cool.

If you have a chance to check out either Tegan and Sara or Lights definitely do so. You won’t be disappointed.

Here’s my interview with Lights.

You recently wrapped up an acoustic tour. How did the crowd react to the songs done acoustically compared to the original versions?

It was a very intimate experience for the show goers I think, which is the special thing about the acoustic shows. You get right up close and personal with the lyrics and each pluck of the guitar, they were right there with me. Great vibe.

You did several collaborations on Siberia acoustic (Owl City, Max Kerman of Arkells, Beatrice Martin), what made you want to collaborate with those artists? Are there any others you’d like to work with in the future?

I’m a fan of the work of these artists, Max and Adam are friends, Beatrice was introduced to me through my manager. I reached out because I could just so vividly picture all of their voices in specific spots throughout the record. Someday I’d love to collab with Kanye or Bon Iver. Super talent.

You were just added to some Atlantic Canadian dates with Tegan and Sara. What are you looking forward to the most on those dates?

It’s exciting to be hitting up the east coast again. We’ve actually only ever toured there once before, and that was a couple years ago. It’ll be nice to go back with strong female artists who have the same sort of vibe as my stuff. Always a comfortable match and the audience gets it.

And lastly, who are your favourite Canadian bands/artists?

The list is long but among the top are Joni Mitchell, Neil Young, Crystal Castles, Chromeo, Metric, Arcade Fire, and Michael Buble! Just to name a few. We have a lot of talent here.