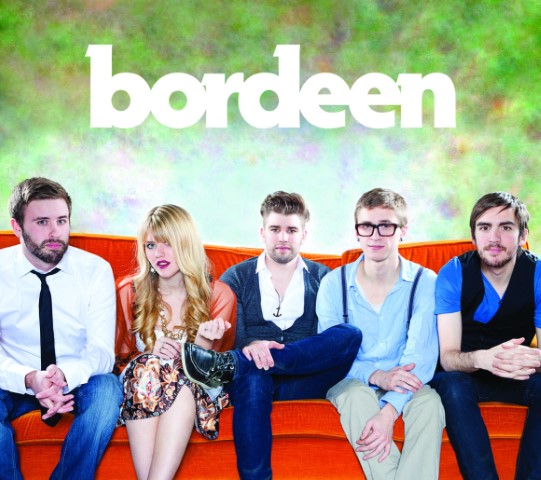 Bordeen is a mix of new pop, southern rock and old school harmonies. Each song on their album keeps you interested and makes you want to hear more.

The band has been nominated for a GMA award, won band showcase events and has played many of Toronto’s top clubs, such as The Mod Clulb, The Annex and The Opera House.

The band has been compared to bands such as FUN and Walk Off The Earth, so if you like those bands, you should give Bordeen a listen, you are going to love what you hear.

The album features a great variety of songs . The band seems to work so well together, and I can imagine that a live show would be a great show. It’s a tie for a favourite for me, “Big Plans” and “Sometimes” are both full of energy. “Sometimes” seems to have a deep meaning behind it, and I love a song that tells a story and evokes emotion, and this band has hit the nail on the head in that aspect.